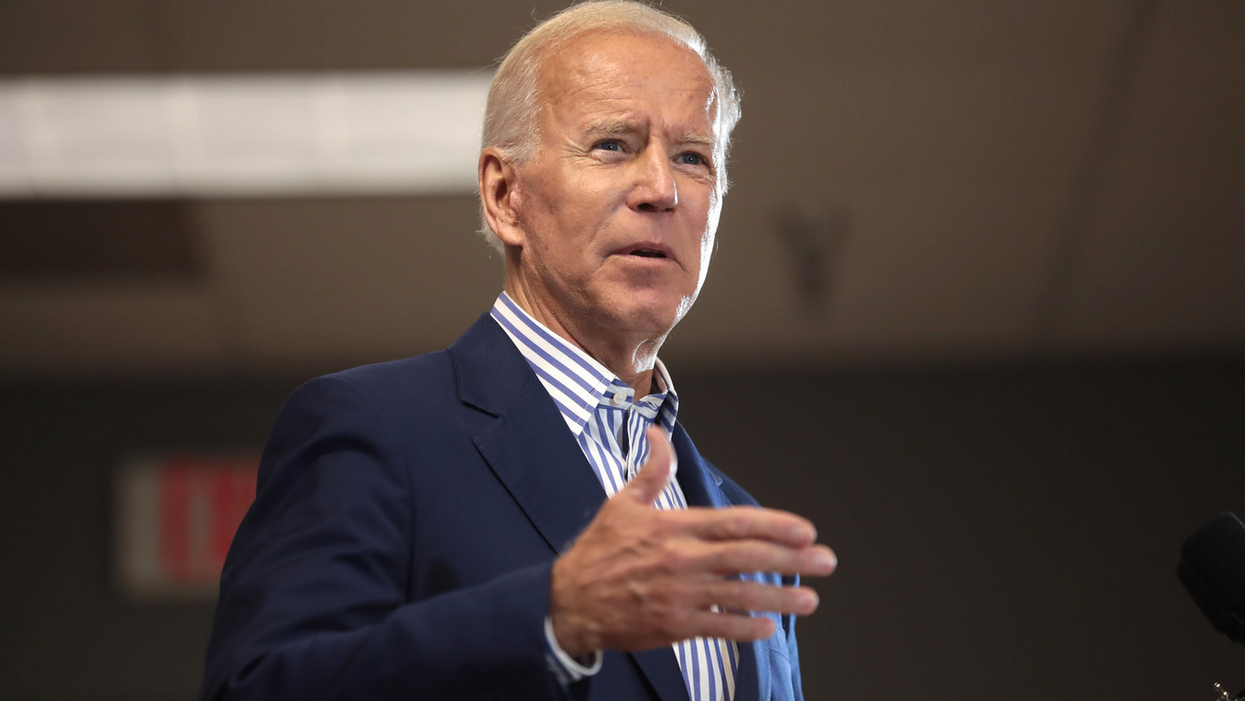 As the decades-long bond between Republicans and corporate America sours, the Biden White House is seeking to take full advantage of the schism and the openings it leaves for Democrats.

Although President Joe Biden is seeking to raise the corporate tax rate in order to partially fund his jobs and infrastructure bill, the administration is simultaneously reaching out to the business community as a reasonable alternative to a toxic Republican Party.

Even as Biden unveiled his American Jobs Plan calling for a seven-point corporate tax increase to 28%, White House officials were briefing the CEOs of Goldman Sachs, Bank of America, and four other big bank chiefs on the proposal, according to the Washington Post. In the following 24 hours, top White House aides courted influential business lobby groups like the U.S. Chamber of Commerce and the Business Roundtable, a group of high-powered business executives.

The result hasn't been total cooperation, but it has led to both a muted and splintered response from the business community. The Chamber, for instance, said it supports the investment but not the corporate tax hikes, while a big tech interest group led by Amazon, Facebook, and Google has effectively embraced the whole plan, calling it "A deal the tech industry can embrace: Pay more taxes, get better infrastructure."

What corporations are now weighing is whether they want to deal with a stable party of adults with which they can negotiate or a bunch of mercurial self-interested opportunists who might blindside them at any given moment. Whether it's Minority Leader Mitch McConnell threatening "consequences," Sen. Ted Cruz of Texas condemning Major League Baseball, or Gov. Ron DeSantis vowing to "fight back" against "woke" corporations "colluding" with the left, it's all part of the same volatile beast that is the GOP.

Republicans can't seem to decide whether they're coming or going, which makes for a very uncertain business environment. Even within the same Post article, GOP operatives were all over the place on how to handle corporate America.

"It's a thankless job defending corporate America," complained Brian Riedl, a former aide to Sen. Rob Portman. Riedl, who now works for the Manhattan Institute, added, "When I talk to Republicans, they are really, really frustrated about this. They are exhausted from defending the 2017 tax cuts from attacks that it was too tilted to the rich and don't see political upside in defending low taxes for corporations."

In fact, Republicans are so exhausted by defending all the terrible policies they've enacted on behalf of corporations, why even bother?

"If these corporations want to act like mini-governments and they're going to throw in with the other side nonstop, we should stop pretending they're our allies," said Andrew Surabian, a Republican strategist. "If they're not our allies, why would we ever waste any political capital on them for some of the very unpopular things they want to get done in government?"

On the other hand, Democrats' bid to raise the corporate tax rate is supposedly energizing the GOP.

"Regardless of what the business community does, Republicans will never not be energized to run against Democrats who raise your taxes," a senior Senate Republican aide told the Post.

Oh, and once again with the argument that Democrats are still the real threat, even if Republicans did help inspire a deadly insurrection at the Capitol.

"After the riots on January 6, I told people, why don't you wait and see what the new president's policies are and that should direct your giving?" said Lisa Spies, a GOP fundraiser. "You should just focus on the policies."

Yeah, whatever you do, don't actually listen to what Republicans are saying—just focus on the policies.

So Republicans are apparently sick and tired of doing all the heavy lifting for corporate America, but still enthused by fighting tax increases—and can still be bought off far more reliably than Democrats. It doesn't exactly sound like everyone is singing from the same song sheet.

As for Democrats, there seems to be a lot more consensus. The general view of the White House and Democratic strategists is that raising the corporate tax rate several points isn't a dealbreaker for the business community given all the benefits it will reap from a revolutionary upgrade to the nation's infrastructure.

"A raise from 21 to 25 — which is where [West Virginia Sen. Joe] Manchin has put the marker at — is not going to create mass hysteria, particularly when many corporations had an economic boom during the pandemic," said Jefrey Pollock, president of Global Strategy Group, a Democratic public relations and polling firm.

Former Congressman Barney Frank, who served as chair of the House Financial Services Committee, agrees with that sentiment, noting that the corporate community prizes the stability Democrats are offering over the populist whims now guiding Republican politicians.

"The business community—responsible elements of the business community—have figured out it's in their interest to help defuse angry populism," Frank said. "They're not afraid of Joe Biden. Biden does not say they're bad people, and that's a large part of it. But they're also not as afraid of what Democrats will do. They're much more afraid of the Republicans."