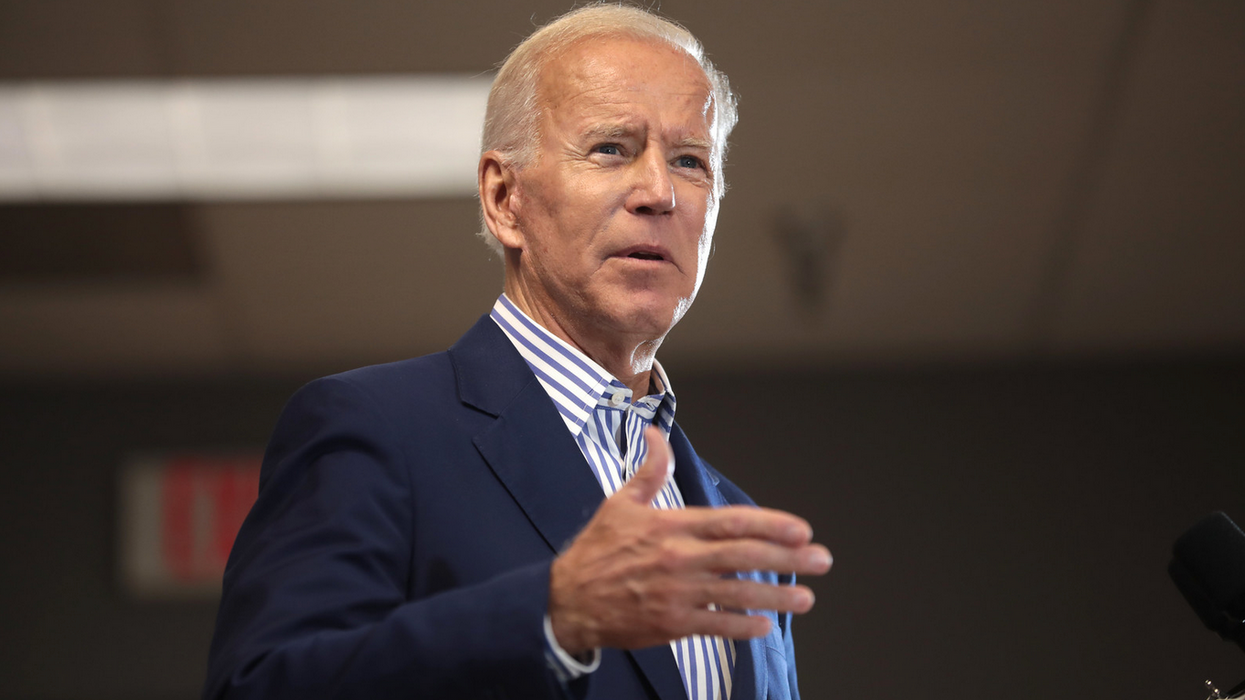 President Joe Biden angered progressives so much when the White House announced week that it would keep former President Donald Trump's historically low cap on refugee admissions despite vowing to increase the number by more than 400% after taking office that he was forced to walk it all back within hours.

Secretary of State Antony Blinken had formally notified Congress that the cap would be lifted for this year on February 12. But Biden, at first ignoring growing pressure from Democrats to lift the cap, signed an emergency presidential declaration on Friday keeping the number of refugees for the Trump-era refugee cap at 15,000 just two months after promising to raise it to 62,500. The U.S. accepted nearly 85,000 refugees the year before Trump's election.

Friday's declaration was meant to speed up the processing of refugees approved for admission but an administration official told CNN that Biden will not lift the cap at all this year despite repeated assurances from the White House that the president remains committed to his promise. The move comes as the United States is on pace to admit the fewest number of refugees in modern history despite Biden's repeated vow to reverse his predecessor's policies, which Democrats decried for years as racist and xenophobic.

"It is simply unacceptable and unconscionable that the Biden administration is not immediately repealing Donald Trump's harmful, xenophobic, and racist refugee cap that cruelly restricts refugee admissions to a historic low," Rep. Pramila Jayapal, D-Wash., the chair of the Congressional Progressive Caucus, said in a statement on Friday. "By failing to sign an Emergency Presidential Declaration to lift Trump's historically low refugee cap, President Biden has broken his promise to restore our humanity," she added.

"Biden promised to welcome immigrants, and people voted for him based on that promise," she tweeted. "Upholding the xenophobic and racist policies of the Trump admin, [including] the historically low + plummeted refugee cap, is flat out wrong."

Biden's former presidential primary foe Julian Castro called out Biden over reports that the decision was made due to political "optics" surrounding the border influx.

"This is a bad decision," he said on Twitter. "Trump gutted our refugee program, a cornerstone of our global leadership and values. His polices can't be the default we carry on—especially for the sake of 'optics.'"

The White House had already backtracked late on Friday, announcing that Biden would set a "final, increased" refugee cap by mid-May. It's unclear why Biden reversed his campaign position on the refugee cap within a matter of weeks after taking office but a senior administration official told The New York Times that the administration was concerned that the influx of unaccompanied minors at the border has "already overwhelmed the refugee branch of the Department of Health and Human Services." Of course, asylum seekers at the border are processed through a wholly separate system than refugees fleeing persecution and violence overseas.

An administration official told The Times that Friday's executive action would reverse a Trump-era policy that disqualified most Muslim and African refugees and allow the administration to fill all 15,000 available refugee slots, though it will leave thousands of fully vetted refugees stranded at camps around the world. The U.S. was previously on pace to accept fewer than 5,000 refugees this fiscal year.

"This step lifts the restrictions put in place by prior Administration on where refugees can come from," she tweeted. "We need to rebuild resettlement program and we are committed to continuing to increase refugee numbers."

But there are already "over 35,000 refugees have already been vetted and cleared for arrival, and over 100,000 are in the pipeline often waiting years to be reunited with their loved ones," argued David Miliband, the head of the International Rescue Committee, an humanitarian aid group.

Friday's reversal stunned refugee rights groups who expected the administration to follow through on its promise.

"We are reaching out to the White House to understand why this figure is a fraction of what the administration committed to in congressional consultations," Krish O'Mara Vignarajah, who heads the Lutheran Immigration and Refugee Service, which helps resettle refugees, told NPR. "We know we find ourselves in challenging times, but we pray President Biden will fulfill his pledge to return the U.S. to our position of global leadership on refugee resettlement."

Biden's directive came on the same day that a group of Democratic lawmakers led by Rep. Ilhan Omar, D-Minn., who came to the US as a refugee, called on Biden to immediately lift the cap.

"Having fought for four years against the Trump Administration's full-scale assault on refugee resettlement in the United States, we were relieved to see you commit to increasing our refugee resettlement numbers so early in your Administration," the letter said. "But until the Emergency Presidential Determination is finalized, our refugee policy remains unacceptably draconian and discriminatory."

"I think right now we have, well, it's a very few thousand, and we have to increase that number," she said Thursday.

Biden similarly argued that restoring the refugee program was imperative when he entered office, vowing to quickly lift the cap for this year and double the number to 125,000 for the fiscal year beginning in October.

"The United States' moral leadership on refugee issues was a point of bipartisan consensus for so many decades when I first got here," he said in February. "It's going to take time to rebuild what has been so badly damaged, but that's precisely what we're going to do."

The International Rescue Committee released a report earlier this month detailing the decimation of the refugee program under Trump, who slashed the cap from 110,000 when he entered office to 45,000 in 2018, 30,000 in 2019, and 18,000 in 2020. Miliband, the group's president, told CNN on Friday it was "deeply disappointing" that Biden chose to maintain one of Trump's most controversial policies.

"The rightful erasure of discriminatory admissions categories does not dispense with the need for a higher number of refugees to be admitted," he said.

Immigration groups also sounded the alarm over the Biden administration's confiscation of land across the Southern border stemming from legal battles over Trump's border wall.

Biden launched a 60-day federal review of resources used for the wall on his first day in office but the review has not been completed and there is no timeline for its conclusion despite the March 20 deadline. Mayorkas reportedly told DHS employees that Biden's halt "leaves room to make decisions" on finishing some "gaps in the wall." And the Justice Department has continued to seize land from families with about 140 pending eminent domain cases still active, Politico reported.

Biden vowed on the campaign trail that his administration would not build "another foot of wall" and vowed that he would "withdraw the lawsuits" and was "not going to confiscate the land." But the DOJ said in a court filing last month that Biden's first-day proclamation "left open the possibility that some aspects of the project may resume" and the department is still trying to seize private property. Just this week, the government seized six acres of land in Hidalgo County, Texas from one family.

"DOJ sought continuances in pending cases, including in this case, in which the government had previously filed motions for possession of land on the southwest border in light of President Biden's proclamation terminating the national emergency at the southern border of the United States and directing 'a careful review of all resources appropriated or redirected to construct a southern border wall,'" a DOJ official told Politico.

Jose Alfredo Cavazos, whose family's land was seized in the case, told Politico he was "very disappointed" by the Biden administration's reversal.

"I thought when he said no more wall that we would get no more wall. But apparently not," he said.

"I'm ... very, very disappointed in Joe Biden. I thought he was a man of his word but apparently he's not keeping his word," added Reynaldo Anzaldua Cavazos, another member of the family. "He said not one more foot of wall and no land forfeitures. We took him at his word and we want him to keep his word."