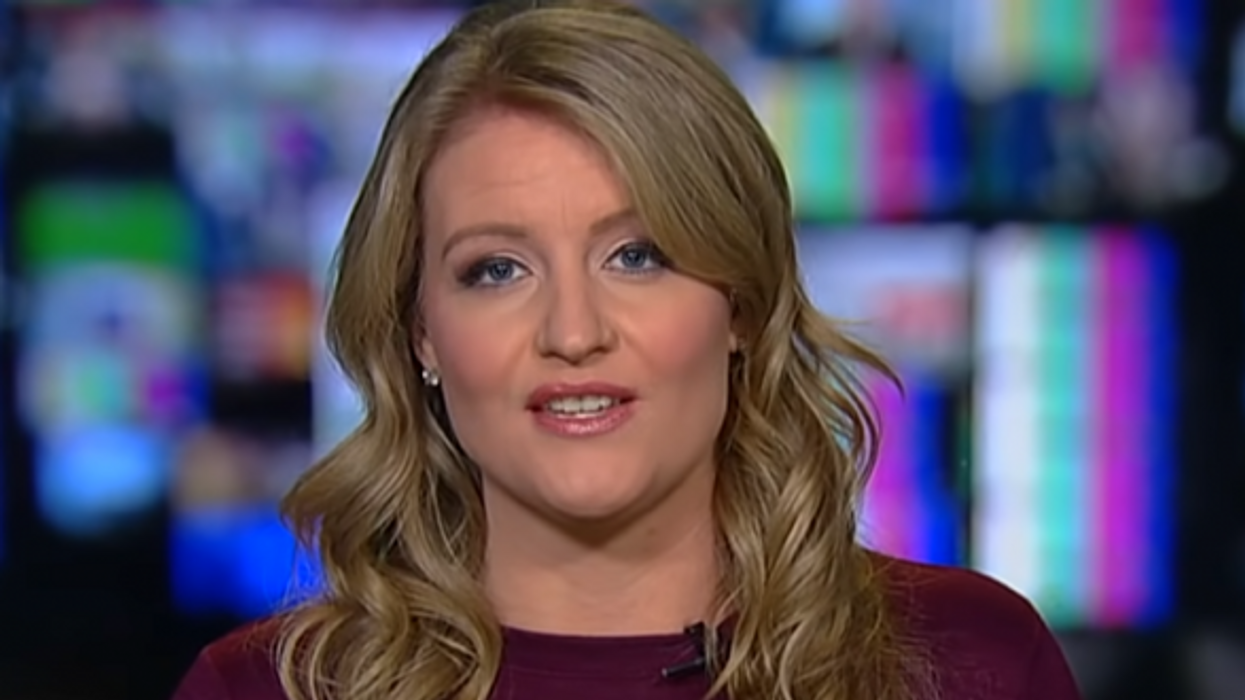 Former Trump campaign and personal attorney Jenna Ellis is under fire for attacking U.S. Senator Raphael Warnock (D-GA) who is also the senior pastor of the late Dr. Martin Luther King, Jr.'s church, as a "heretic." She is also being criticized for attacking two MSNBC hosts "who don't even pretend to be Christians."

Ellis, whose career claim of being a "Constitutional law Attorney" is questioned by experts given her apparent lack of legal experience and having never argued a case before the Supreme Court, had no problem attacking Senator Warnock on Easter.

On Easter Sunday Ellis slammed Warnock for a tweet she called "heresy," which Warnock later deleted.

This is a false gospel and heresy. We cannot save ourselves. The absolute truth and only meaning of Easter that ma… https://t.co/uetCzapc3c
— Jenna Ellis (@Jenna Ellis)1617563747.0

In it, he talked about how doing good work can help people to save themselves, something the religious right saw as an attack on the Christian church.

But she wasn't satisfied. Ellis continued to attack Warnock as a "heretic," and claims being pro-choice is "against the Bible and moral truth," despite the Bible not opposing abortion, according to some.

Ellis continued her attacks, going after MSNBC's Mehdi Hasan and Joy Reid, after they pushed back on her calling Rev. Warnock a heretic.

Hasan was happy to take on Ellis, who was incapable of grasping the gravity of her heresy attack:

And then Ellis attacked both Hasan and Reid as "Leftists who don't even pretend to be Christians."

Leftists who don’t even pretend to be Christians (like @JoyAnnReid and @mehdirhasan) defend Warnock’s heresy just b… https://t.co/ttWR3YLsUQ
— Jenna Ellis (@Jenna Ellis)1617598516.0

Reid's Christian faith is not in question, and Hasan is Muslim. Neither are "pretending." But Ellis' attack is larger than against the MSNBC hosts or "leftists."

The message Ellis is sending, whether she meant to or not, is that in America you have to either be a far right wing Christian or "pretend" to be one – which goes against everything our Founders stood for. She's attacking a person who has talked about his Islamic faith openly as someone who doesn't "even even pretend to be Christian," as if pretending to be Christian is something people should do – or have to do in Ellis' America.

Last week Gallup reported that "Americans' membership in houses of worship continued to decline last year, dropping below 50% for the first time in Gallup's eight-decade trend. In 2020, 47% of Americans said they belonged to a church, synagogue or mosque, down from 50% in 2018 and 70% in 1999."

Are they not acceptable to Ellis?

Why does anyone have to "pretend" to be Christian to be acceptable to Ellis and the religious right, many of whom have bastardized the Christian faith, used it as a sword, a shield, and for political advantage while not practicing its most important tenets?