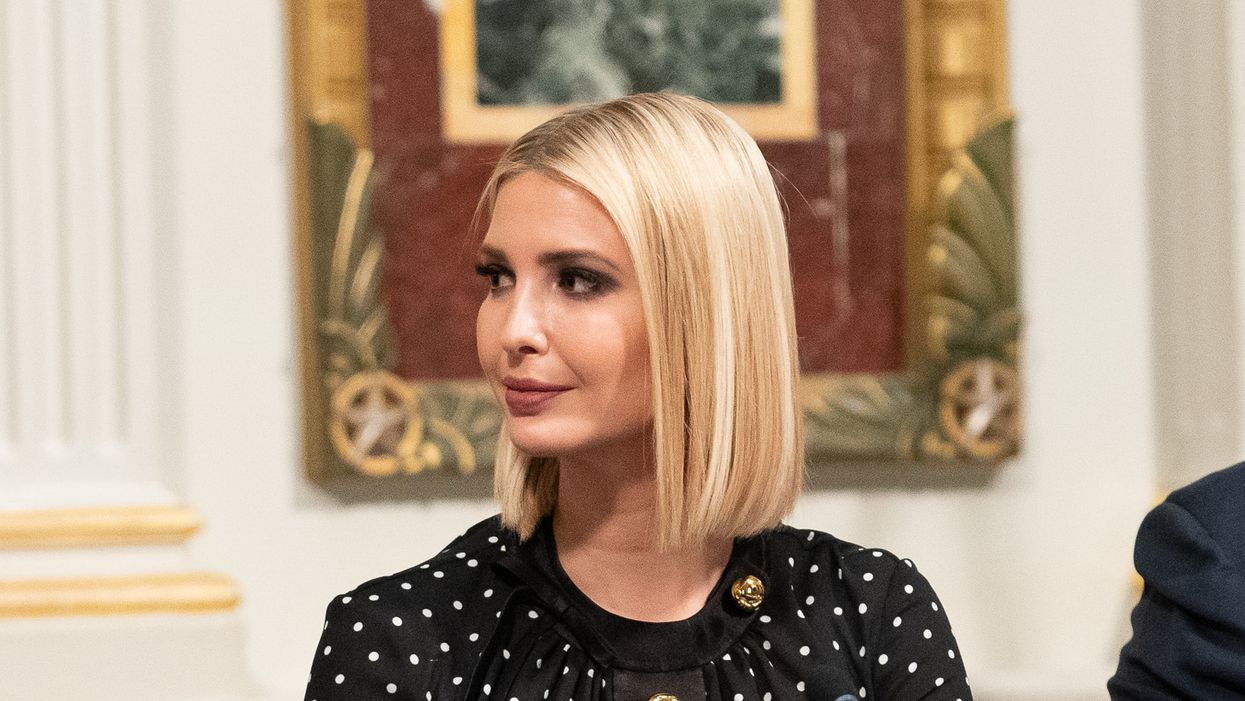 The Government Accountability Office (GAO) has concluded that Ivanka Trump's signature policy initiative suffered from systematic implementation failures. The report, which was released on Wednesday, has been described by media outlets as "damning."

Trump rolled out her Women's Global Development and Prosperity (W-GDP) initiative as part of the 2018 Women's Entrepreneurship and Economic Empower Act (WEEE Act) in the U.S. Agency for International Development (USAID), according to Politico.

The program, which supporters saw as a "whole-of-government approach," was designed to bolster women's programs in 10 different government agencies with the specific goal of supporting low-income entrepreneurs. One of the agencies, the U.S. Agency for International Development, was given $265 million per year to subsidize the expansion of micro, small, and medium-sized business enterprises. Half of the funds were earmarked for women.

Trump originally hailed the W-GDP as a sweeping initiative that enabled her father's administration "to rigorously track the execution and the efficacy of the money that we are spending."

However, according to the GAO's 14-month audit of the program, it appears that her claim could not be further from the truth. No process was ever established by USAID to successfully direct money to its intended target groups, the agency said. Furthermore, no system was put in place to monitor the funds, and no clear eligibility requirements were drawn up to regulate which businesses could benefit from the program.

"We identified three key gaps that impair USAID's ability to develop such a process," the report started. "First, USAID has not identified the total funding subject to the targeting requirements. Second, although USAID has programs designed to help the very poor, it is unable to determine the amount of funding that reaches this group. Third, although USAID has MSME activities that benefit women, it has not defined enterprises owned, managed and controlled by women and does not collect data by enterprise size."

According to the GAO, the gaps in knowledge surrounding Trump's initiative leave USAID "unable to determine what percentage of its MSME resources is going to the very poor and enterprises owned, managed and controlled by women."

One Trump administration official told Politico that 2017 was a year plagued by a disorganized potpourri of women's empowerment programs that never had any "clear goal or purpose." White House officials reportedly had little control over USAID, which was charged with carrying out WEEE spending.

However, Trump was said to have held frequent meetings with the officials who ran the program. At one point, she alleged that the W-GDP helped 12.6 million Americans in 2019 alone. Ultimately, the GAO found no clear indication of success. "USAID has not defined and does not collect information necessary to meet its statutory targeting requirements," the report concluded.

For remedy, the report issued six recommendations, which suggest "a definition for enterprises owned, managed and controlled by women" and establishing new ways of assuring that allocated funds are distributed by the program as required. Gloria Steele, the USAID's acting administrator, told The Hill that the agency had accepted all six of the recommendations.