The misguided prophets of a new conservatism: Why right-wing intellectuals struggle to make sense of Trump 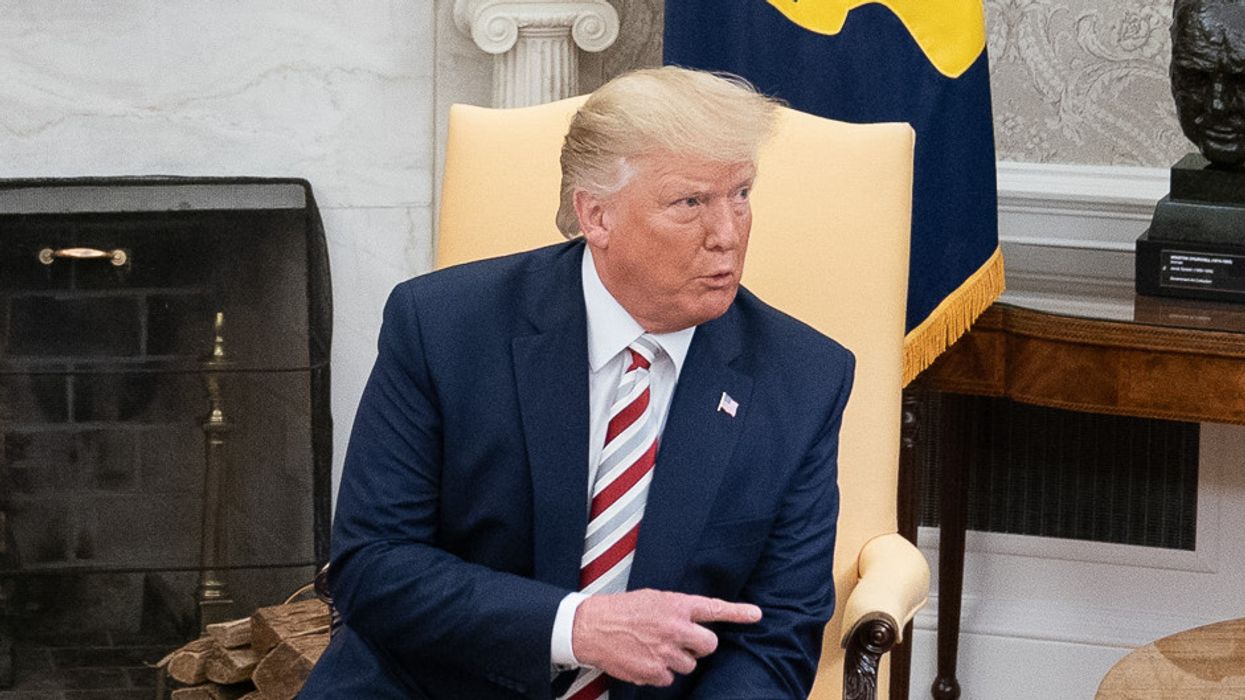 If you're like most people, you haven't followed the twists and turns of conservative intellectual efforts to gin up a new account of American conservatism distinguishing it from Trumpism. But if the past is any guide, don't worry. You're not missing much.

The conservative movement that lasted from the late-1970s until 2016 looks positively egg-headed compared to today's Trumpist party. Trump's intuitive genius was to understand the standard account of the Republican coalition was incomplete. A big slice of the "smaller government" crowd, Trump understood, wasn't motivated by economic interest at all. Rather, for a lot of exurban and rural Republicans, small government was not about reducing taxes but a way of starving the government of resources that benefit people they didn't like—namely, people who aren't white.

So far the effort to do that has yielded very little. Even before Trump, the so-called "Reformicons," a circle of conservative intellectuals centered around National Review's Ramesh Ponnuru and National Affairs's Yuval Levin, argued that conservative economic policies should be reoriented away from the Reagan-era catechism and toward support of the working class—in particular, toward a set of policies aiming to strengthen the economic position of ordinary families and to restore social mobility.

Trump's ascent initially made the Reformicons look prophetic. But "reform conservatism" sputtered out in part because it was, well, still conservative. It was still burdened by the conservative reflex to devolve responsibility for reforms to state and local governments and to private charities—none of which were remotely up to the task. More to the point, the Reformicons weren't meeting the GOP's working-class voters where they were. They were trying to marry traditional conservatism to class-consciousness. But the GOP's working-class voters were far more focused on race.

Next came "Common Good Conservatism," even less likely to appeal to Trump's GOP. The main text is Notre Dame political philosopher Patrick Deneen's Why Liberalism Failed, a 2017 polemic arguing that virtually all of our society's pathologies can be laid at the feet of liberalism's identification of individual autonomy as the principal good.

Deneen's book has had more influence than it deserves. His idée fixe is too simple—he reduces liberalism to a sort of soft libertarianism. Deneen's response is essentially rehashed Reformiconism, but without the engagement with practical politics that made the Reformicons' ideas minimally credible. Deneen argues for more localism, more communitarianism, but he does little to explain practically what kind of political movement would be needed to get us there or how it could be put together.

The surest sign "Common Good Conservatism" is going nowhere is its hijacking by a band of well-credentialed kooks operating under the banner of Catholic "integralism." Advocated most loudly by Harvard Law professor and recent Catholic convert Adrian Vermeule, integralism understands the "common good" as equivalent to (less liberal) pre-Vatican II Catholic doctrine (as Vermeule and his collaborators misunderstand it).

To give you a sense of Vermeule's program, here's his argument for prioritizing immigration for "confirmed Catholics" ("confirmed" meaning Catholics who have completed the sacrament of confirmation in their early teens, thereby signaling to Vermeule that they are "real" Catholics rather than merely baptized non-believers):

The principle is to give lexical priority to confirmed Catholics, all of whom will jump immediately to the head of the queue. Yes, some will convert in order to gain admission; this is a feature, not a bug. This principle will disproportionately favor immigrants from Africa, Asia, and Latin America. (Note here that the priority is for actual Catholics, not for applicants from "historically Catholic countries"; relatively few Western Europeans will pass through the eye of the needle, and the Irish will be almost totally excluded). It will disproportionately favor the poor, and will draw no distinction between those seeking asylum based on a fear of persecution, and those fleeing "mere" economic hardship. It will in effect require opening the southern border of the United States, although immigration from Canada will rightly become a rare and difficult event, at least if we do not count a small subset of Quebecois.1

It's difficult for me, as a Catholic who grew up worshipping in a working- and middle-class parish (unlike Vermeule, who was raised Episcopalian in Cambridge, Mass., by well-off academics) to explain how absurd integralism is as an account of Catholicism as it exists in America. The mass of American Catholics would have no truck with Vermeule's ideas—indeed, they are far more likely to view them as confirming the worst prejudices that non-Catholics hold about Catholics and their supposed authoritarian bent (see, e.g., the speech Senator John Kennedy was forced to give to dispel the fear that as president he would be taking orders from the Pope).

Integralism as a political program, is, if possible, more preposterous. Vermeule said opposition to his immigration proposal "almost necessarily defends some alternative principle of immigration priority that allocates fewer spots to non-whites and to the poor, and is thus a troubling indicator of racism and classism infesting whoever voices that opposition." Um, yeah. And that's exactly the reef on which integralism, if it didn't already have about a thousand other disabling features, would ground. There is no constituency in the GOP for a race-neutral immigration policy. It's the opposite.

So what's the future of conservative ideas? It's hard to count intellectuals out entirely; the movement will continue to maintain the "ideas infrastructure" (which doesn't cost much) if, for nothing else, to support useful apparatchiks. That said, if intellectuals continue to produce ideas that would only work if we replaced the current conservative base with some better set of voters, the auguries aren't good. It may be at some point that it's the conservative intellectuals who get replaced—that is, we may see the current bunch pushed aside by new entrants who attempt to prettify white racial authoritarianism. Those ideas would be terrible. But at least they'd be relevant.