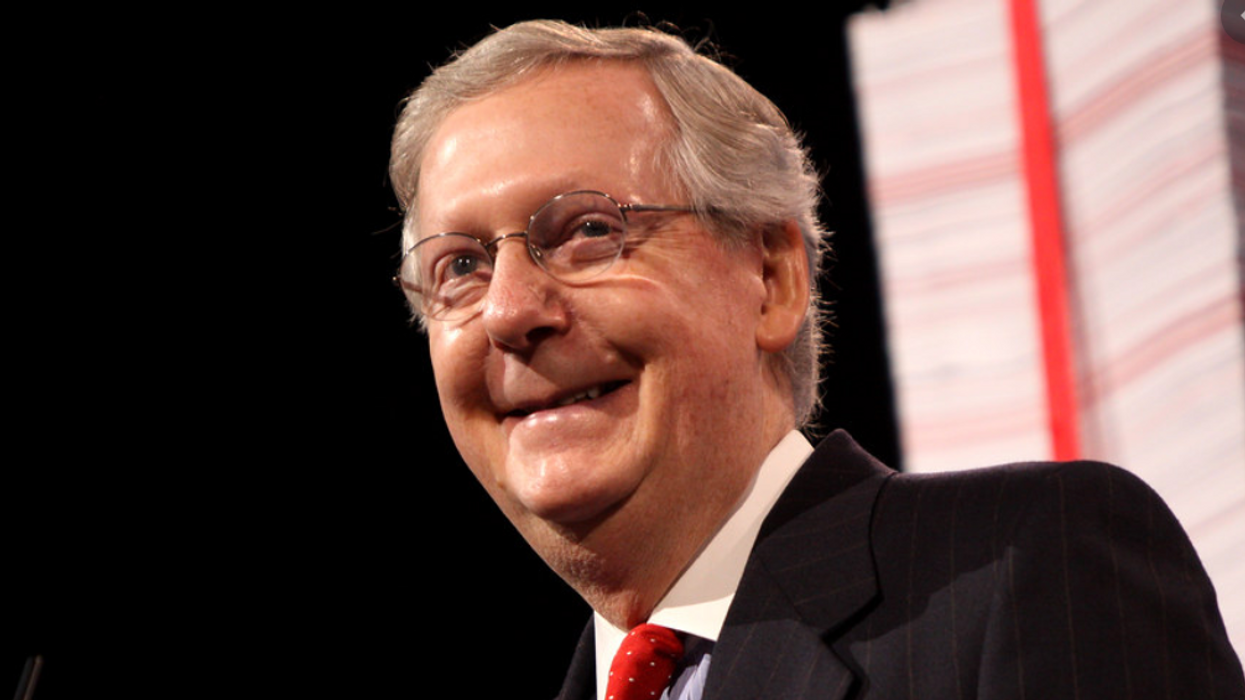 The more one thinks about the position Republican lawmakers are taking on President Joe Biden's American Jobs Plan, the more preposterous it seems.

In essence, they are eager to kill an infrastructure proposal that will create millions of jobs, in order to preserve the skimpy corporate tax rate they set in a 2017 law that absolutely bombed with the American public.

It's a loser any way you slice it, starting with the proposition that Americans never liked the GOP's tax giveaway to the wealthy to begin with, and still don't. A series of polls taken around tax time in 2019 found the GOP tax law was consistently underwater and peaked at 40% approval.

Yet this unfortunate piece of Trump-era legislation is indeed where Republicans have planted their flag, in service of maintaining an obscenely low corporate tax rate of 21% when most Americans already believe corporations aren't paying their fair share. In fact, multiple polls have now shown that increasing corporate taxes to help fund Biden's infrastructure package actually makes the plan more popular.

Even as Republicans seem keen to pick this fight, corporate America has been a bit more skittish about it. CNBC reports that businesses were "divided" over how aggressively to combat Biden's suggested tax hike to 28%, which is still 7 points lower than the 35% they paid before Republicans slashed it. Biden's 28% proposal is also very competitive with the tax rates of similarly situated countries.

But at the end of the day, corporations both want and need the $2.3 trillion overhaul to the nation's ailing infrastructure and have been mulling "whether to put up much of a fight," according to CNBC. Additionally, taking the position that major businesses shouldn't help foot the bill for investments that will clearly benefit them seems almost preposterous. The U.S. Chamber of Commerce, for instance, said the country needed "a big and bold program to modernize our nation's crumbling infrastructure." But the Chamber also opposed the tax increase, explaining the plan "should be paid for over time—say 30 years—by the users who benefit from the investment." The suggestion, in case you missed it, is that American corporations somehow won't be benefitting from the investment.

But corporate opposition is already faltering. Outgoing Amazon CEO Jeff Bezos has thrown his weight behind Biden's plan, specifically saying he was "supportive of a rise in the corporate tax rate" and hailing the administration's "focus on making bold investments in American infrastructure." The benefits of the overhaul, in Bezos' estimation, clearly outweighed the costs of a several-point bump in the tax rate.

This week, a new center-left group associated with Amazon also backed Biden's plan. The Chamber of Progress, a tech industry group funded by behemoths like Amazon, Facebook, and Google, announced its support in a Medium post titled, "A deal the tech industry can embrace: Pay more taxes, get better infrastructure."

Chamber of Progress founder and CEO Adam Kovacevich quoted none other than Treasury Secretary Janet Yellen in his post, noting her observation that "by choosing to compete on taxes, we've neglected to compete on the skill of our workers and the strength of our infrastructure. It's a self-defeating competition."

In essence, Republicans' indefensible position against raising taxes is already imploding, and they are barely a few weeks into the fight.

Even centrist Democratic Sen. Joe Manchin of West Virginia—who has promised Republican votes exist on infrastructure—seems unimpressed by the GOP's starting position of a $600 to $800 billion package. "We're going to do whatever it takes. If it takes $4 trillion, I'd do $4 trillion, but we have to pay for it," Manchin said Thursday, noting that lawmakers still needed to identify what type of investments should be included in the bill. "There's no number that should be set on at all," he added.

Wherever Republicans land, it seems safe to say that $4 trillion is a far cry from $600 billion. Manchin has also indicated an openness to raising the corporate tax rate to 25%. In fact, if anything, Manchin already seems a little annoyed by Republicans' unyielding opposition to President Biden's proposals.

"I just hope they help me a little bit in bipartisanship," Manchin said of Republicans. "That's all."

Perhaps the GOP's "red line" on raising corporate taxes is already wearing thin with one of the only Senate Democrats willing to entertain Republican antics.

So just to sum up: Republicans are trying to sell voters on the notion that it's worth killing jobs to protect a corporate tax cut they never liked to begin with, while corporations themselves splinter on the matter and one of the GOP's only Democratic allies feels further alienated.