Republicans are facing an 'identity crisis' while longing to take back the House in 2022: report 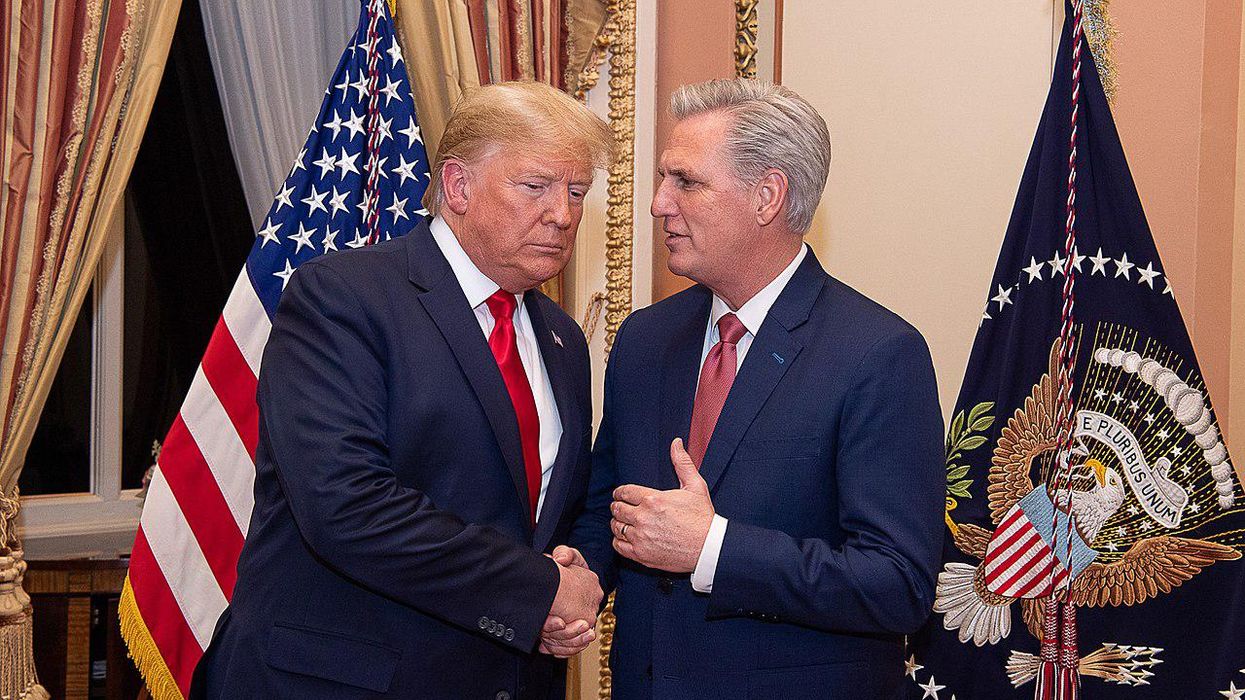 Five months have passed since former President Donald Trump was voted out of office, but three months into Joe Biden's presidency, Republicans find themselves debating what role Trump should play in their party. Journalists Rick Klein, Averi Harper and Kendall Karson discuss the Trump-related divisions within the GOP and its "identity crisis" in an article published on ABC News' website on April 27.

"For a dose of optimism," the ABC News reporters explain, "Republicans can spend some time thinking about historical trends about midterms, review new Census numbers showing red state growth or just think about President Joe Biden's promises of new taxes and new spending. For some pessimism, they can spend time thinking about themselves — and how their party's direction is getting challenged from within."

The "continued disagreement about the proper role of a certain Florida resident in determining the GOP's future course" was evident during a recent Republican policy retreat in Orlando, Florida, according to Klein, Harper and Karson. That Florida resident is, of course, Trump, who has been living on his Mar-a-Lago resort since vacating the White House on January 20.

Some GOP candidates are going out of their way to express their allegiance to Trump. Rep. Liz Cheney of Wyoming, however, continues to be blatantly anti-Trump and still blames him for the January 6 assault on the U.S. Capitol Building. House Minority Leader Kevin McCarthy, according to Politico, has asked Cheney to tone down her scathing anti-Trump rhetoric. But Cheney isn't backing down.

McCarthy asked Cheney to “tone down” her remarks about Trump. Which have been dead-on, even-handed, and right. Tone… https://t.co/DtupozouuE
— Amanda Carpenter (@Amanda Carpenter)1619523987.0

"Much of the Republican opposition to Biden's agenda thus far is built on the assumption that what the GOP needs most to return to power is not screw things up," Klein, Harper and Karson observe. "There's plenty of worry inside the party that Republicans are more than capable of doing just that."

The results of the 2020 U.S. Census are back, and the ABC News reporters note that overall, they are good news for Republicans going into the 2022 midterms.

"Texas will be electing two new House members in the 2022 cycle, the largest gain of any state," Klein, Harper and Karson note. "Florida and North Carolina, too, will be adding a district, while states like Michigan, Pennsylvania and Ohio are shedding one. California is losing a seat for the first time ever, and New York lost a seat to Minnesota by 89 people."

The reporters continue, "That shift maintains a Republican edge for the redistricting process, particularly with the GOP controlling legislatures in states like Texas, Florida, Georgia and North Carolina — all four of which are among the highest risk states for gerrymandering, according to the Brennan Center for Justice. And between those four states, it is possible for Republicans to flip the balance of power in Congress."