35 states are at risk for 'rigged' elections because of severe gerrymandering: report 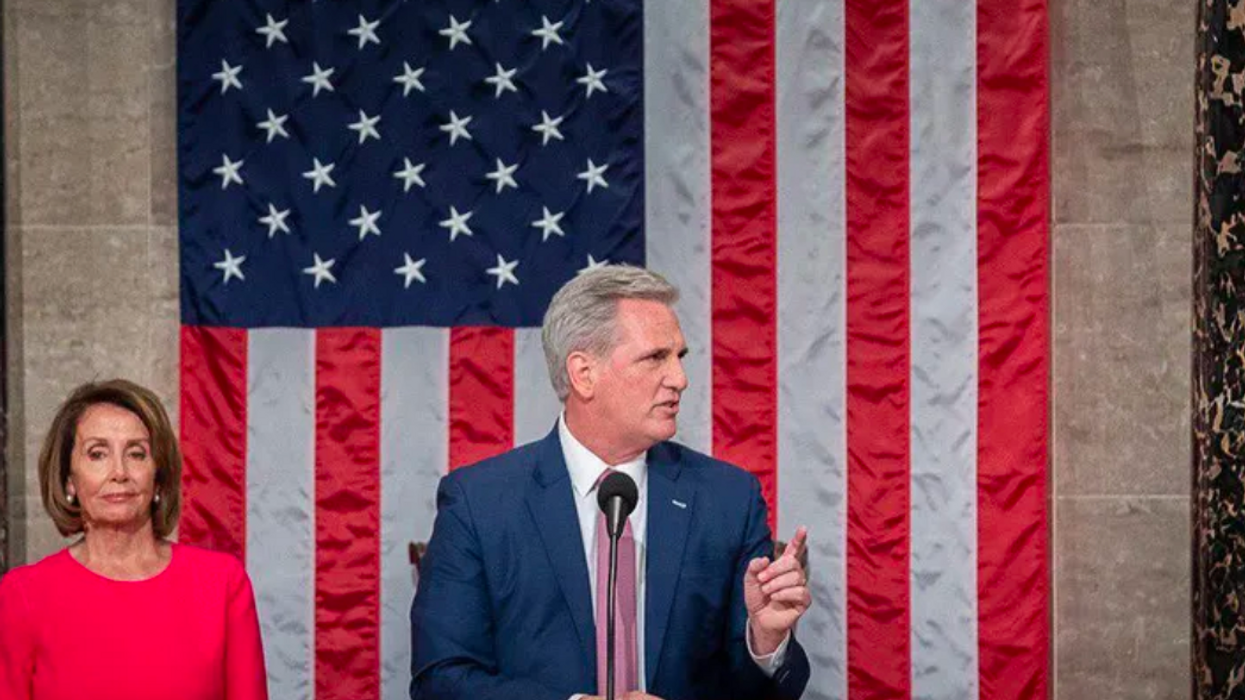 In addition to voter suppression, one of the tools that Republicans will have in their effort to retake the U.S. House of Representatives in 2022 is gerrymandering. And according to a new report by the nonpartisan RepresentUs, severe gerrymandering could result in "rigged" election maps in 35 different states.

The report explains, "The redistricting laws in these states provide little protection against politicians manipulating district maps for partisan or personal gain. Unless these systems change in the next few months, more than 188 million people will live with the threat of gerrymandering and rigged maps for the next 10 years."

Redistricting is taking place in the U.S. in 2021 and 2022, and that redistricting will remain in place for ten years after that until the next U.S. Census is conducted.

"In many places, the state legislature draws the maps which are approved by the governor. If one party controls the House, Senate and governor's office, they have enormous power to control whose votes count and which party gets an unfair advantage for the next decade. Currently, Republicans control 61 state legislative chambers, as opposed to Democrats' 37, and control the House, Senate and governorship in 23 states as opposed to Democrats' 15."

RepresentUs breaks down individual states based on how severe the threat of gerrymandering is. Seven states receive a "minimal" rating, including California, Arizona, Hawaii, Michigan and Colorado — while Texas, New Mexico and Nevada are among the many states that according to RepresentUs, have a "high" or "severe" risk of gerrymandering.

Zhang notes, "Gerrymandering disenfranchises voters by either using them for partisan advantage or sidelining them in order to gain an advantage in other places. The practice is often racist — Republicans tend to 'pack' non-White voters who lean Democratic into strangely-drawn districts and then draw other districts with a more balanced slate of voters, who are usually White. Racial gerrymandering is illegal, but gerrymandering is very difficult to prove in court."

Some of the most severe gerrymandering occurred during President Barack Obama's first term. According to Zhang, the redistricting of 2011 and 2012, "led to some of the most gerrymandered and racially discriminatory maps" in U.S. history.

In an official statement, RepresentUs co-founder Josh Silver warned, "This report makes it clear that gerrymandering is a national crisis that needs an urgent and bold solution. Politicians are already preparing to pick their voters during this year's redistricting. But with the For the People Act, Congress has a chance to stop them before they get started."

House Resolution 1, a.k.a. the For the People Act, is a voting rights bills that was recently passed by the U.S. House of Representatives but faces an uphill climb in the U.S. Senate — where Democrats have a narrow majority.

Other states that have an "extreme" risk of gerrymandering, according to RepresentUs, include Georgia, Minnesota, Louisiana, Kentucky, Delaware, Kansas Wisconsin and Tennessee. Meanwhile, RepresentUs cites Pennsylvania and Maine as states with a "moderate" gerrymandering risk.