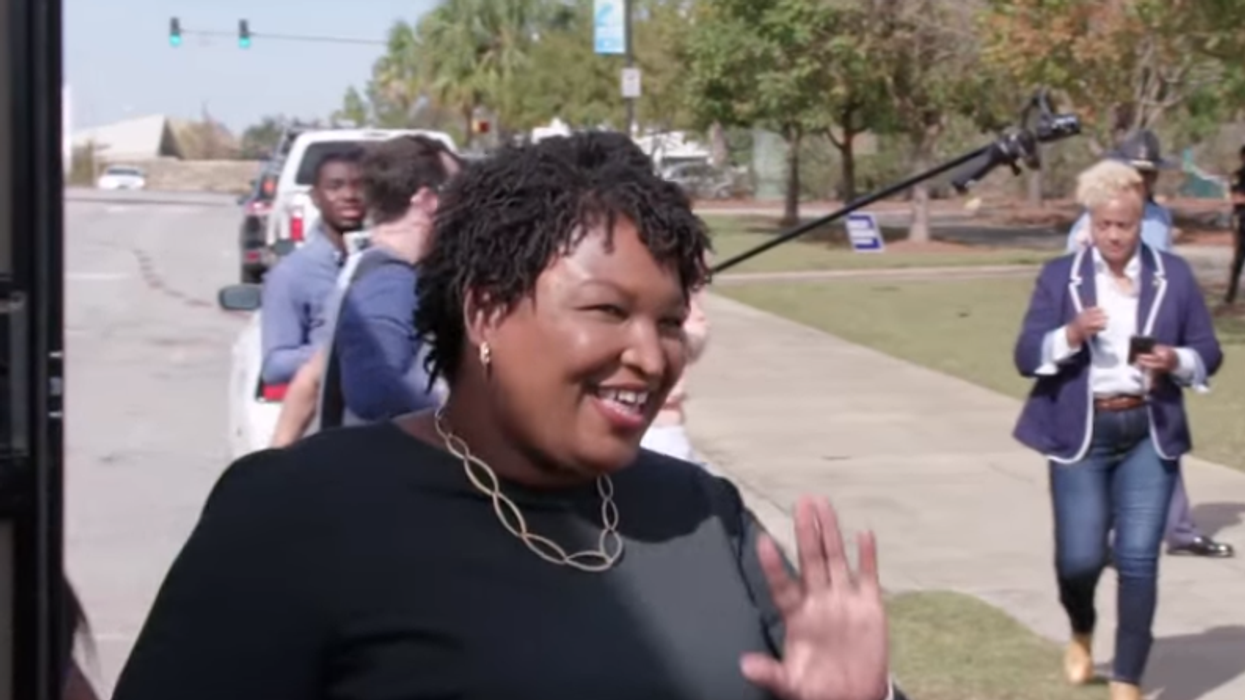 In Georgia, Gov. Brian Kemp is blaming Democratic activist Stacey Abrams for Major League Baseball's decision to move its 2021 All-Star Game from the Peach State to Colorado in response to the racist voter suppression bill that Kemp recently signed into law. But in fact, Abrams urged MLB to keep the event in her state — a position that Rep. Ilhan Omar of Minnesota politely disagreed with.

Georgia's new voter suppression law, the so-called Election Integrity Act of 2021, has drawn vehement criticism from Democrats as well as from some Never Trump conservatives for the ways in which it makes voting more difficult —

from making it harder to obtain an absentee ballot to limiting access to ballot drop boxes to making it a crime to give food or water to someone waiting in line to vote. President Joe Biden slammed the law as "Jim Crow in the 21st Century," arguing that African-American voters are one of its primary targets — and major Georgia-based companies like Delta Airlines and Coca-Cola have been vehemently outspoken against it as well.

So has Abrams, who Kemp narrowly defeated in Georgia's 2018 gubernatorial race. But when MLB Commissioner Robert Manfred announced, on April 2, that MLB would be moving its 2021 All-Star Game from Georgia to Colorado, that wasn't a decision Abrams had encouraged. And Kemp is being deceptive when he points the finger at Abrams.

At the Georgia State Capitol on April 3, Kemp said, "The Election Integrity Act expands access to the polls and ensures the integrity of the ballot box. Then, why did MLB move the All-Star Game yesterday? Because Joe Biden and Stacey Abrams have spent days lying to Georgians and the American people…. The truth is that Joe Biden hasn't read the bill, and Stacey Abrams is raising millions off the fake outrage that she has created."

Although Abrams slammed the law as racist voter suppression, she didn't believe that moving the MLB All-Star Game out of Georgia was the best way to fight back. And when Omar was interviewed by CNN's Jake Tapper, the progressive Minnesota congresswoman explained why she disagreed with Abrams' position.

"We know that boycotts have allowed for justice to be delivered in many spaces," Omar told Tapper. "The civil rights movement was rooted in boycotts. We know that apartheid ended in South Africa because of boycotts — and so, our hope is that this boycott will result in changes in the law because we understand that when you restrict people's ability to vote, you create a democracy that isn't fully functioning for all of us."