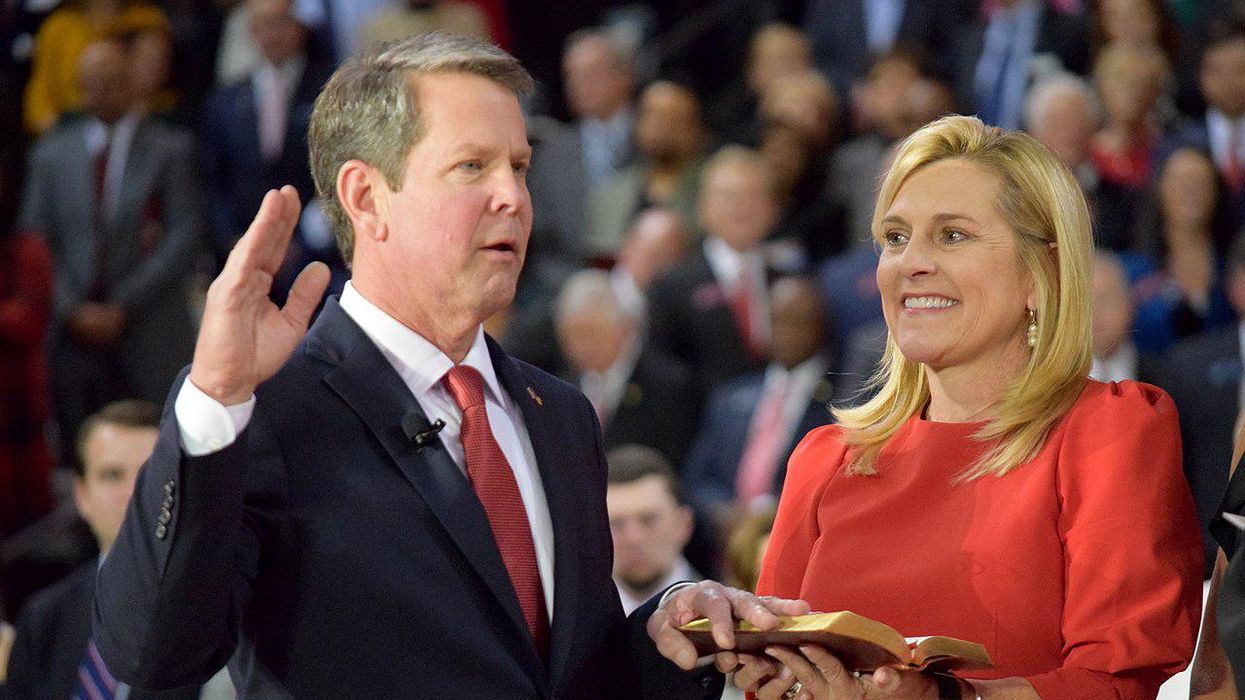 With Republican Gov. Brian Kemp having recently signed into law a voter suppression bill that President Joe Biden has denounced as "Jim Crow in the 21st Century," Georgia politics have been a prominent topic of discussion not only in the Peach State, but all over the U.S. And in an op-ed published by Newsweek on March 30, Teri Plummer McClure (former general counsel for United Parcel Service workers) and Jeffrey Sonnenfeld of the Yale School of Management lay out some reasons why Georgia's law is also a problem in many other states.

McClure and Sonnenfeld note that when Maine was "considered a bellwether state decades ago," one often heard, "As Maine goes, so goes the nation" — and in 2021, they argue, that applies to Georgia.

"Now that 43 states are attempting to following Georgia's voter suppression efforts," they write, "the expression should be, 'As Georgia goes, so goes the nation.'"

McClure and Sonnenfeld point out that Georgia has become a hotspot for major corporations.

"Georgia proudly and deservedly boasts that it is now home to 34 Fortune 1000 companies — up four from 2019 — and 18 Fortune 500 firms," they explain. "Atlanta itself is now ranked third in the nation for the number of Fortune 500 firms, tied with Chicago. These great global enterprises have been trailblazers in global markets, technology pioneers and leaders in social impact issues —from sustainability and gun safety to racial justice and social harmony."

McClure and Sonnenfeld add, however, that business leaders in the Peach State need to be speaking out more about the voter suppression bill Kemp signed into law.

"The right to fair elections is so fundamental to our society and our democracy that every company should have been willing to speak up," they stress. "How could these CEOs mute their voices as the GOP-controlled legislature (voted) to overrule local election boards, reduced 33 ballot drop boxes to nine and denied water to people in long lines? Both Google and Microsoft recently announced new regional offices in Atlanta; perhaps it is time for their workforce to demand reconsideration of such corporate moves."

According to McClure and Sonnenfeld, business leaders in Georgia need to speak out not only for Georgia's good, but also, for the good of the U.S. in general.

"The fortification of democracy is not a partisan issue," McClure and Sonnenfeld write. "A fair, free democratic society is America's greatest economic resource and a pillar of national security as well as our national purpose."