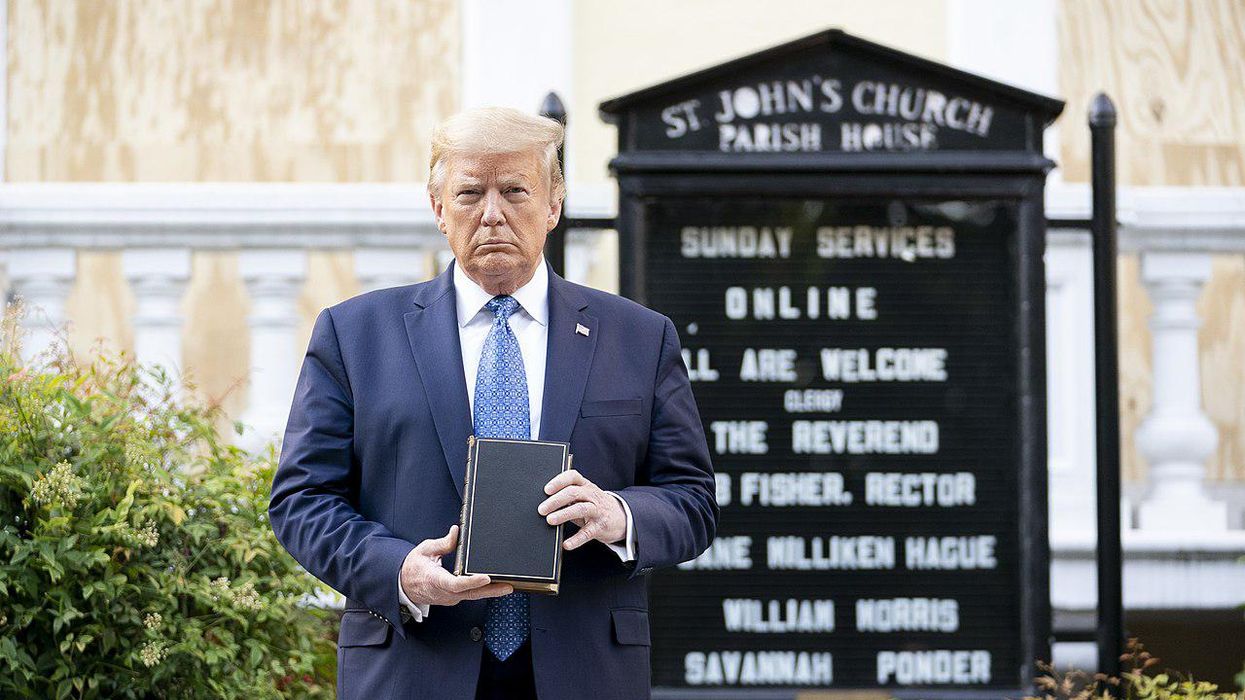 Historian Jon Meacham is great at explaining how modern events fit into the big picture and how events of the past offer insights on the present, and he did exactly that when — during an April 16 appearance on MSNBC's "Morning Joe" — he weighed in on Derek Chauvin's trial and far-right evangelical Pat Robertson's response to it.

Chauvin is the Minneapolis police officer who has faced murder charges because of his role in the death of George Floyd on May 25, 2020. The defense rested its case in Chauvin's trial on April 15, and Robertson — the long-time host of "The 700 Club" and founder of the Christian Broadcasting Network — shocked viewers by being highly critical of Chauvin and citing him as a glaring example of someone who never should have been in police work. Robertson is a very divisive figure who is disliked by many liberals and progressives as well as right-wing libertarians, but his comments on Chauvin have been applauded by some of his most vehement critics.

Meacham, an Episcopalian, said of the 91-year-old Robertson, "If somebody does something right, you welcome him — and you welcome it." And Meacham stressed that the videos of Chauvin's knee on Floyd's neck were shocking even to Robertson.

Noting Robertson's influence on the Republican Party, Meacham explained, "Robertson was kind of the official embodiment of the rise of the Religious Right. I think it began with the school prayer decision in 1962. It was slow in developing. A lot of White evangelicals stayed out of politics in the mid-1960s because they were uncomfortable with civil rights, which was a space that was clearly associated with the Black church."

The historian told "Morning Joe" hosts Joe Scarborough and Mika Brzezinski that Floyd's death intensified a "conversation" that Americans have been having for generations — a "conversation on race" — and served as a painful reminder that "systemic racism exists" in the United States and "police reforming is necessary." And Meacham also argued that Floyd's death led to the end of Donald Trump's presidency.

A week after Floyd's death, on June 1, 2020, nonviolent protesters in Washington, D.C.'s Lafayette Square were demanding justice for him when they were violently removed by police so that Trump and his allies could walk from the White House to St. John's Episcopal Church — where Trump gave a speech and had his much maligned "Bible photo-op."

That day, Meacham argued, sealed Trump's fate in the 2020 presidential election and convinced millions of Americans and "a lot of White people" to vote against Trump and reject "a culture of White supremacy."

"The death of George Floyd, in many ways — if you look back on the year of 2020 — in a lot of ways, Lafayette Square, the events that unfolded in that terrible period really brought home to people…. that the Trump era had come to manifest many, many of our worst impulses," Meacham told Scarborough and Brzezinski. "I have a theory that in the national mind, to some extent, Joe Biden kind of became president-elect during Lafayette Square."