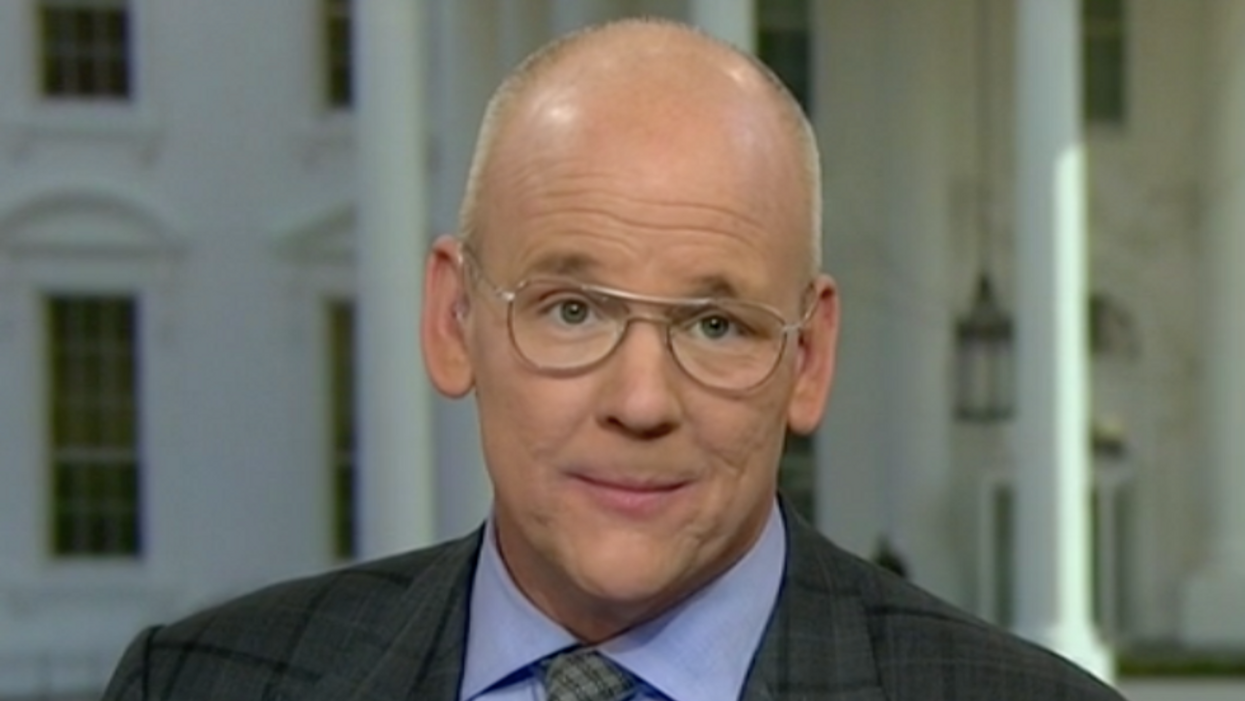 MSNBC" Morning Joe" regular John Heilemann claimed on Friday morning that the political career of Rep. Mat Gaetz (R-FL) is likely over as fellow Republicans realize that he is "terminally toxic'" and can only damage them personally and the party from this point forward.

Gaetz, who appears to be facing a multitude of federal and state inquiries into possible sex trafficking and paying for sex, is being buffeted by new revelations almost hourly since the news the Justice Department is investigating him leaked on Tuesday.

According to the MSNBC guest, Gaetz's time in politics will soon be over when he can't find colleagues to defend him.

"We are now learning that this Florida bro, basically, you know, turns out, who's running around with an indicted sex trafficker and has been walking around apparently showing his best pictures off his phone to his friends on the House floor of his sexual -- I don't want to call them conquests. --if you're paying for them they're not conquests, right?" he explained. " So it turns out, by everything we're hearing now, he's skeevy."

"I think it matters if there's a federal charge -- a sex trafficking charge, that matters," he continued. "Regardless whether charges are brought now, I think he, the floodgates are now open and on a political level, a lot of members of Congress in the Republican Party who even if they have saddled up to Trump, even if they accepted Donald Trump, even if they got in bed with the fleas of Donald Trump, they are looking -- looked at people like Matt Gaetz and said, 'man, this is a stinky pile that we're stuck with here.'"

"This is an opportunity for Republicans, I think right now, and in a self-interested way, to be like, let's get away from that and let's take some kind of a purely cynical public relations-driven approach, which is like, get on our high horse," Heilemann added. "No moral standing to take this position, by the way, but to throw Matt Gaetz over the side will make them feel better and they think give them some kind of credibility for having walked away from someone who is clearly, like I said, at this point, I think terminally toxic."