Fox News has a moment of honesty and confronts Gov. Abbott with inconvenient facts about his attack on Biden 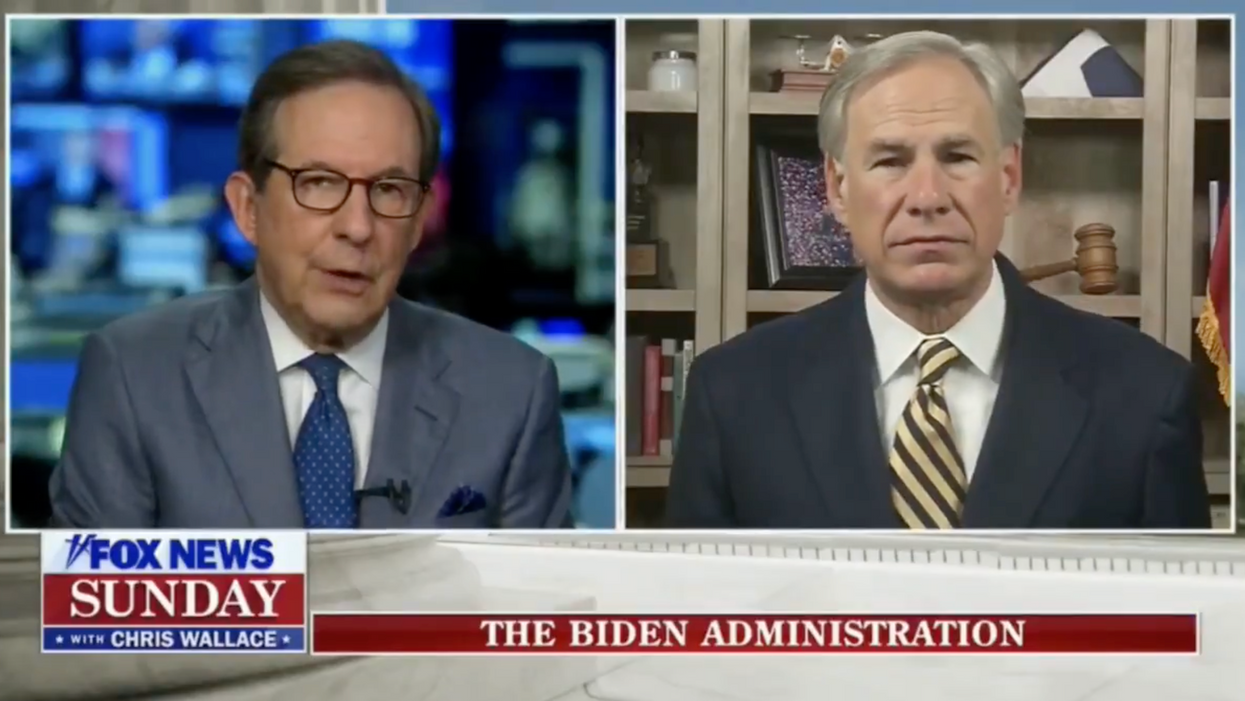 Texas Republican Gov. Greg Abbott finally got called out to his face about being silent during the past four years of anti-immigrant abuses under the previous president—and it happened on Fox News, of all places. During a press conference last week, Abbott made claims about abuse at a facility holding unaccompanied children, providing no specific details but calling for oversight, The Texas Tribune reported.

Allegations of abuse under U.S. custody should be treated as serious, especially when it involves vulnerable children, and an investigation is what absolutely should and must happen. Advocates have long demanded this. Greg's sudden concern for the well-being of kids, however, is brand-new. During a Fox News Sunday appearance, host Chris Wallace challenged Abbott on his silence when similar allegations were made during the previous administration.

"Governor, there were thousands of complaints of sexual abuse at migrant shelters during the Trump years, not to say that what's going on now is right, but we couldn't find one instance of you complaining and calling that out when [former] President Trump was president," Wallace said. Abbott responded by basically claiming that, well these were allegations filed with state agencies. So is his reasoning that if it's at the federal level, he may not speak up? So how does he explain Texas suing the federal government over policy?

HuffPost reports that Greg later added, "Don't fall prey to Democrats or others saying, 'Well, Abbott didn't complain about this in the past.'" But the reality is he didn't, and Texas was ground zero for the past four years of anti-immigrant and anti-asylum abuses. El Paso, remember, is where the previous administration "piloted" family separation, the policy that would result in the state-sanctioned kidnapping of thousands of children. Nearly four years after that piloting, kids are still separated from their families.

"Abbott largely remained silent despite reports of widespread abuse in migrant shelters during former President Donald Trump's administration," The Texas Tribune reported. "Now that he's speaking out in the early days of a Democratic presidency, some said they couldn't help but view his comments through a political lens."

Among them is Rep. Veronica Escobar, who said in the report that Abbott "has zero credibility on this or any other issue related to protecting human life. We saw Gov. Abbott's failure to protect his own citizens during the freeze. We saw Gov. Abbott play politics with COVID." I mean, when asked to back up his xenophobic claims about asylum-seeking families spreading the virus, he had nothing.

Our nation with its vast resources has an obligation to treat children coming to our southern border in search of safety with dignity, compassion, and humanity. Their lives and their well-being are on us. But to Greg Abbott and others, they are clearly nothing but political props. It's disgusting, and they should be ashamed. But that would only happen if they had any sense of shame.