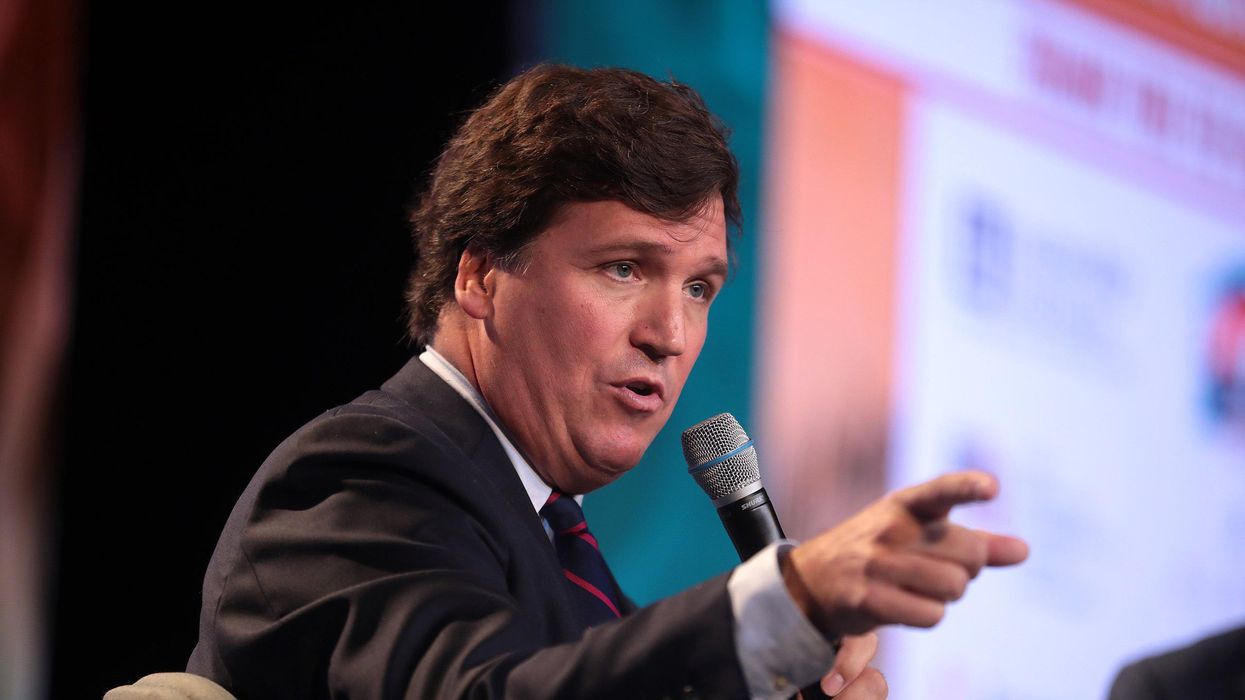 While CNN and MSNBC are busy reporting on President Joe Biden's policies, their cable news competitors Fox News and Fox Business are promoting nonsense about the Democratic president — for example, claiming that Biden is declaring war on meat consumption or blaming him for Dr. Seuss Enterprises' decision to withdraw six books in the Dr. Seuss series of children's books (a corporate decision that was made in 2020 and had nothing to do with Biden). But nonsense "stories" are treated like serious news in the right-wing media, and an article by Media Matters' Matt Gertz explains how such "stories" become prominent at Fox News and go "viral."

Gertz, in an article published on April 28, explains, "The relentlessly dishonest right-wing press is spending the Biden Administration whipping itself into a frenzy over its own lies, fabrications and distortions. Every day seems to bring a new hysteria: Joe Biden wants to take your hamburger! The left has canceled Dr. Seuss! The stories — often total nonsense but touching on potent Culture War fights — burn through right-wing social and news media, turn into conservative canon, and are quickly replaced with fresh outrage."

Gertz notes that Media Matters' Simon Maloy, during Barack Obama's presidency, invented the term "the Fox Cycle" to describe how Fox News would promote "nonsense" and treat it like serious news. And the Fox Cycle, Gertz stresses, is alive and well in the Biden era.

Describing how the Fox Cycle worked during the Obama years, Gertz recalls, "The right-wing fever-swamps would generate a story. Fox News would give it copious, aggrieved coverage. The network would pressure mainstream news outlets to pick up the story. They would do so, even crediting Fox for being ahead of the curve. And the story would eventually be proved false or misleading — but only long after the damage had been done. A few years ago, I pointed out that then-President Donald Trump's habit of live-tweeting Fox supercharged that process: News outlets reporting on his angry responses to TV segments were bringing his Fox-fueled falsehoods to their own audiences."

Gertz adds, "With a new Democratic administration in office a decade after Simon's posts, right-wing media are still furiously churning out bullshit that gets amplified by Fox. But the contours of the Fox Cycle have shifted due to changes in the mainstream press, the right-wing media and the Republican Party over the intervening years."

A Maloy article describing the Fox Cycle was published by Media Matters in 2010. But as Gertz points out, much of what Maloy described 11 years ago still applies in 2021 during the Biden era.

"What's changed? The distinction between right-wing media personality and Republican politician has increasingly dissolved," Gertz observes. "The right-wing press celebrated particularly simpatico GOP politicians throughout the Obama years — none more so than Trump himself. But now, prominent GOP legislators seem driven to build their brands and their power within the party by spending their days trying to create viral content on Twitter and then going on Fox to talk about their posts. Some even have their own podcasts, or openly aspire to right-wing TV gigs. They are incentivized to comment on whatever is stirring up the right-wing press that day, which in turn, gives the story more velocity."

Gertz cites the false claim that Biden was declaring war on meat consumption as a recent example of Fox News aggressively promoting a flat-out lie. Another example cited by Gertz is the claim that unaccompanied migrant children at the U.S./Mexico border would be given copies of Vice President Kamala Harris' 2019 children's book, "Superheroes Are Everywhere" in "welcome kits." Although the anti-Harris story was nonsense, Gertz notes, prominent Republicans like House Minority Leader Kevin McCarthy and Sen. Tom Cotton of Arkansas promoted it.