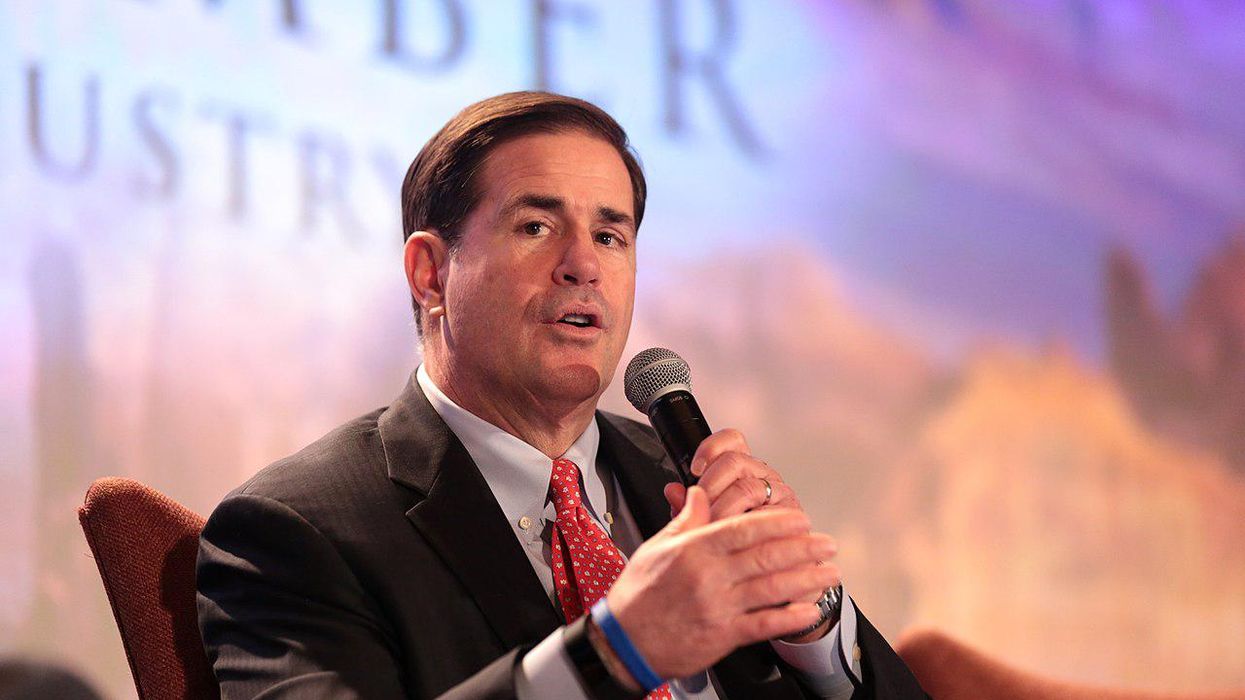 Once a deep red state that was synonymous with the GOP conservatism of Sen. Barry Goldwater and his successor, Sen. John McCain, Arizona has evolved into a swing state where Democrats won the 2020 presidential election and now occupy both of its U.S. Senate seats. Democrats have fared especially well in Maricopa County, Arizona, which includes Phoenix — and the Arizona State Senate has hired a technology company to oversee a recount of 2020 general election ballots in that county. According to the Arizona Republic, that company, the Florida-based Cyber Ninjas, has a history of promoting bogus election fraud claims.

Arizona Republic reporters Andrew Oxford, Jen Fifield and Ryan Randazzo explain, "Cyber Ninjas will lead a team that includes three other firms as part of a $150,000 contract the Senate has awarded to conduct an unprecedented audit of the election results in Maricopa County, Arizona's most populous county. But a deleted Twitter account that appears to belong to Cyber Ninjas founder Doug Logan suggests he has already made up his mind about the security of Arizona's elections. It includes a litany of unsubstantiated allegations about fraud in the last election."

A Twitter post that Logan shared in late 2020, according to the Arizona Republic reporters, read, "I'm tired of hearing people say there was no fraud. It happened, it's real, and people better get wise fast." And Logan, they add, "also appears to have shared posts by Sidney Powell, an attorney who supported former President Donald Trump's efforts to overturn the election results, and U.S. Rep. Lauren Boebert, R-Colo., a prominent proponent of conspiracy theories about the last election."

Oxford, Fifield and Randazzo report, "Logan was also involved in efforts to try to prove there was election fraud in Antrim County, Michigan, according to an Antrim County court document. He was part of a team that examined the county's voting machines and claimed, in a report, that they found errors designed to create fraud. State and county officials said the report was biased and identified a slew of problems with the team's analysis."

The Republic journalists point out that although "the Twitter account bearing Logan's name and photo was deleted," some posts from that account have been archived online. And in a December 2020 post, Logan wrote, "The parallels between the statistical analysis of Venezuela and this year's election are astonishing."

Powell, promoting a nonsense conspiracy theory after the 2020 election, claimed that the voting technology of Dominion Voting Systems was used to help now-President Joe Biden steal the election just as it was used to help the late President Hugo Chavez steal votes in Venezuela — and Dominion, totally debunking that lie, responded that its voting technology has never even been used in that South American country.

Steven Gallardo, the only Democrat on the Maricopa County Board of Supervisors, has been highly critical of the audit — and on April1, he tweeted:

At a recent press conference, Gallardo complained, "This isn't about finding the truth. It's about undermining the will of the voters. This is about not liking the results of the election. You lost the election. Deal with it."