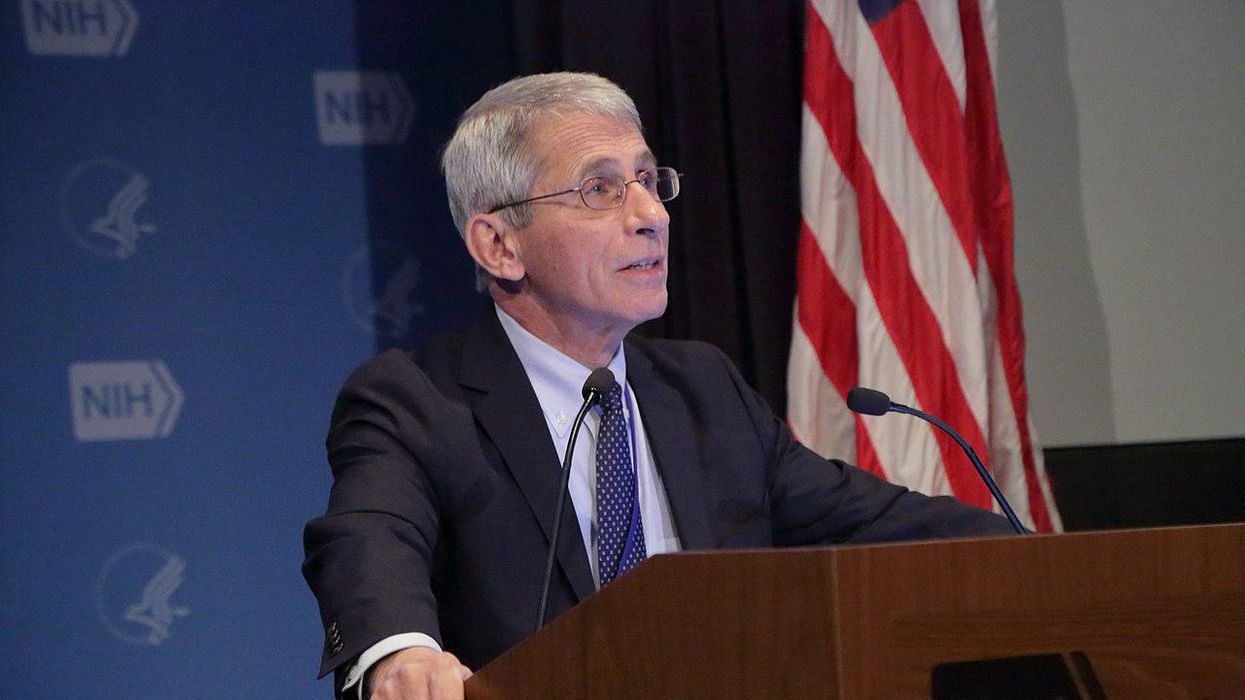 Fox News' Tucker Carlson has never been shy about promoting conspiracy theories, and on Wednesday night, April 13, the far-right pundit speculated that perhaps COVID-19 vaccines don't really work — and one of the people who is pushing back is expert immunologist Dr. Anthony Fauci, who dismissed Carlson's claim as a "typical crazy conspiracy theory."

So far, the U.S. Food & Drug Administration has approved three COVID-19 vaccines in the United States: one from Moderna, one from Pfizer, and one from Johnson & Johnson. The Moderna and Pfizer vaccines require two shots, while the Johnson & Johnson vaccine requires only one — and according to the Centers for Disease Control and Prevention, 39% of the United States' adult population has been at least partially vaccinated for the COVID-19 coronavirus. Nonetheless, health officials have stressed that even if one has been fully vaccinated for COVID-19, protective face masks should still be worn — and Carlson, on the April 13 broadcast of his show, "Tucker Carlson Tonight," went full anti-vaxxer in his response.

Carlson told viewers, "If vaccines work, why are vaccinated people still banned from living normal lives? Honestly, what's the answer to that? It doesn't make any sense at all. If the vaccine is effective, there's no reason for people who've received a vaccine to wear masks or avoid physical contact. So, maybe it doesn't work, and they're simply not telling you that. Well, you'd hate to think that, especially if you've gotten two shots. But what's the other potential explanation? We can't think of one."

Health officials never claimed that the COVID-19 vaccines or any other vaccines are 100% effective on everyone who receives them; mostly effective doesn't mean 100% effective. The fact that millions of people get flu shots every year doesn't mean that there is a 100% iron-clad guarantee that none of them will get the flu, but it means that their chances of getting the flu go way down when they are vaccinated. And that same principle is at work with the COVID-19 vaccines. President Joe Biden is hoping that if enough Americans are vaccinated and the number of new COVID-19 infections plummets, the U.S. will achieve some type of herd immunity in the months to come.

When the 80-year-old Fauci, who heads the National Institute of Allergy and Infectious Diseases, appeared on CNN's "New Day" on Wednesday morning, April 14, host John Berman told him what Carlson had said on his Fox News program — and Fauci responded, "That's just a typical crazy conspiracy theory. Why would we not tell people if it doesn't work? Look at the data. The data are overwhelming."

Fauci continued, "In the three vaccines that have been approved for use in an emergency use authorization — the J&J, the Pfizer, and the Moderna — you had 30,000, 44,000 and 40,000 people in a clinical trial with an overwhelming signal of efficacy. So, I don't have any idea what he's talking about."

Berman asked Fauci how "dangerous" it is for a "TV personality" like Carlson, who reaches millions of viewers, to "speculate about something like" — and Fauci responded, "Well, it's certainly not helpful to the public health of this nation or even globally. You know, I don't want to get into arguments about Tucker Carlson, but to me, it's just counter to what we're trying to accomplish to protect the safety and health of the American public."