'Shame': Biden to advance Trump-era sale of $23 billion in F-35s and a​rmed drones to UAE 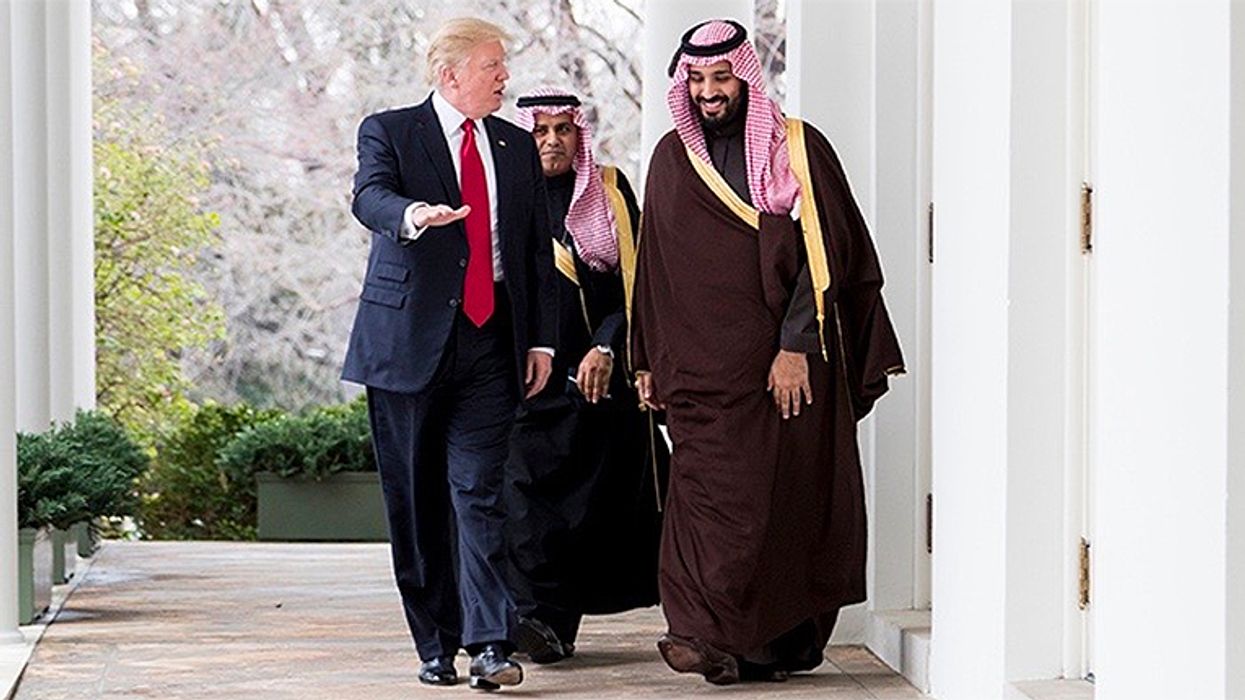 The Biden administration has reportedly informed Congress that it is planning to advance a $23.4 billion sale of weaponry to the United Arab Emirates that was inked under former President Donald Trump, a move anti-war critics denounced as a betrayal of President Joe Biden's recent pledge to end U.S. support for "offensive operations" in Yemen.

One of the major members of the Saudi-led coalition that has been bombing and strangling Yemen since 2015, the UAE is set to receive 50 F-35 fighter jets, more than a dozen armed drones, and billions of dollars worth of munitions from the U.S. if the deal receives final approval.

A State Department spokesperson told HuffPost Tuesday that "the administration intends to move forward with these proposed defense sales to the UAE, even as we continue reviewing details and consulting with Emirati officials to ensure we have developed mutual understandings with respect to Emirati obligations before, during, and after delivery."

The spokesperson would not comment on the New York Center for Foreign Policy Affairs' ongoing lawsuit against the State Department over the sale, which the nonprofit group says is illegal.

"It is our hope that the Biden administration would put mitigating a humanitarian crisis of global proportions before putting arms in the hands of an aggressor nation like the UAE," Justin Russell, principal director of the New York Center for Foreign Policy Affairs, told HuffPost, referring to UAE interventions in Yemen and Libya.

Shireen Al-Adeimi, an assistant professor at Michigan State University, said the decision to advance the $23 billion weapons sale is "more evidence that Biden's pledge to end the war on Yemen was only performative."

In December, the then-Republican-controlled Senate voted down a resolution that would have blocked the Trump White House's lame-duck arms sale to the UAE, prompting calls for Biden to swiftly cancel the deal upon taking office.

During his first week in the White House, the Biden administration imposed a temporary freeze on arms sales to the Saudi kingdom and said it would more closely examine the UAE deal. At the time, the UAE ambassador to the U.S. Yousef Al Otaiba evinced no concern about the move, saying that "the UAE anticipated a review of current policies by the new administration."

Anti-war activists warned that the UAE agreement, which will likely take years to complete, would put more high-tech weaponry under the control of a country that has shown complete disregard for human rights in Yemen and elsewhere.

"Just as you can predict the consequence of selling a loaded pistol to a serial murderer, you can anticipate the damage that will be wrought by this arms deal," Michael Eisner and Sarah Leah Whitson of Democracy for the Arab World Now wrote for The Nation in December. "The UAE has a well-documented track record of using its advanced weaponry to launch aggressive and unlawful incursions into other countries, engaging in systematic human rights violations, and war crimes along the way."

Kate Kizer, policy director at Win Without War, said Tuesday that allowing the UAE deal to proceed "is an absurd decision that flies directly in the face of President Biden and Secretary of State Antony Blinken's stated commitment to centering human rights in our foreign policy."

"We have to stop choosing political expediency over human rights," Kizer added.