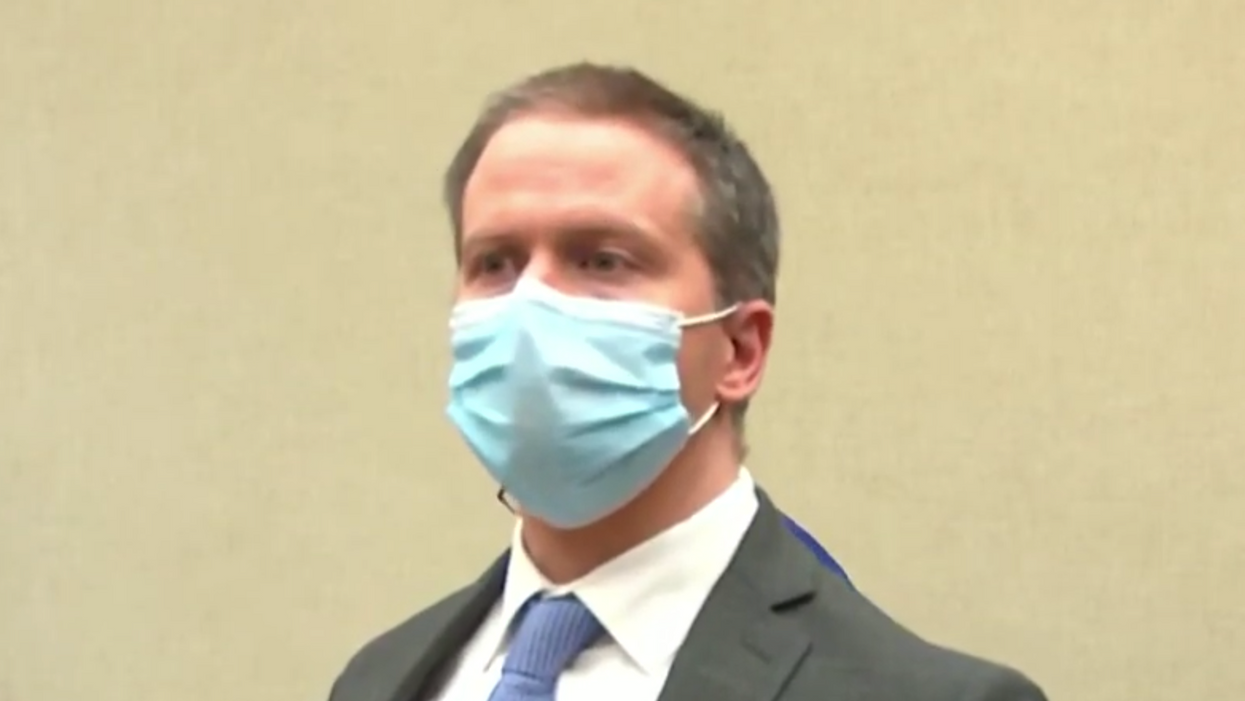 Lisa Christensen was an alternate juror in the trial of Derek Chauvin, the former Minneapolis police officer who, this week, was found guilty of second-degree murder, third-degree murder and second-degree manslaughter for his role in the death of George Floyd on May 25, 2020. And Christensen, during a post-trial interview, told "CBS This Morning's" Jamie Yuccas that the 45-year-old Chauvin stared her down during the trial and made her feel "pretty uncomfortable."

"Every time I would look up," Christensen told Yuccas, "he was right in my vision. So, we locked eyes quite a few times, and I was pretty uncomfortable."

As an alternate juror, Christensen did not vote during deliberations. But she told Yuccas that she believed the prosecution "made a really good, strong argument" against Chauvin and that she agreed with the jury's verdict.

Christensen told Yuccas, "I felt he was guilty. I didn't know if it was going to be guilty on all counts. I would have said guilty."

The Minneapolis resident found the testimony of Dr. Martin Tobin, a pulmonary expert and witness for the prosecution, to be especially compelling. Christiansen said of that witness, "He explained everything. I understood it down to where he said, 'This is moment that he lost his life.'"

Christiansen told Yuccas that Chauvin didn't take witnesses to Floyd's arrest seriously when they warned that he was killing him. And she praised Darnella Frazier, the Minneapolis teenager who used her cell phone camera to film the arrest — and whose video was used as evidence during the trial.

"I commend her on taking the video because without her, I don't think this would have been possible," Christiansen told Yuccas.

When Yuccas asked Christiansen what it was like to watch that video repeatedly during the trial, she replied, "It was emotional. I think my eyes teared up a couple of times."