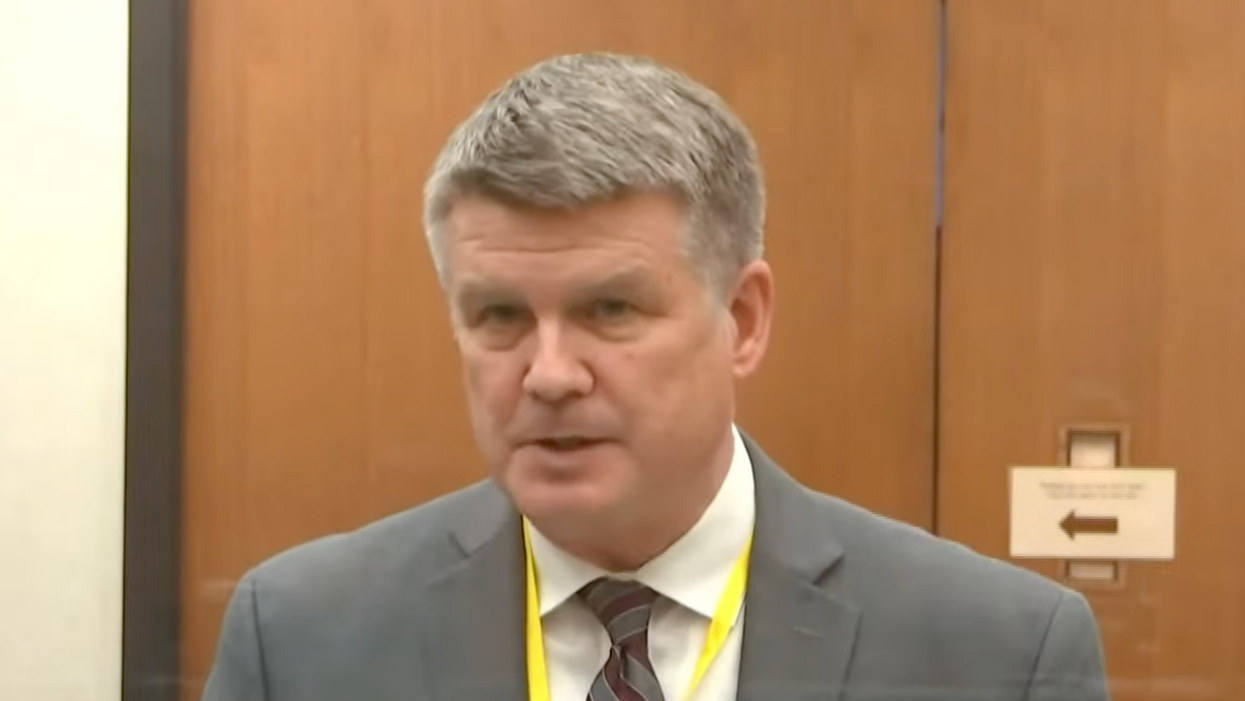 On the eighth day of the murder trial of ex-Minneapolis police officer Derek Chauvin, investigators helped paint a more thorough picture, albeit not free from flaws, of the crime scene in the hours after George Floyd's death. McKenzie Anderson, a forensic scientist with the Minnesota Bureau of Criminal Apprehension, admitted in court on Wednesday that investigators had to process two vehicles on the scene twice, after Chauvin's defense noticed in January what appeared to be half-disintegrated pills with Floyd's DNA on them. The Minnesota Bureau of Criminal Apprehension took over the investigation into Floyd's death on May 25, 2020—the day he died.

Anderson said she was given no information about the potential use of drugs and focused on DNA testing and body fluid identification when she arrived on the scene. She said she was told of the possible presence of blood and said she did DNA testing on eight different bloodstains in the back of a squad car on the scene. The prosecution directed her to check Floyd's car for Suboxone, which is used to treat drug addiction, The New York Times reported. The medication's presence in Floyd's car supports testimony from his girlfriend Courteney Ross that they had long been fighting drug addiction together.

Breahna Giles, a forensic scientist with the Minnesota Bureau of Criminal Apprehension, testified that a glass pipe in the SUV Floyd rode in contained traces of THC and that other pills she tested contained acetaminophen, oxycodone, methamphetamine, and fentanyl. Susan Neith, a forensic chemist at a top laboratory for toxicology testing, also testified that she found methamphetamine and fentanyl pills in the SUV Floyd rode in.

Methamphetamine, fentanyl, and THC were determined to be in Floyd's system when he died, according to an autopsy report The Washington Post obtained. The Black father's drug use appears to be a central element of Chauvin's defense, being that it potentially allows Chauvin's attorney Eric Nelson to claim a cause of death other than murder. Fittingly, Nelson questioned Senior Special Agent James Reyerson of the Minnesota Bureau of Criminal Apprehension about a moment in Floyd's detainment in which Reyerson initially said it seemed Floyd shouted "I ate too many drugs." When the prosecution showed Reyerson a longer version of the same clip, Reyerson clarified what he heard, saying Floyd instead yelled, "I ain't do no drugs."

The defense's focus on Floyd's drug use appears more and more like the trial version of grasping at straws when juxtaposed with video of Floyd's actual death. Ex-cop Chauvin was shown kneeling on Floyd for more than nine minutes. Los Angeles Police Department Sgt. Jody Stiger, an expert witness who the prosecution called to the stand on Tuesday, testified that when Floyd stopped resisting, officers "should have slowed down or stopped their force as well." The sergeant deemed the force Chauvin applied "excessive," and added in testimony on Wednesday that Chauvin used "deadly force" in a situation that called for "no force." A Cup Foods store worker called police on Floyd after a teen clerk suspected him of using a counterfeit $20 bill. Stiger said holding someone handcuffed in a prone position, which Chauvin applied to Floyd, can make it more difficult to breathe. "When you add body weight to that, it just increases the possibility of death," he said.

LAPD Sergeant Jody Stiger testifies as a training and use-of-force expert for the prosecution: "My opinion is that… https://t.co/D8mfOz23hQ
— CBS News (@CBS News)1617807365.0

Stiger also said he didn't consider bystanders watching Chauvin detain Floyd to be a threat—another apparent focal point for the Chauvin defense—"because they were merely filming, and most of it was their concern for Mr. Floyd."

LAPD Sergeant Jody Stiger testified he did not perceive the crowd of onlookers during George Floyd's arrest to be a… https://t.co/VbVkwcI4v5
— CBS News (@CBS News)1617810818.0

Sorry, I'm on another deadline with the Chauvin trial in the background, but it's always been obvious George Floyd… https://t.co/u1CF9KmTCY
— Joan Walsh (@Joan Walsh)1617824899.0