Did Democrats blow their chance to repeal a slew of Trump's regulatory attacks? 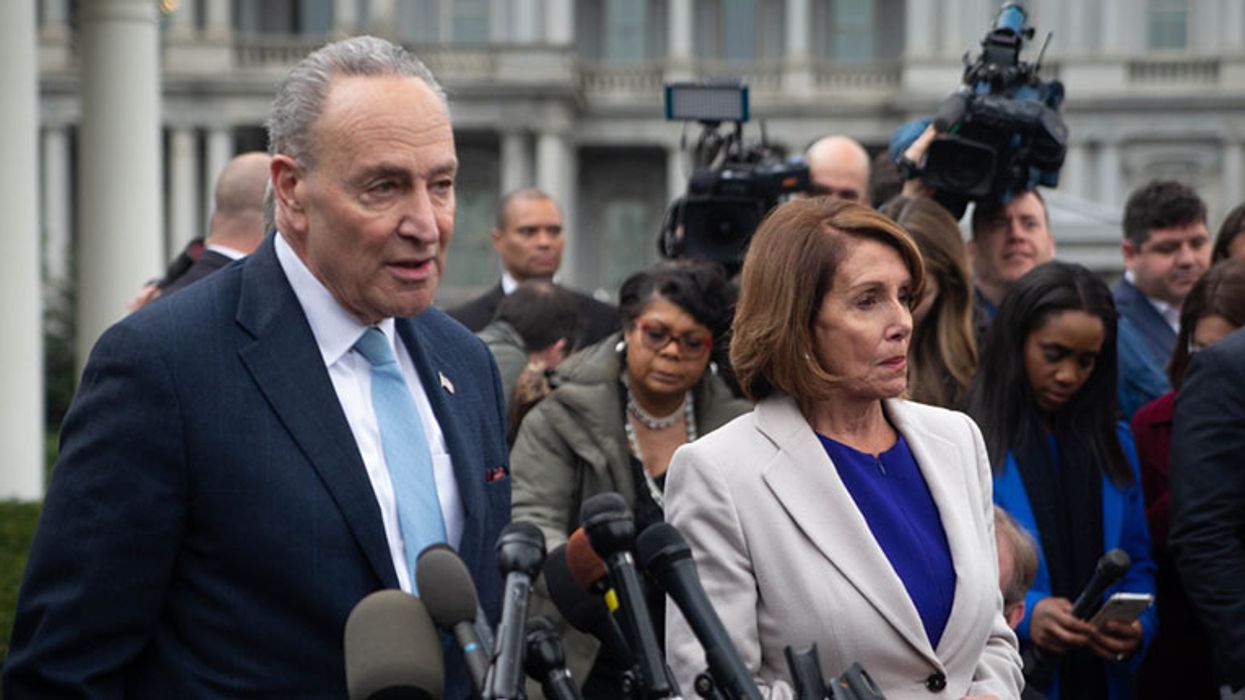 But by the time the deadline to introduce so-called "resolutions of disapproval" against the pending rules came and went Sunday, Democratic lawmakers had only taken aim at six Trump-era regulatory actions—and they have until next month to pass those resolutions to prevent the rules from taking effect.

Under an obscure 1996 law titled the Congressional Review Act (CRA), Congress has the power to nullify newly finalized federal regulations within 60 legislative days. Because CRA resolutions are not subject to the Senate filibuster, they require just a simple-majority vote in both chambers to pass.

While Republicans wasted little time jettisoning more than a dozen Obama-era regulatory moves when they took control of Congress in 2017, Democrats did not show similar urgency to use their authority under the CRA after winning back both chambers earlier this year.

As The American Prospect's David Dayen argued Tuesday, the majority party's failure to adequately wield the CRA has a lot "to do with the difference between Democrats and Republicans in Congress when it comes to regulatory matters."

"Most Republicans have a regulatory reform staffer in their offices. Most Democrats don't," Dayen noted. "As a result, the process was a scramble, funneled through a House and Senate Democratic leadership that had a muted, at best, interest in using the tool. Strong pushback outside of Congress finally yielded the handful of resolutions that did manage to beat the deadline."

"But even if this landed in a not-disastrous place," Dayen added, "it's an ominous signal that congressional Democrats are not fully committed to maximizing their power."

One unnamed observer told Dayen that "Democrats get owned on regulatory issues day in and day out."

"The problem," the person said, "is they didn't want to do the work."

Jeff Hauser, director of the Revolving Door Project, echoed that sentiment in a tweet on Tuesday:

The six CRA resolutions that Democrats managed to introduce ahead of the April 4 deadline include measures targeting Trump's weakening of Obama-era methane rules, one of the former president's many attacks on Social Security beneficiaries, and a gift to predatory lenders.

However, according to The Prospect, Senate Majority Leader Chuck Schumer (D-N.Y.) has not yet committed to holding a vote on all six CRA resolutions. The New York Democrat has promised to take action shortly on resolutions dealing with the Obama methane rules and a regulation on workplace bias claims, HuffPost reported Monday.

Should congressional Democrats fail to pass their six resolutions by next month, the Biden administration will still have the ability to scrap the surviving Trump-era regulations—but it will have to do so through the arduous, months-long administrative process.

"The considerable policy benefits aside, helping Biden help people faster is plainly good politics," wrote Eleanor Eagan, research director at the Revolving Door Project. "Rightly or wrongly, Democrats' control of both chambers of Congress will depend a great deal on Biden's performance over the next two years. And while the [Covid-19] recovery bill made for a strong start, that goodwill is unlikely to endure for the duration of this Congress absent additional action."

In a column last month, Slate's Mark Joseph Stern noted that "many Democrats have complained that the filibuster has stymied their agenda—yet they now have a brief opportunity to slash away at Trump's legacy with a simple majority, and they are blowing it."

"If they let the clock run down," Stern added, "they will essentially concede that the CRA is just one more legislative maneuver that only Republicans are allowed to exploit."