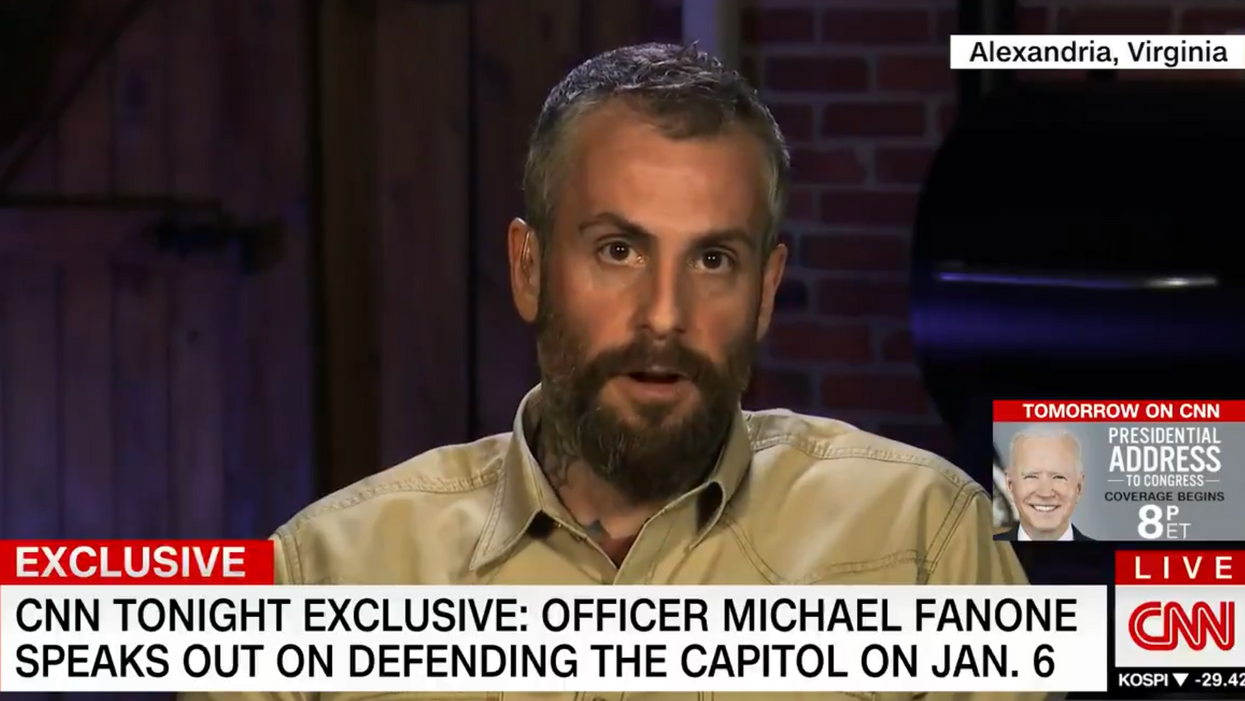 Washington, D.C., Metropolitan Police Officer Michael Fanone, who was beaten by pro-Trump vigilantes on Jan. 6 on the grounds of the U.S. Capitol, reflected on that dark day Tuesday night during an interview with CNN's Don Lemon. In particular, Fanone expressed frustration over the way Donald Trump's supporters are now seeking to "whitewash" the events of that winter day in the nation's capital. "It's been very difficult seeing elected officials and other individuals kind of whitewash the events of that day or downplay what happened, some of the terminology that was used," Fanone told Lemon.

Asked by Lemon about what he experienced that day, Fanone responded that he "experienced the most brutal, savage hand-to-hand combat of my entire life, let alone my policing career, which spans almost two decades. It was nothing that I had ever thought would be a part of my law enforcement career, nor was I prepared to experience."

As for the attack on Fanone on that Jan. 6, federal prosecutors have filed charges against a man named Thomas Sibick, who was allegedly involved in Fanone's beating. "Prosecutors said Sibick was seen in police body-camera footage assaulting Fanone while lying on the ground outside the Capitol during the riot," CNN reported.

Lemon at one point asked Fanone if he wanted to watch the body camera footage from that day. The officer responded, "Absolutely. ... I can't say it in stronger terms. I don't know how you can watch my body-worn camera footage and deny that Jan. 6 was anything other than violent and brutal."

Near the end of the segment, Lemon host asked, "What's the most important thing you want people to know about what happened on Jan. 6?"

Fanone, apparently overcome with emotion, replied, "The most important thing — well, Jan. 6 was real. It didn't happen in a fucking movie studio in California. And a lot of police officers who, to me, are some of the most selfless, courageous individuals, almost lost their lives that day. A lot of us are still experiencing the emotional trauma. And some are still grappling with physical injuries as well." Fanone also clearly rejected attempts by right-wing pundits to characterize the Capitol rioters as nonviolent, or to blame the events of that day on "antifa" or other outside forces.