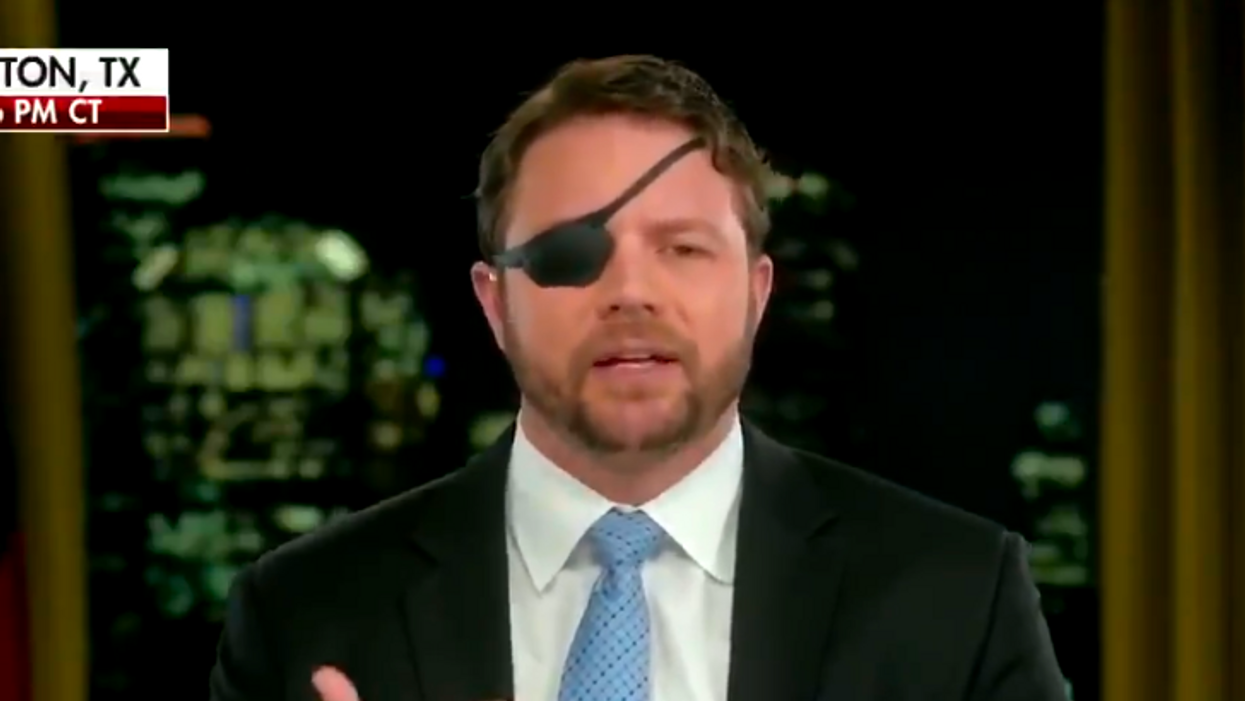 Republican U.S. Congressman Dan Crenshaw of Texas is getting roundly criticized and mocked after attacking the growing number of major corporations publicly opposing voter suppression laws, like Georgia's, and calling their statements and actions "fascism."

Republicans increasingly are tossing around terms like "socialism," "communism," "cancel culture," and "fascism" without using them properly or even, as some on social media charged Crenshaw with, not even knowing what they actually mean.

Dictionary.com defines fascism as "a governmental system led by a dictator having complete power, forcibly suppressing opposition and criticism, regimenting all industry, commerce, etc., and emphasizing an aggressive nationalism and often racism."

Elements of that sound far more like former President Donald Trump than companies speaking out against anti-democracy laws.

These companies, from Major League Baseball to Delta to Coca Cola, and more, are denouncing voter suppression, and they have very large legal teams to help them understand these laws.

"In an attempt to what – this is what I call the phenomenon that that's going on, it's it's progressive fascism, because what is fascism?" Crenshaw asks. "Well, it's the it's the it's the regimentation of the economy, of society, and it's the forced suppression of of your opposition. That's what's happening right now. The Democrats have successfully captivated the institutions, you know, pop culture, Hollywood, our education institutions and now our corporations into their own woke agenda," Crenshaw charges.

"This is fascism, right, and they use cancel culture as a tool to impose their fascism on us, and so they're always using this in these anti this 'Anti Fascist' labeling against the right, but they're the ones who actually engage in the tactics and it's time we expose that. That's really what's happening here and we should see it for what it is."

Many disagree with Crenshaw's claims, and mocked his lack of understanding and ignorance about society and the right – and the duty – these companies have to criticize unjust laws.

@Acyn @cherylpesce1 @DanCrenshawTX either doesn't know what the word fascism means or, more likely, just knows that… https://t.co/5YDoCEf0Xx
— Only The Truth (@Only The Truth)1617853851.0

Fascism is a far-right form of government in which most of the country's power is held by one ruler and nationalism… https://t.co/GyXKzmxPni
— Alexander Marks (@Alexander Marks)1617889005.0

Fascism? Fuck you, Dan Crenshaw. Fascism is limiting the voice of the body politic. Instead of suppressing the v… https://t.co/2T3Ysxw0l7
— Legbreaker (@Legbreaker)1617851810.0