'Completely unreasonable': Dems push back against GOP demand for no corporate tax hike in infrastructure plan 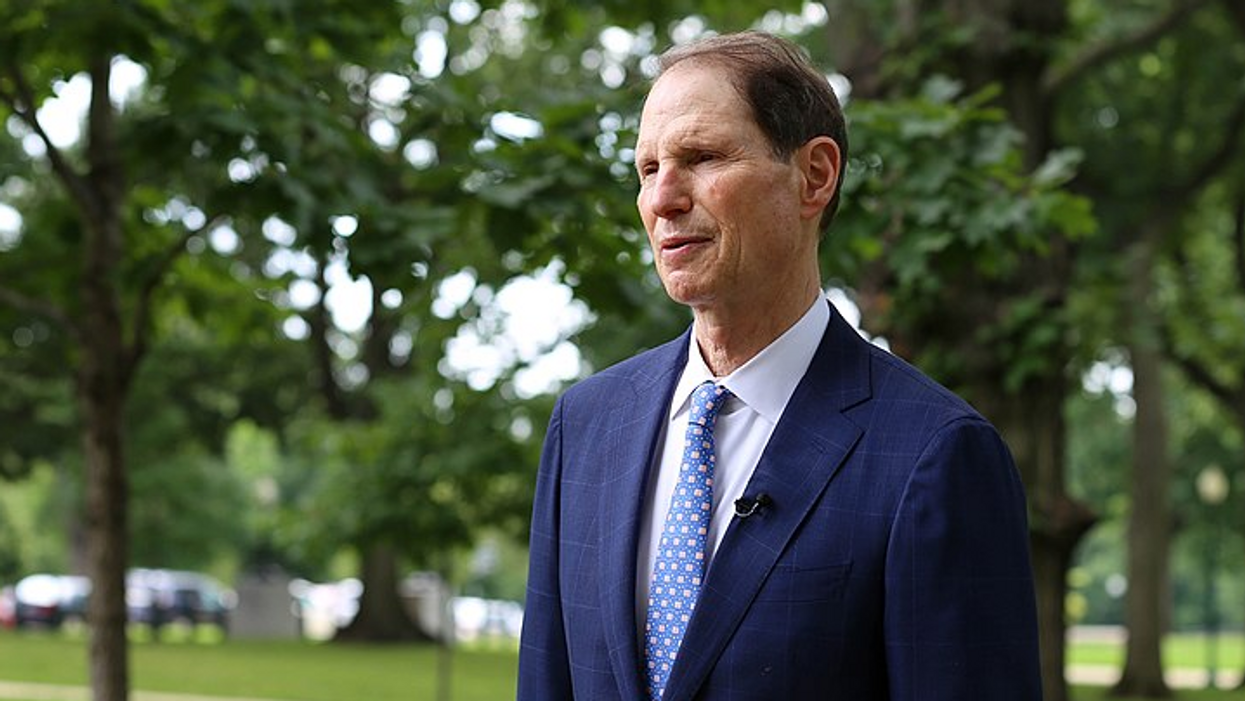 Republican Sen. Shelley Moore Capito of West Virginia said Thursday that keeping in place the current 21% corporate tax rate is a "non-negotiable red line" in infrastructure negotiations, a position that Democratic lawmakers rejected as "completely unreasonable" as they face pressure from progressives to forge ahead without the GOP.

Sen. Ron Wyden (D-Ore.), chair of the Senate Finance Committee, said in a statement Thursday that "corporations have never contributed less to federal revenues than they do now" thanks in large part to the 2017 Republican tax cuts, which slashed the corporate rate from 35% to 21%.

"Our analysis of CBO data shows corporate revenue is down nearly 40% from the 21st century average since Republicans' tax giveaway," said Wyden. "In 2018, the United States was dead last among OECD countries in how much corporate tax revenue it collected as a share of GDP."

"Republicans' insistence that the most profitable companies in the world shouldn't contribute a single penny to investments in roads, schools, and our clean-energy future is simply not acceptable," the Oregon Democrat added.

Capito is part of a 20-member bipartisan group of senators that is aiming to construct an alternative to President Joe Biden's $2.3 trillion infrastructure proposal, but the GOP has yet to publicly offer any concrete suggestions—a signal, according to some observers, that Republicans are not actually interested in negotiating.

Earlier this week, Capito said an infrastructure package totaling between $600-$800 billion—a dramatic cut to Biden's opening offer—would be the "sweet spot" for Republicans. Asked to explain why she prefers that range, Capito replied: "It's just a ballpark figure. It doesn't—it may not even be that much. I don't know. I just kind of threw that out as a talking point."

"This is such a silly process," Adam Jentleson, a former Senate staffer, said in response to Capito's comments. "Republicans are unserious and there is simply no reason for Democrats to cut the bill by 60% or more. There's a point where bipartisanship starts becoming entirely about vanity and posturing."

If Senate Democrats refuse to heed growing calls to eliminate the 60-vote legislative filibuster, they will need to win over at least 10 Republicans or use the restrictive budget reconciliation process to pass an infrastructure package.

Following Capito's remarks on Thursday, Sen. Bernie Sanders (I-Vt.)—chair of the Senate Budget Committee—told HuffPost that he believes "Democrats have finally caught on that we're not going to be negotiating forever."

"If Republicans are serious, I'd love to hear their ideas," said Sanders. "If they're not, we'll have to move along."

Despite Republicans' vocal dismissals of his infrastructure proposal and refusal to entertain any corporate tax increases, Biden has publicly remained committed to pursuing compromise. Ahead of a meeting with a bipartisan group of lawmakers on Monday, the president said that he is "prepared to negotiate as to the extent of the infrastructure project, as well as how we pay for it."

Progressive lawmakers in the House and Senate, meanwhile, are pushing Biden and congressional Democrats to pursue a much more sweeping package that includes major investments in core infrastructure and climate as well as caregiving and other priorities.

"It's time to go big and it's time to go bold, and enact these as part of a single, ambitious package," Rep. Pramila Jayapal (D-Wash.), chair of the Congressional Progressive Caucus, said in a statement last week, countering a push by some centrist Democrats to split the plan into two separate bills.

"We agree that it's time for transformative change," said Jayapal, "and we look forward to working with the Biden administration to expand on their proposal and ensure that the American Jobs Plan goes big to truly meet the needs of the public."