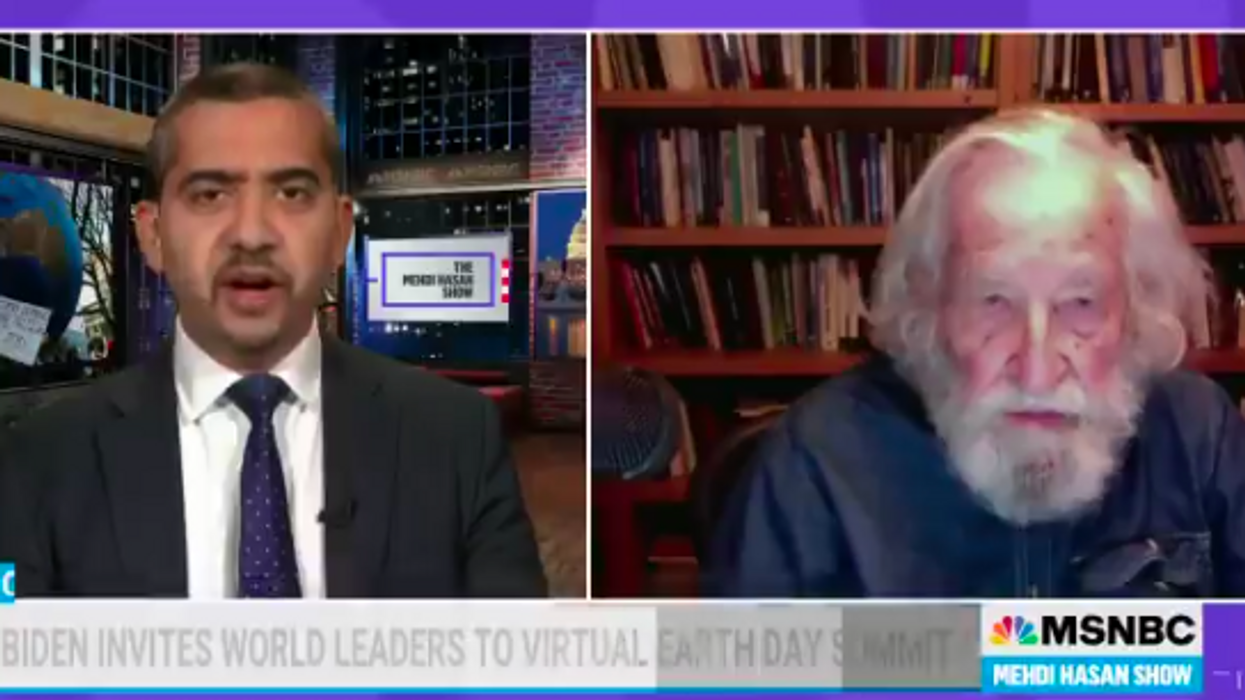 Although many progressives were disappointed that the 2020 Democratic presidential nomination didn't go to Sen. Bernie Sanders of Vermont or Sen. Elizabeth Warren of Massachusetts, they rallied around now-President Joe Biden when he received the nomination — arguing that having a centrist Democrat in the White House would certainly be preferable to four more years of Donald Trump. Two people on the left who had strong reservations about Biden but endorsed him anyway were author Noam Chomsky and firebrand pundit Mehdi Hasan, now with MSNBC. But when Chomsky appeared on Hasan's MSNBC show on April 18, the author told Hasan how pleasantly "surprised" he has been by Biden's presidency in terms of domestic policy.

The 92-year-old Chomsky told Hasan, "On the domestic front, I am surprised. It's better than I expected. In fact, quite reasonable, particularly considering the nature of the opposition."

The author added, however, "On foreign policy, it's pretty dangerous. (There is) a lot to be desired."

Despite his criticism of Biden from a foreign policy standpoint, Chomsky vehemently disagrees with people on the left who argue that Republicans and Democrats are equally bad. Chomsky has been highly critical of the Democratic Party over the years, but he considers them to be by far the lesser of two evils in 2021.

Hasan asked Chomsky why he considers the modern GOP "the most dangerous organization in human history" — to which the Philadelphia native, born in 1928, responded, "They're the only organization in human history that is dedicated, with passion, to ensuring that human survival, survival of organized human society, will be impossible. That's exactly their program since 2009, when they shifted to a denialist position under the impact of the Koch Brothers juggernaut."

"They're the only organization in human history that is dedicated, with passion, to ensuring that human survival, s… https://t.co/K4b1zxvTtL
— Mehdi Hasan (@Mehdi Hasan)1618795720.0