'Grifter' with 'no experience': Caitlyn Jenner's run for governor slammed as 'money-making gig' 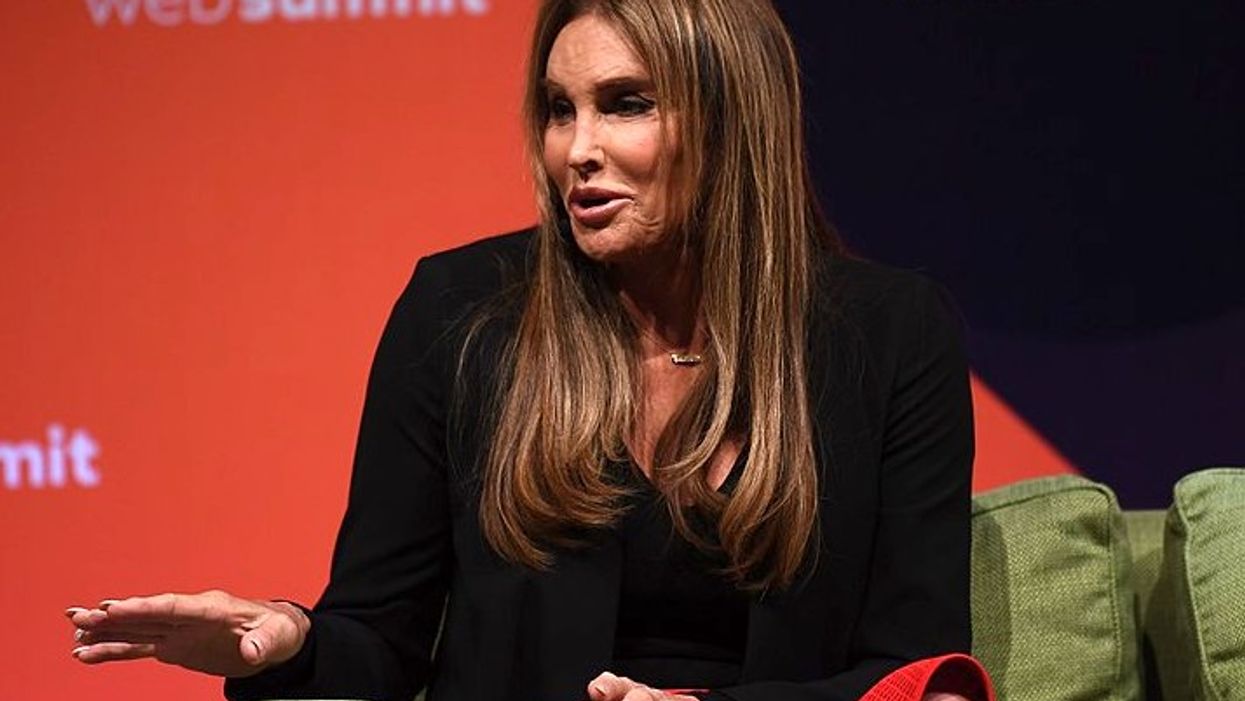 9 November 2017; Caitlyn Jenner, Olympian & Advocate of Transgender Rights, on Future Societies during day three of Web Summit 2017 at Altice Arena in Lisbon. Photo by Stephen McCarthy/Web Summit via Sportsfile
Caitlyn Jenner Finally Admits She Was Wrong About Trump - But Why Did It Take Her So Long?
David Badash
April 24, 2021

Caitlyn Jenner announced Friday she is running for Governor of California as a Republican amid conservatives' rush to recall Democratic Governor Gavin Newsom.

Jenner is a reality TV personality, transgender activist, and Olympic gold medal winner who has no experience in governing or government. Amid reports that she had filed paperwork Friday after getting advice from former Trump campaign manager Brad Parscale, Jenner tweeted her entry into the race.

Some began to take a look at her campaign website, and appeared shocked.

The one-page site offers a single paragraph saying "for the past decade, we have seen the glimmer of the Golden State reduced by one-party rule that places politics over progress and special interests over people."

There are no policy positions, as some noted, and no party affiliation. The only other offerings Jenner's site has for California voters are to give her their name and email address, and two links: "Shop," and "Donate," in that order.

In addition to the lack of policy proposals on her website, some are offering up other criticisms, including about her choice of advisors – not only Parscale but the former Trump pollster whose data was shared with Russia – and the fact that despite the GOP's increasingly virulent attacks on transgender people, including "more than 100 bills that aim to curb the rights of transgender people across the country," she chose to run as a Republican.

Here's what some are saying:

Caitlyn Jenner announced she's running to be governor of California. I checked her website and there's nothing about any platform or policies but there are links to buy merchandise. That's all you need to know about her priorities right there.
— Fifty Shades of Whey (@davenewworld_2) April 23, 2021

Fittingly, you have two options on Caitlyn Jenner's campaign website in her bid to recall and replace Governor Newsom -- Shop and Donate.
Nothing about issues.https://t.co/PpIuBINRXq pic.twitter.com/AWKRWJTVIr — Scott Lay (@scottlay) April 23, 2021

Republican Party Platform: We control women's bodies, and transgender people have no rights at all.
Caitlyn Jenner: I wanna be the Republican Governor of California! — Andrea Junker ® (@Strandjunker) April 23, 2021

Caitlyn Jenner running for Governor of CA — no experience, no platform or policies, no thank you. Grifters gonna grift.
— Stephen Watkins (@fogforestwaves) April 23, 2021

Doesn't even have platforms on the website. It's just Donate or Shop. #grifter
— Rachel Danielle (@Rach_Danielle_) April 23, 2021

You couldn't write a better example of class solidarity coming before identity politics than Caitlyn Jenner running as a member of the party actively making it illegal for trans kids to get gender affirmation treatments
— G. L. DiVittorio (@ginadivittorio) April 23, 2021

I feel that Caitlyn Jenner has no experience. She is just a rich person that is getting into politics for all the wrong reasons. We need actual qualified people. People who actually want to help every day american people lives better. Not these rich folks just grabbing power.
— Tracy🌻 N (@TracyStreeter1) April 23, 2021

Caitlyn Jenner is a vapid, terrible person who supported Trump in 2016, continued to signal support for him in tacit ways even after he targeted trans people, and was hesitant to express support for gay marriage *even as she was transitioning*. Her only concern is her own wealth.
— Emma Vigeland (@EmmaVigeland) April 23, 2021

Typical conservative... nothing to see here. No platform but a shop or donate button. L*A*M*E pic.twitter.com/phcpRJYLGC
— ChrisShhhhhh 🇺🇸❤️🇩🇪 (@ChrisS0501) April 23, 2021

Look, NONE of the trans people I know (myself included) think Caitlyn Jenner is qualified to run a lemonade stand, let alone run for governor. You, allies of trans people, are absolutely allowed to criticize Jenner.
Just don't be a transphobic asshole while you do it. https://t.co/M2Z7wDlMey — Rebecca Kling (@RebeccaKling) April 23, 2021

Your website has two things: donate and shop. No policy. We see why you're running. Typical Republican. Running to maintain and grow the wealth of yourself and your family. pic.twitter.com/Q56FwbCF5V
— Mike Lee Is A Traitor (@nick_raso83) April 23, 2021

1) She needs another money-making gig? 2) Republicans are drowning in money from suckers they con, and she hopes to get her hands on some of it?
— Anne (@relevanne) April 23, 2021

@Caitlyn_Jenner's website consists of two things: shop and donate. No policy. This should tell you everything you need to know about why she's running pic.twitter.com/qFvuBJqas4
— Mike Lee Is A Traitor (@nick_raso83) April 23, 2021

Remember when we elected a president without any experience, and half a million people died?
No more amateur politicians. — Elliott with 2 T's! 💛🐝💛🐝💛🐝 (@ElMcClelland) April 23, 2021

grifting, easy money even if it's a lose, following the new pattern of making big headlines and asking for donations....aka former guy.
— Just_Bob (@Just_Bob_0) April 23, 2021

Caitlyn Jenner is running for Governor and will not have the endorsement of her three famous step-daughters Kim, Khloe, and Kourtney.
It's also unlikely, given their business ventures, that her two famous daughters Kendall and Kylie will help her publicly. — Yashar Ali 🐘 (@yashar) April 23, 2021

Just stop, you're just going to end up destroying your reputation and you are simply not qualified 🤦♂️
We learned with tRump, reality TV is NOT applicable experience, are you just another grifter trying to pad your net worth? — Awesome Possum (@TehAwesomePosum) April 23, 2021