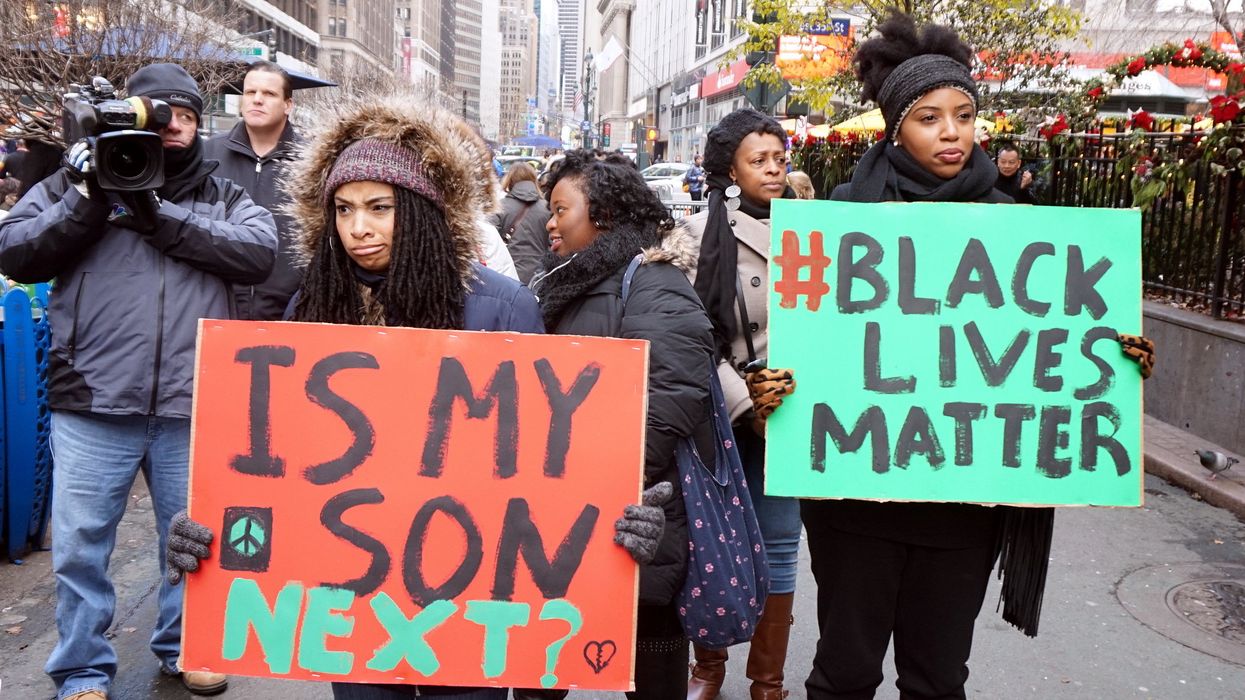 Another Black man was shot and killed by police on Sunday during what should have been a minor interaction, or one that shouldn't have happened at all. What makes it especially horrifying, beyond the needless loss of life at the hands of the state, is that 20-year-old Daunte Wright was killed in Brooklyn Center, Minnesota, just miles from where former Minneapolis police officer Derek Chauvin is on trial for murder in the killing of George Floyd less than a year ago.

As a picture of the problem of police violence toward Black people in the United States of America, 2021, "Black man shot and killed at questionable traffic stop 10 miles from the trial of a police officer for killing another Black man during an arrest for a minor alleged offense" says a lot.

Daunte Wright was apparently pulled over for an air freshener blocking his rearview window, though his father notes that his car had tinted windows, so it's surprising police could see that much. In either case, as the ACLU of Minnesota tweeted, "We have concerns that police appear to have used dangling air fresheners as an excuse for making a pretextual stop, something police do too often to target Black people."

After Wright was pulled over, police found he had an outstanding warrant and tried to arrest him. Wright tried to get back in his car and police shot him. He then drove for several blocks before the car crashed and he was pronounced dead at the scene.

According to Aubrey Wright, Daunte Wright's father, this happened three miles from where the family lives as Daunte was going to get his car washed. Katie Wright, Daunte's mother, recounted a phone call from him as he was stopped by police, and the call she got from Daunte's girlfriend—who was in the car with him—afterward.

"He got out of the car, and his girlfriend said they shot him," Katie Wright told the Minneapolis Star-Tribune. "He got back in the car, and he drove away and crashed and now he's dead on the ground since 1:47. ... Nobody will tell us anything. Nobody will talk to us. ... I said please take my son off the ground."

"I know my son. He was scared. He still [had] the mind of a 17-year-old because we babied him," Aubrey Wright said. "If he was resisting an arrest, you could Tase him. I don't understand it."

Daunte Wright was scared and police showed why he was right to be: Because he was in the hands of armed agents of the state who did not value his life. Because Black people in this country are too often killed for the most minor of alleged offenses, with police defending summary execution as a reasonable response to someone possibly having committed a minor crime.

"I am closely monitoring the situation in Brooklyn Center. Gwen and I are praying for Daunte Wright's family as our state mourns another life of a Black man taken by law enforcement," Minnesota Gov. Tim Walz tweeted.

Following protests, Brooklyn Center Mayor Mike Elliott declared a curfew overnight, schools in Brooklyn Center and nearby Brooklyn Park announced remote classes for Monday, and the National Guard—in Minneapolis for the Chauvin trial—was brought in. As always, we must remember to value the human life taken by police over the windows broken in the outpouring of grief and rage in response.