Why America needs to go big on infrastructure 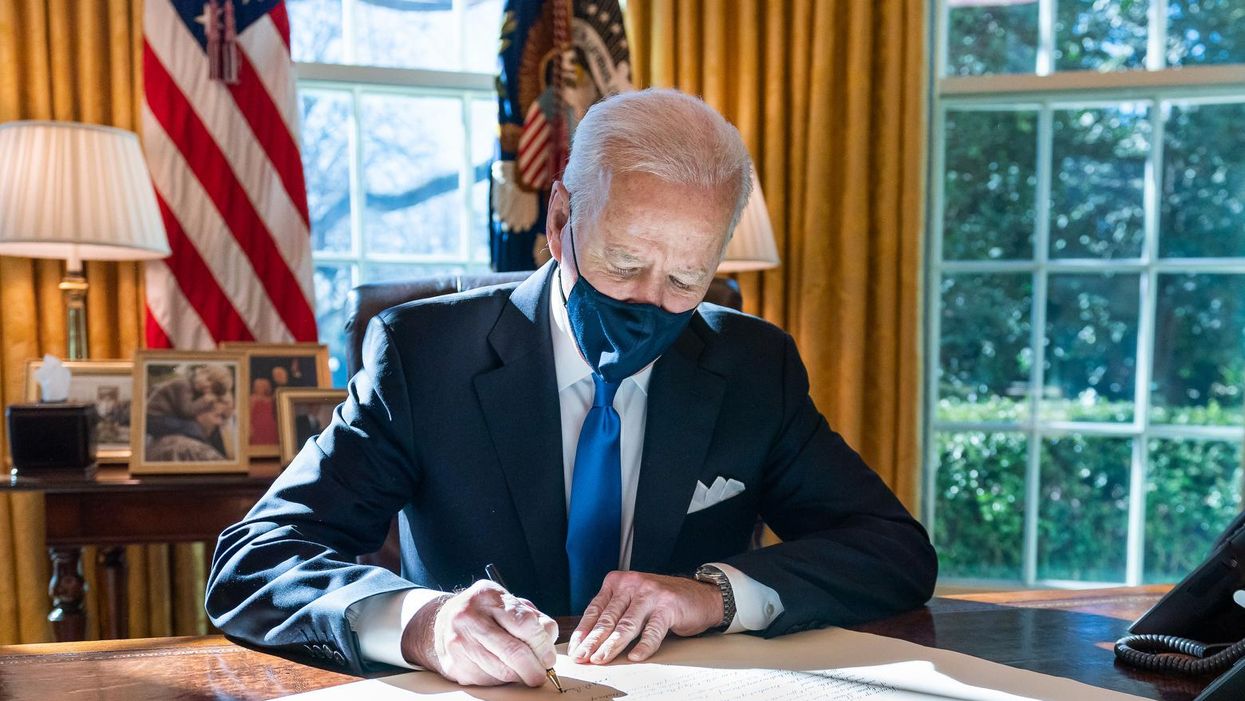 President Joe Biden signs a commission for Gina Raimondo as Secretary of Commerce Wednesday, March 3, 2021, in the Oval Office of the White House.

Chris Sova and his coworkers at Bay County Medical Care Facility endured years of staffing shortages before COVID-19 made a grim situation even worse.

Workers sacrificed vacations and other personal time to keep the Essexville, Michigan, facility operating as patients and staff members fell ill to the coronavirus and management struggled to recruit reinforcements.

Just like a road can be patched only so many times before falling apart, America's battered health care system and other long-neglected infrastructure can no longer continue functioning with Band-Aids and stopgap fixes.

All these sectors require attention now because they work together like cement to keep society functioning.

The pandemic underscored America's need both to make major investments in infrastructure and to take the sweeping, holistic approach that Biden laid out.

For example, it's crucial to revitalize manufacturing supply chains to ensure the nation can produce sufficient supplies of face masks and other critical items, upgrade transportation systems to speedily move goods around the country, modernize school facilities to produce globally competitive citizens and build the communications networks that enable Americans to learn and work from anywhere.

And the pandemic, which so far has claimed more than 564,000 lives and infected more than 31 million people in the United States, showed the importance not only of providing affordable health insurance but also of creating a more robust health care system with the capacity to meet Americans' needs.

He noted that facilities and providers around the country need higher Medicaid reimbursement rates so they can recruit adequate numbers of workers, provide decent wages and benefits, combat understaffing, improve workplace safety, offer opportunities for advancement and put an end to the grueling overtime that's dangerous for both caregivers and the people they serve.

While health care workers received wide praise for their professionalism during the pandemic, the reality is that, even in normal times, they're fighting an uphill battle to ensure patients receive top-level care. It's essential to make improvements now because retiring waves of baby boomers will put more pressure on the system, increasing the risk of catastrophic failures.

"Pizzas are nice, but that's not what we need," Sova said, referring to gifts of food that workers at his facility and other nursing homes received for their heroic efforts during the pandemic. "We need money. We need funding. We need resources."

Other kinds of infrastructure are also in dire straits.

The nation's drinking water systems struggle with lead contamination and rely on pipes so old that, on average, one springs a leak every two minutes. Malfunctioning locks and dams create juggernauts on inland waterways, costing U.S. industry about $44 million in delays every year. Nearly half of all Americans have no access to public transit, and those who do often have to travel on aging vehicles and rickety tracks.

A smoothly functioning society cannot afford any of this. Because of its wide-ranging investments, the American Jobs Plan will modernize the country, prepare it for the next crisis and provide work to millions of Americans hurt by the COVID-19 recession.

But the plan also provides a historic opportunity to dream big and rebuild better, to ensure a more equitable distribution of the nation's resources and create a society that works for everyone.

That's why Americans already support every major facet of the infrastructure program, with some parts—such as renovating veterans' hospitals, extending broadband, improving health care and establishing new job training programs—scoring approval ratings of 70 percent or even higher. As Biden travels the country to explain his vision, he's finding that people from all backgrounds want a stronger, more tightly knit America.

And so far, Biden revealed only half of his plan. He's scheduled to roll out the remaining portions—to include additional investments in health care and child care, among other initiatives—in coming weeks.

"I think he's absolutely on the right track," said Joel Buchanan, a longtime USW member from Pueblo, Colorado, and the vice president of Chapter 38-3 of the Steelworkers Organization of Active Retirees (SOAR). "In my area, we will benefit from almost every aspect of his infrastructure plan."

Local mills will profit from road and bridge projects, Buchanan noted. Residents in outlying areas will welcome better access to broadband, he added, while disadvantaged schools need upgraded facilities, and Pueblo area retirees, many of whom lost family-sustaining manufacturing jobs many years ago, desperately hope for better access to health care.

"We're investing in America and American workers and American society," Buchanan said of the infrastructure program. "We're building for the future. I think people are starting to realize we can make some great change happen."

Because he holds his neighbors' lives in his hands, Sova always considered health care to be part of the nation's infrastructure.

He wants more Americans to see his work in the same light—and to realize the potential the nation has right now to make transformational, stem-to-stern changes that will help them "live their lives better."

"Everything's codependent," he said. "You need healthy workers. You need them to build roads. You need roads to provide access to health care."