There's only one way to exit the forever war honorably 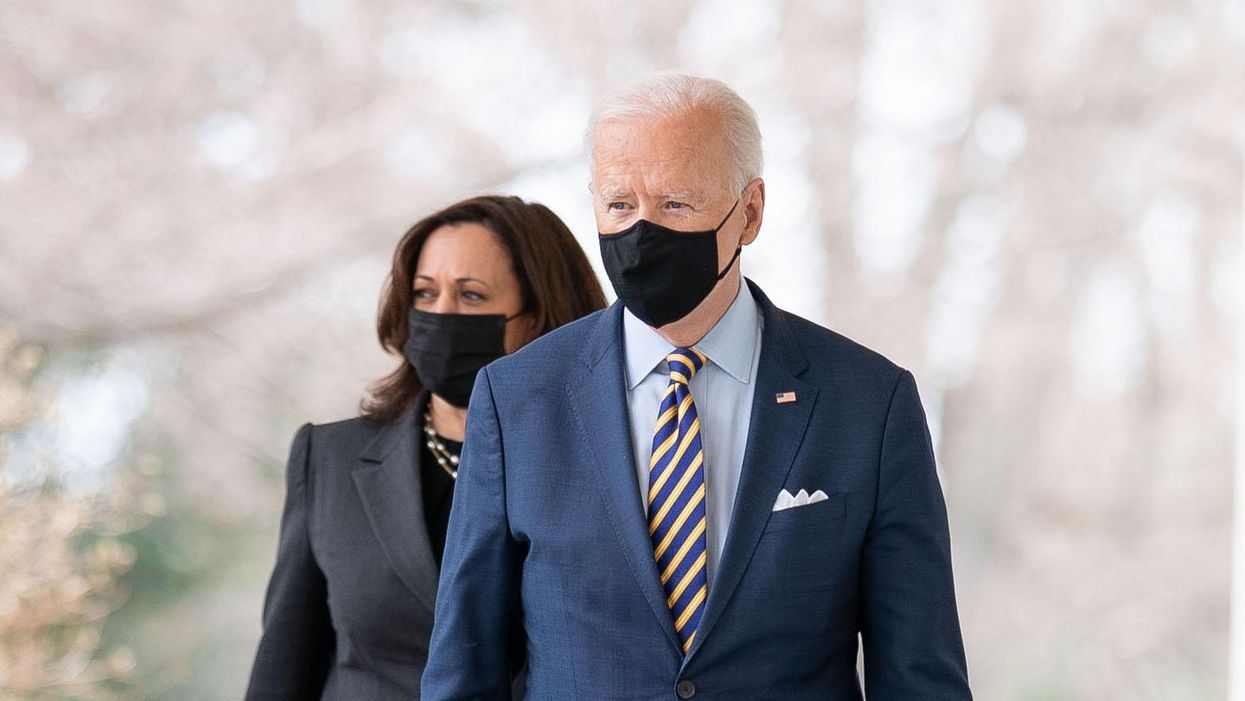 President Joe Biden and Vice President Kamala Harris walk from the Oval Office of the White House Friday, March 12, 2021, to the Rose Garden to deliver remarks on the American Rescue Plan.

The courage of President Biden's decision to bring our troops home from Afghanistan should not be underestimated. But neither should that withdrawal be mistaken for the end of the "forever war" that the United States and its NATO allies have endured there for so long. We will leave, but the Afghans aren't going anywhere -- and our responsibility for what happens there won't disappear either.

Biden surely knows there will be bad prospects for the government in Kabul when our troops go, even though we will continue to finance its army and air force. Most Americans, who devote little attention to what happens in Afghanistan, probably don't know how limited the reach of that regime is today (which is why our veterans sometimes call it #Forgotistan). After two decades, $2 trillion and the loss of more than 2,000 of our troops, it scarcely rules over more than the capital itself. The Taliban and other hostile forces control the rest.

That obviously doesn't bode too well for the future, and as Biden also knows, his Republican critics will blame him should the Kabul regime fall. They will conveniently forget that his predecessor not only insisted on an Afghan withdrawal but also set a departure date too abrupt to be met.

No doubt Donald Trump will join that chorus, turning around and shamelessly attacking Biden for "abandoning" Afghanistan, because that's what he does. So will figures like Sen. Lindsey Graham, a military strategist whose insights lured us into Iraq, a far worse disaster than Afghanistan. Graham now predicts that pulling out will result in terror attacks -- but the biggest threat to America is from white supremacists within our own borders, a menace he denies. We don't have to occupy another nation to fight extremist enemies here or abroad.

Biden's critics will also forget the most salient fact about the Afghan war, which is how it began. I will confess to supporting the initial invasion following the 9/11 attacks, because I regarded the destruction of al-Qaida and the punishment of the Taliban for harboring Osama bin Laden as essential to American and world security. Like many others who endorsed the war in its earliest stages, I have long believed that the administration of former President George W. Bush -- obsessed with overthrowing Saddam Hussein in Iraq -- ensured failure at the start.

Yet honesty compels me to say that those few who opposed the U.S. action back then may have been right all along. After such a long and costly misadventure, it isn't certain that what once seemed imperative was ever prudent, or just. What could have been done and what should have been done are no longer relevant -- except to the Afghan people, who have suffered gravely without any end in sight. More than 150,000 of them have died in the war, with almost a third of the dead civilians.

Those Afghans were innocent of the terrorist violence that struck our cities on Sept. 11, 2001, and that level of death and destruction seems like a high price compared with what happened on 9/11, a day I remember too well. While most of the Afghan dead were killed by the Taliban, that doesn't absolve our responsibility. We also owe a deep and permanent debt to the veterans who served -- the great majority of whom want us to bring their brothers and sisters home.

Discharging that debt will oblige us to rescue as many Afghans as we can from the vengeance of the Taliban, especially but not only those who served alongside our troops. For years now, Taliban assassins have murdered Afghan interpreters and others who assisted allied forces. They ought to have gained asylum here, but the Islamophobic prejudices of the Trump administration put obstacles in their way.

Now that must end. The United States should grant "immediate refugee status to all Afghan nationals that have helped us in the last 20 years," says Rep. Ruben Gallego, an Arizona Democrat. "We can't let them be targets." Gallego, a Marine veteran of Iraq, is painfully aware of how Iraqis who worked with U.S. troops there were later hunted down by Islamic State group killers. He is right to demand that we start protecting the Afghans left behind.

We can hope that Afghanistan fares better than expected, but hope won't save any lives. Already the Taliban, which has not improved with age, is assassinating those who might dissent from its medieval ideology. If and when its mullahs regain state power, they may well kill many thousands more -- unless we welcome them to this country.

There is no other honorable exit from the forever war.