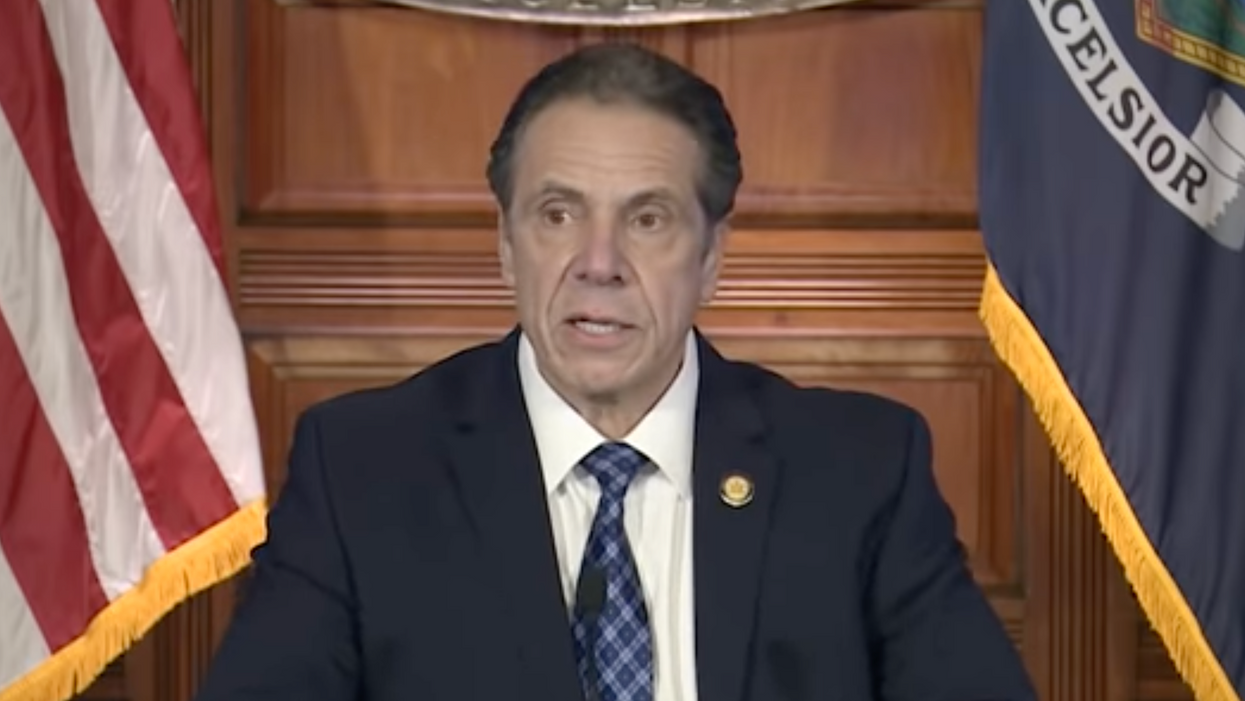 A government watchdog on Thursday filed a complaint alleging that Gov. Andrew Cuomo, D-N.Y., improperly used campaign resources for personal benefit when promoting his book about leadership during the COVID-19 pandemic.

"Cuomo for New York, Governor Cuomo's authorized committee, repeatedly promoted sales of the book on social media and in emails sent to supporters," Citizens for Responsibility and Ethics in Washington (CREW) wrote in the complaint filed with the state Board of Elections. "Expenditures for those book promotions appear to have been made exclusively for the personal benefit of Governor Cuomo. Accordingly, an investigation of Cuomo for New York's conversion of campaign funds for personal use is in order."

In its complaint, CREW cited a laundry list of instances in which the governor promoted his book, "American Crisis," via email, Facebook, Instagram and Twitter. The watchdog argued that mailing lists and social media accounts are a campaign asset. "By repeatedly using those accounts to promote sale of the book," CREW said, "Cuomo for New York used campaign funds for Governor Cuomo's personal benefit."

Cuomo received a "high offer of more than $4 million" for his book deal last year, according to The New York Times. Anonymous sources have alleged in other reports that the deal exceeded $5 million, per The Buffalo News.

CREW's complaint also notes that "by using the time of campaign employees and/or consultants to promote the book, Cuomo for New York used campaign funds for Governor Cuomo's personal benefit." According to The New York Times, several Cuomo aides helped the governor prepare various drafts of his book, whom he relied on "for everything from full-scale edits to minor clerical work."

CREW noted that Cuomo reportedly "sought and received an ethics clearance for the book." In fact, an ethics agency named JCOPE, which has declined to provide details on Cuomo's book deal, gave the governor a green light so long as the book was "unrelated to the governor's duties." According to The Buffalo News, a special counsel reportedly told the agency that Cuomo would write the book on his own time and would not use his own office to support the project.

On July 17, Martin Levine, deputy general counsel at JCOPE wrote that ethics requirements had been met by Cuomo, the book's proposed publisher, Random House, and its imprint, Crown Publishing. "Please note that the governor may not promote the book while performing his official duties," he reiterated, "and any appearances or activities to promote the book must clearly be separate and apart from the governor's official duties."

The Cuomo administration has defended itself by alleging that many employees volunteered their time, which senior adviser Richard Azzopardi told The Times is "permissible and consistent with ethical requirements" of the state. "Every effort was made to ensure that no state resources were used in connection with this project. To the extent an aide printed out a document," he said, "it appears incidental."

About 48,00 hardcover copies of Cuomo's book have been sold, according to NPD BookScan. In early March, Crown Publishing announced that it would discontinue its promotion of "American Crisis," as well as its plans for a paperback edition amid an ongoing probe into the suppression of data tied to deaths that took place at nursing homes amid the pandemic.