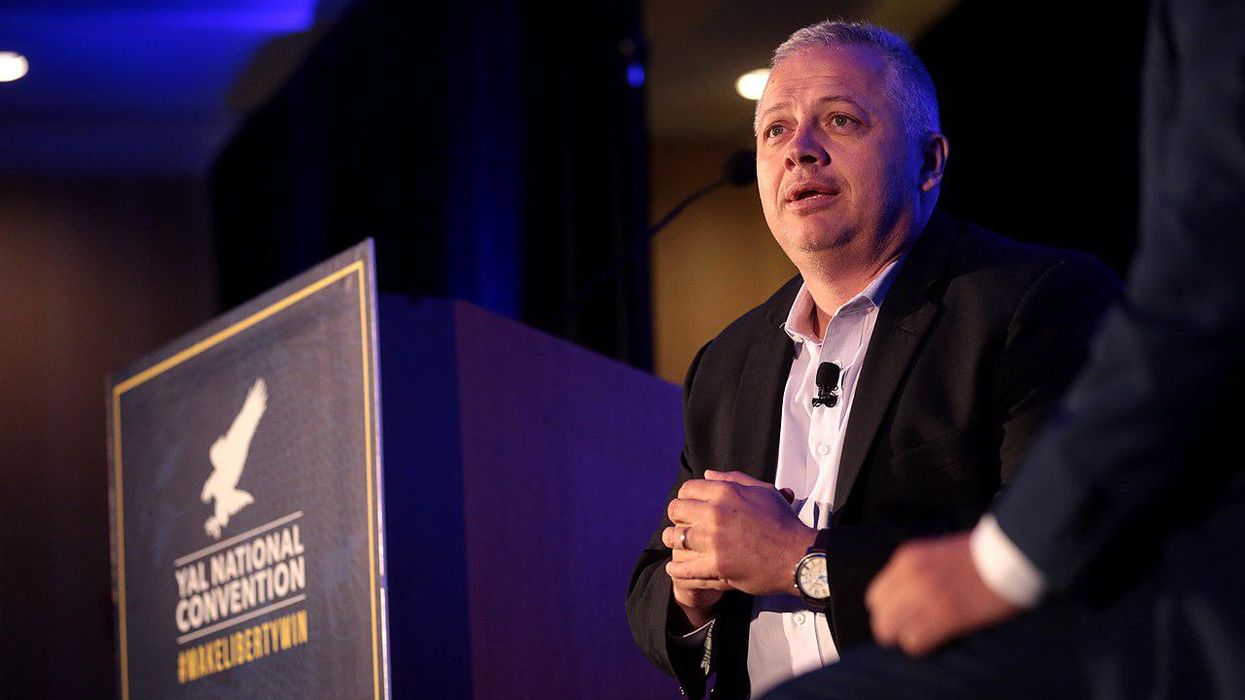 The far-right Rep. Marjorie Taylor Greene of Georgia showed her extremism once again when she called for the formation of an "America First Caucus" that would promote "Anglo-Saxon political traditions," and former GOP Rep. Denver Riggleman slammed her for it during an appearance on CNN's "New Day" on Monday morning, April 19.

The former Virginia congressman, a Republican with libertarian leanings, has been an outspoken critic of Trumpism — and he pointed to Greene as a glaring example of everything that is wrong with his party's Trumpian direction. Discussing the proposed America First Caucus, Berman told Riggleman, "Sometimes, we call things thinly veiled, right? This was the least thinly veiled thing I've ever seen. This was basically, you know, flashing America, and showing America what you think. Anglo-Saxon values. What did you think when you first heard this plan?"

Riggleman replied, "I was sort of gobsmacked. You read the whole seven pages of that America First Caucus statement, and it sounds like what happened to me in my district with the same sort of vile language, like racism in a jar…. I think (Greene) did get her hand caught in the racism cookie jar."

In addition to Greene, candidates for the America First Caucus included Rep. Matt Gaetz of Florida, Rep. Paul Gosar of Arizona and Rep. Louie Gohmert of Texas — all of whom are far-right Trump supporters. During his "New Day" appearance, Riggleman described Greene, Gaetz, Gosar and Gohmert as the "Four G's" — and he made it obvious that he can't stand any of them.

Riggleman told Berman, "I think what they were going for with this America First Caucus is that you had to meet this threshold in order to be a candidate in some of these districts…. This is not unique…. That kind of trying to project policy into a hate-filled bucket is what they're trying to do."

Excited to appear this morning on @NewDay on @CNN with @JohnBerman and @brikeilarcnn Discussing the damaging Amer… https://t.co/PStInSEoyW
— Denver Riggleman (@Denver Riggleman)1618826813.0

The former GOP congressman continued, "If the GOP doesn't stand up and identify these individuals for who they are…. I think there's really trouble there."

Riggleman has clashed with far-right extremists in the Republican Party. Elected to the U.S. House of Representatives via Virginia's 5th Congressional District in 2018, Riggleman ran into problems with local Republicans after officiating a same-sex wedding and offending the Christian Right. Riggleman was voted out of office when far-right Republican Bob Good defeated him in a GOP congressional primary in 2020, and Good went on to win the general election.

Berman is now hosting "New Day" with CNN's Brianna Keilar following the departure of his former co-host Alisyn Camerota, who CNN moved to the afternoons.