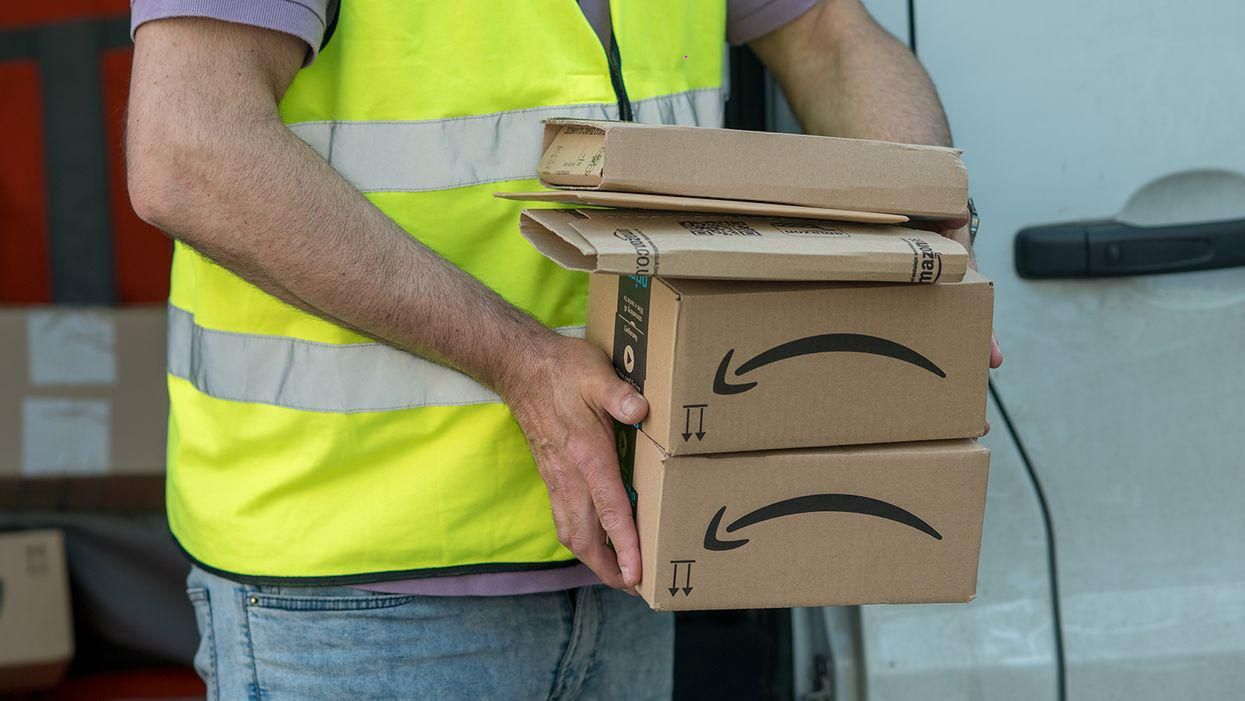 Faced with irrefutable evidence and the prospect of yet another public relations debacle, Amazon apologized on Friday to Rep. Mark Pocan for an "incorrect" tweet denying that its delivery drivers sometimes urinate in bottles while on the job because they don't have time to find and use restrooms.

The Twitter feud between the tech titan and Pocan (D-Wis.) began late last month when the latter responded to a tweet by Dave Clark—head of Amazon's worldwide consumer unit—that took a swipe at Sen. Bernie Sanders (I-Vt.), a vocal supporter of the unionization effort by workers at the company's Bessemer, Alabama warehouse.

"I often say we are the Bernie Sanders of employers, but that's not quite right because we actually deliver a progressive workplace," Clark tweeted, touting Amazon's $15 hourly pay floor.

Pocan, who is chair emeritus of the House Progressive Caucus, shot back that "paying workers $15/hr doesn't make you a 'progressive workplace' when you union-bust & make workers urinate in water bottles."

Amazon retorted: "You don't really believe the peeing in bottles thing, do you?"

According to Jason Del Rey at Recode, the directive to fight back against Pocan's tweet came from outgoing Amazon CEO Jeff Bezos, who "expressed dissatisfaction in recent weeks that company officials weren't more aggressive in how they pushed back against criticisms."

However, after Motherboard published Amazon driver testimonials confirming that some of them do indeed relieve themselves in their delivery vehicles—and a photo of a bottle full of what it said is urine—the company apologized to Pocan.

"This was an own-goal, we're unhappy about it, and we owe an apology to Representative Pocan," Amazon said in a blog post. "First, the tweet was incorrect. It did not contemplate our large driver population and instead wrongly focused only on our fulfillment centers."

"We know that drivers can and do have trouble finding restrooms because of traffic or sometimes rural routes, and this has been especially the case during Covid when many public restrooms have been closed," the company admitted, adding that it "will look for solutions" to the problem.

Amazon also said the issue is "industry-wide" and is "not specific to Amazon." Indeed, Uber and Lyft drivers, as well as drivers for delivery companies including FedEx and UPS, have long complained about how difficult it can be to find restrooms while on the job.

On Saturday, Pocan shrugged off Amazon's apology, tweeting that "this is not about me, this is about your workers—who you don't treat with enough respect or dignity."

"Start by acknowledging the inadequate working conditions you've created for ALL your workers, then fix that for everyone & finally, let them unionize without interference," he wrote.