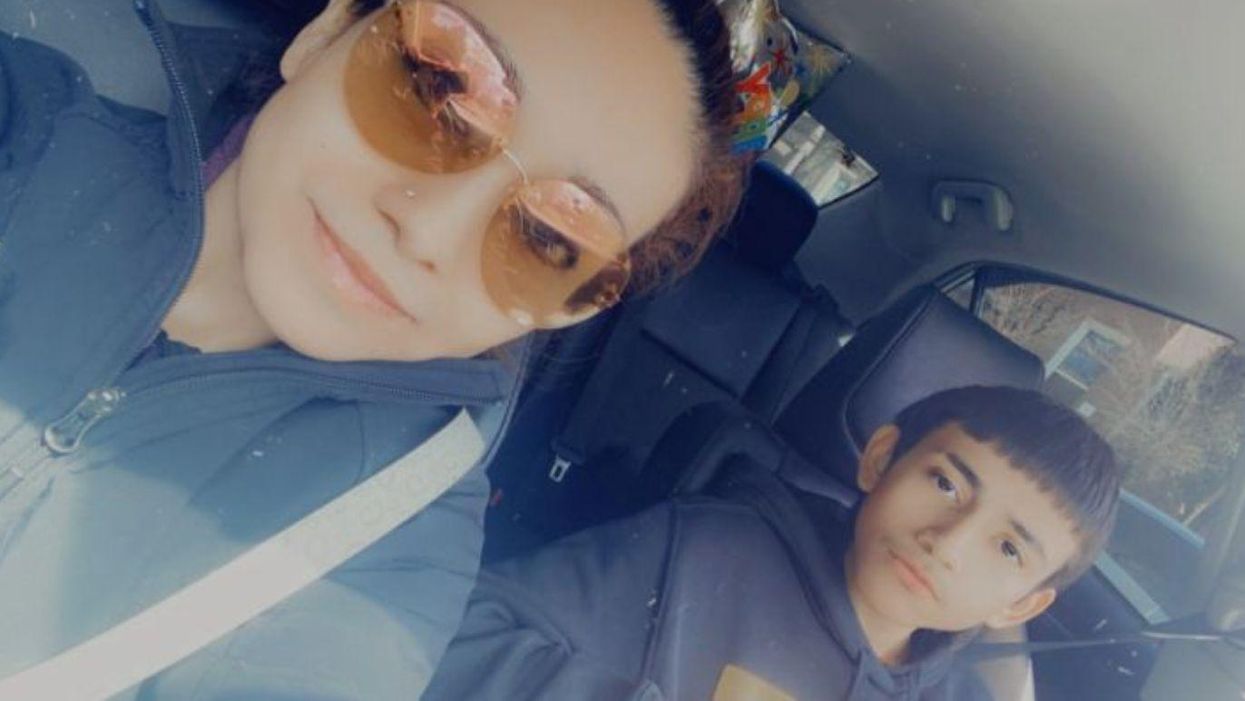 Adam Toledo, 13, is one of about 1,000 people every year who are killed by police officers. Video of the incident was released reluctantly Thursday by the Chicago Police Department. It shows a cop, who is white, shooting Toledo once in the chest after the Hispanic youngster obeyed his commands by dropping his gun and raising his hands. People are still arguing about whether Toledo's death was justified. (It wasn't.) There is no argument, however, about its place in the racist history of policing in America.

Of the 6,211 people killed by police since 2015, about 10 percent were unarmed. Over half were not attempting to flee. While white Americans account for nearly half, Black people, men as well as women, are killed at almost twice the rate of white people. Native Americans and Latino men also face a higher risk of being killed by police than white people. Alternatively, 295 officers were killed in the line of duty last year. The average death toll for police for the last six years was 190, making the public more in danger from police officers than police officers were in danger from the public.

While there has been increased interest in police brutality in the last decade, racist police violence and police brutality dates back to the inception of police forces in this country. The first modern organized force in the United States was the New York City Police Department in 1845 with New Orleans, Cincinnati, Boston, Philadelphia, Chicago and Baltimore following soon after. Urban police forces were encouraged by nativist anti-immigrant concerns and capitalist desires to protect private property.

By 1860, the NYPD was deeply involved in partisan politics, corruption and ethnic resentments, even among Irish and German immigrants who had made inroads into the department. This corruption and politicization of policing and criminal punishment encouraged officers to mete out their own "curbside" justice in the form of beatings rather than arrests. Irish Protestants were more likely to support Republicans, leading to a violent police response to the Catholic Irish protests of Republican Irish parades in 1870-1871. Unfortunately, police brutality did not lessen after 1870 when the police department was once again controlled by Democrats.1

By 1865, the press started reporting on police brutality and complaints made by citizens. Between 1865 and 1894, the Times reported more than 270 cases. Three quarters of these involved an officer clubbing a suspect, usually unarmed, with a baton or nightstick. Wrongful shooting accounted for 7 percent of incidents. Almost 10 percent of victims died. While most police violence was committed against men, 20 percent was against women and 4 percent of reported incidents were sexual assault.2

Police violence became more racialized after the turn of the century. Predominantly Irish police officers joined violent white crowds in attacking Black people, Jews and other immigrants in the early 20th century. Riots in 1900 and 1903 led to police violence against Black Americans in New York's Tenderloin district and the city's old San Juan Hill neighborhood's, respectively. A virtual pogrom broke out during the Hoe Riot when Irish cops joined Irish workers on the Lower East Side in violence against a Jewish funeral march. This legal racist violence by police became a method of assimilation and whiteness for many Irish immigrants. Police forces continued to protect capitalist interests by committing violence as strikebreakers as well as serve nativist political concerns by enforcing increasingly racist immigration laws.

Before organized police departments in the North, some colonial governments appointed constables to protect the community from Native Americans. Some communities also created night watches or used the local militia to protect citizens from outside threats, not to police the behavior of citizens. Policing in the South developed to enforce the slave system and protect against slave rebellions rather than to provide public safety. The first slave patrol was formed in South Carolina in 1704, but soon spread throughout the colonies and lasted until the Civil War in Southern states. Slave patrols were meant to return runaway slaves, deter slave revolts and maintain some discipline among slaves who might violate plantation rules. Slave patrols supported a vigilante style of policing that continued after the Civil War. Vigilance committees formed in the West to police the frontier and were often sanctioned by governments. Slave patrols also contributed to Jim Crow and segregation policing that led to lynchings that went unchecked by governments.

Policing has violent racist origins in all parts of the United States. Rather than general public safety and law enforcement, police departments were created to enforce racial boundaries and the political concerns of white supremacy. Rather than tools of justice and peacekeeping, police forces have historically acted as state-sanctioned vigilantes or to support truly extralegal violence. Most of us think police were created to deal with rising crime and urbanization, but they always served the needs of the white elite to protect property with violence and enact their own racist animus. Government-sanctioned police brutality is embedded in our policing structures. You should know about this history. It's what powered the bullet that flew into Adam Toledo's chest.