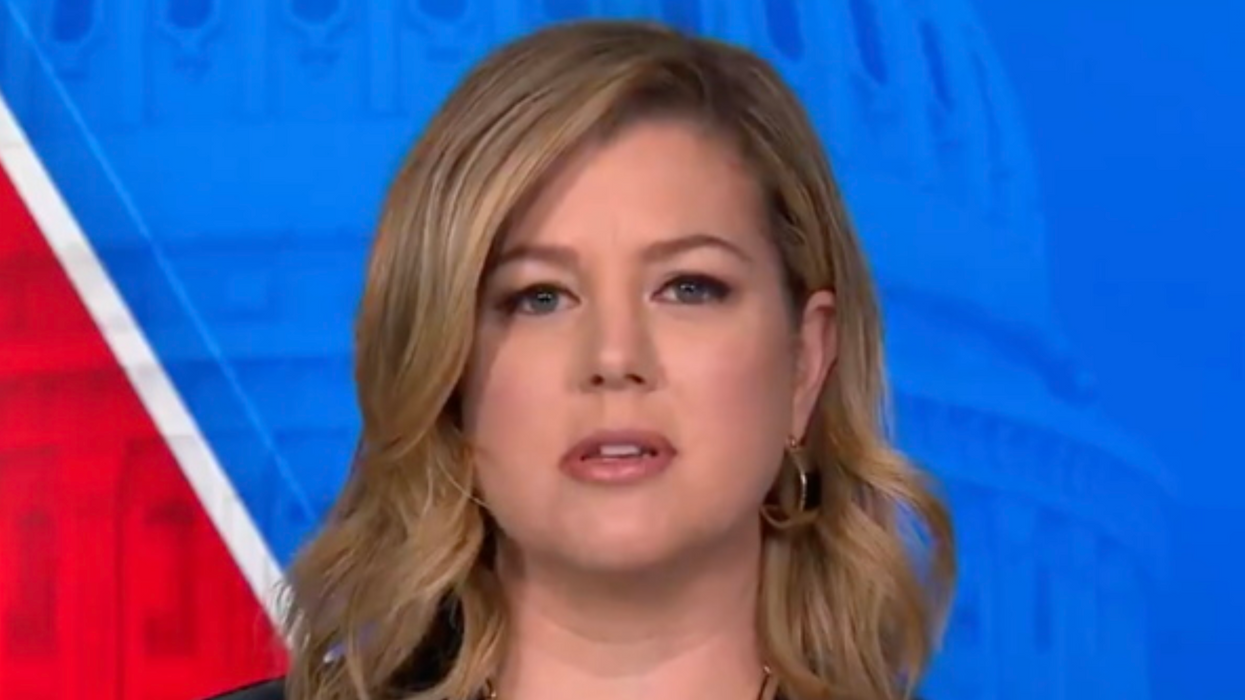 Keilar expanded her attack to include all of Fox News, intelligently noting that not only is Carlson, the face of the Rupert Murdoch propaganda machine, "denigrating honorable female service members" but it has been defending their male counterparts who have been accused of committing crimes, including war crimes – in quite the "double standard."

Calling Fox News "a highly rated propaganda arm that usually professes to support the men and women who wear the uniform of the United States Armed Forces," she slammed Carlson for taking "aim at service members who not only fight for this country, but schedule the growing of human beings around deployments off into war zones."

She also played Carlson's response to the countless social media posts berating him for attacking women who wear the uniform of their country to defend it – including his right to free speech attacking them.

"This is bigger than a feud with some flak at the Pentagon. This is genuinely worrisome. The Department of Defense has never been more aggressively or openly political," he claimed.

Keilar then gave it all context.

"Carlson had to respond because the backlash was fierce, so he chose to respond by pretending the backlash was just the Pentagon, just Biden political appointees rebuking him, but that is not what this is. The military at every level is rebuking Carlson's comments because they're sexist and because they're anti-military. Military spouses rebuked Carlson," she noted. "Active Duty women and men skewered Carlson, it was extraordinary that they spoke up, but Carlson ignored that trying to say he was just focusing on making sure the military is strong."

She then played another clip of Carlson:

"Nothing matters more than the job it does to our US military. Our military is the last functional institution of any size in this country, is the last institution most people trust and respect. It is by far the most important, a weak military means no country, period."

"Now," she continued, "if Tucker Carlson thinks that, then why is he actively trying to weaken it by denigrating essential members of the armed services for no reason other than that they are women? Maybe he doesn't realize his comments are weakening the military, after all he wouldn't know deployment from a trip to Nantucket or a rocket launcher from a lacrosse stick, but that's what he is doing maligning pregnant service members."

In response to Carlson defending himself, his show, and Fox News as "pro-pregnancy" after attacking flight suits and uniforms for pregnant women, Keilar, frustrated, asked: "What is he talking about?"

"Pregnant pilots are just pilots who are pregnant. They are no worse or better because they're pregnant. They are just highly-qualified women, and in an all volunteer force in a country where most people wouldn't qualify to join, the military needs highly qualified women. It's not surprising that Tucker Carlson doesn't understand that, or that Fox doesn't. The network has a double standard, they have used their platform to effectively lobby for the pardons of male service members and military contractors convicted, or accused of war crimes."

"Tucker Carlson's predictable play would be to make this about free speech," she continued, wrapping up her prosecution of Carlson and Fox News. "Well, he is free to say whatever the hell he wants. He is free to wake up in the morning and figure out who he wants to insult and what nutso thing he wants to rant about to get the attention he seems to need. But keep in mind the highest rated show on the network is Carlson's. He is Fox, and as Fox tries to right its rating ship, its Tucker rising its other programming, as well. Laughlan Murdoch said out loud that his network would be the 'loyal opposition' to the Biden administration. Well. Is he cool with his top rated host acting like the loyal opposition to the rank and file of the US military that the network says it champions? What say you? Fox can come to the aid of convicted war criminals, but denigrate honorable female service members? We tried to find out more about this contradiction from Fox, they've had more than 24 hours to respond to our questions and they have not."