'Hunger Games–style chaos': Trump staffers at every level 'shamelessly' tried to get on vaccine short list 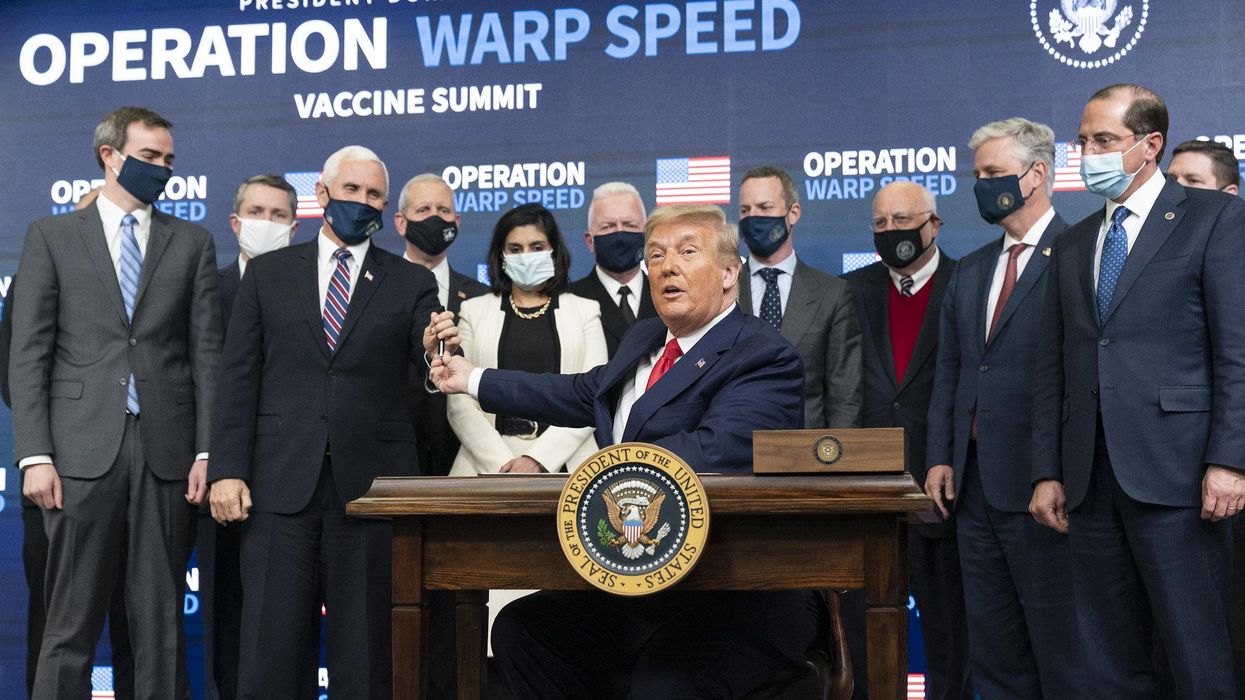 After they or their bosses spent nearly a year flouting public health and safety guidelines, like mask-wearing at work, and going as far as dismissing CDC warnings about the coronavirus pandemic, many Trump White House staffers and aides at every level worked "shamelessly" to get on the list of special recipients for the COVID-19 vaccine.

White House Chief of Staff Mark Meadows was partly responsible for determining who at the White House would get the coronavirus vaccine earlier than most Americans. It makes sense that some in the White House should be inoculated as soon as possible. Those running the government, like the President and Vice President, and those in the line of succession, like the Secretary of State, should be vaccinated to ensure continuity of government. So should those performing "national essential functions."

But according to a Vanity Fair report Monday, in "the waning days of the Trump administration, with nearly 2,500 Americans dying of COVID-19 every day, what had been envisioned as a triumphant vaccine rollout soon devolved into Hunger Games–style chaos."

Who should get the limited-supply of shots?

"Did employees within a White House that flouted safeguards, and was holding mask-less holiday parties, deserve a shot? What about Department of the Interior firefighters, dousing flames on federal lands? Or Border Patrol agents in pursuit of undocumented immigrants?"

"Why, in a White House infamous for flouting pandemic precautions, would some political appointees in the executive branch show such determination in attempting to score a shot? According to the former senior administration official, the answer is simple enough: Vaccinations would enable these high-flying rule flouters to 'maintain' their active lifestyles."

Like many other things in the Trump administration, the "operation was so opaque that even members of the Operation Warp Speed board and the White House COVID-19 task force say they were left in the dark. When several caught wind of the seemingly random vaccinations of healthy, young federal employees, they suspected that vaccine doses were being siphoned, without clear accounting, from the nation's overall supply, Vanity Fair has learned."

"In agency after agency, employees in critical roles were stunned to learn that they weren't eligible for a shot."

How screwed up was the decision-making process?

"A team of infectious disease experts from the CDC who were deploying to Guinea and the Democratic Republic of Congo to fight an Ebola outbreak were vaccinated against Ebola but not COVID, despite the evident hazards they faced, Vanity Fair has learned."