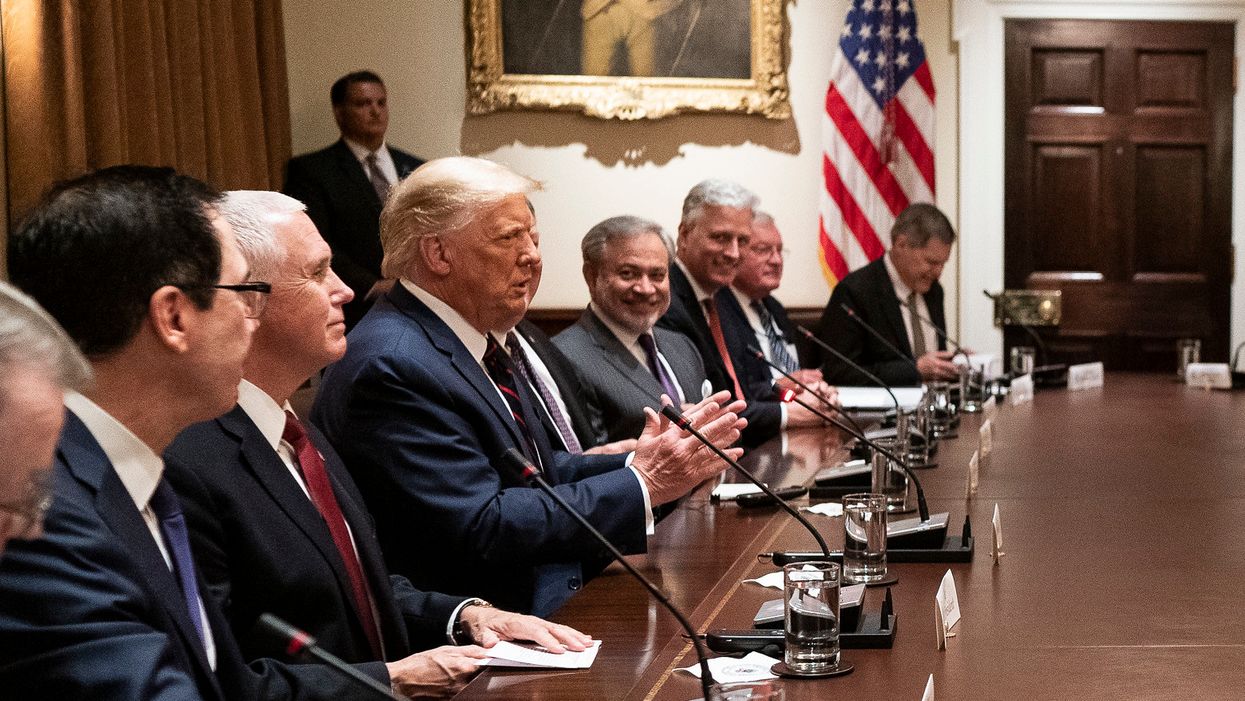 House Democrats and progressive activists are accusing the leadership of the Social Security Administration—currently headed by Trump holdover Andrew Saul—of slow-walking the Biden administration's effort to distribute direct coronavirus relief payments to tens of millions of seniors and people with disabilities.

In a letter (pdf) to Saul on Wednesday, Democratic members of the House Ways and Means Committee raised alarm on behalf of "the nearly 30 million Social Security and Supplemental Security Income beneficiaries who are still awaiting their economic impact payments (EIPs)"—checks approved under the recently passed American Rescue Plan.

"We understand that these beneficiaries are waiting because the Social Security Administration (SSA) has not sent the necessary payment files to the Internal Revenue Service (IRS)," the lawmakers wrote. "We are aware that the IRS asked SSA to start sending payment files two weeks before the American Rescue Plan became law on March 11, 2021. As of today, SSA still has not provided the IRS with the payment files that are needed to issue EIPs to these struggling Americans."

The House Democrats' letter came in the wake of news reports detailing the financial stress the delay has caused for seniors across the country as they struggle to cover basic expenses during the ongoing public health and economic crises.

"I'm having to put off everything—utility bills, cable. I had to be late on rent," 65-year-old Florida resident Mark Stevens told CBS News. "People in my situation are feeling lied to."

In the previous two rounds of payments approved during the Trump administration, the IRS used information already on file with the SSA to distribute payments to Social Security recipients, many of whom aren't required to submit tax returns. But SSA's unexplained delay in getting updated payment information to the IRS has held up the process of sending out the money, prompting confusion and anger.

"A full month ago, the IRS asked the Social Security Administration for the necessary data to send Covid relief checks to Social Security beneficiaries," said Lawson. "Commissioner Andrew Saul and Deputy David Black have failed to supply the data. As a result, nearly 30 million seniors and people with disabilities—who are among those hit hardest by Covid—still haven't received their relief checks. They are counting on these checks for basic necessities like food and medication."

"President Biden can't stand for this any longer," Lawson added. "He must protect Social Security beneficiaries by firing Saul and Black immediately."

An SSA spokesperson told HuffPost that the agency intends to send the information to the IRS on Thursday. "A Democratic aide said that once Social Security sends the file to the IRS, it will still be more than a week before people will receive the checks," HuffPost reported.

In a press release on Wednesday, the Treasury Department said that "the IRS is working directly with the Social Security Administration, the Railroad Retirement Board, and the Veterans Administration to obtain updated 2021 information to ensure that as many people as possible are sent fast, automatic payments."

The department added that "more information about when these payments will be made will be provided on IRS.gov as soon as it becomes available.

Saul and Black are among the dozens of Trump appointees who continue to cling to key federal posts during the Biden presidency, prompting advocacy groups to warn of internal threats to the new administration's policy agenda.

As Common Dreams reported earlier this month, a growing chorus of lawmakers and progressive advocacy groups has been urging Biden to terminate Saul and Black, who pushed several sweeping attacks on the Social Security system when Trump was in power. Sen. Sherrod Brown (D-Ohio.), chairman of a Senate Social Security subcommittee, became the first member of Congress to demand Saul and Black's ouster last month.

Brown has since been joined by Rep. Bill Pascrell (D-N.J.), who sent a letter earlier this month urging Biden to fire the two Trump holdovers for using their powerful positions to "destabilize and actively harm" Social Security.

"The leadership of the Social Security Administration under Commissioner Saul and Deputy Commissioner Black has been marked by a stunning streak of disregard, callousness, and destruction of the agency," Pascrell wrote.