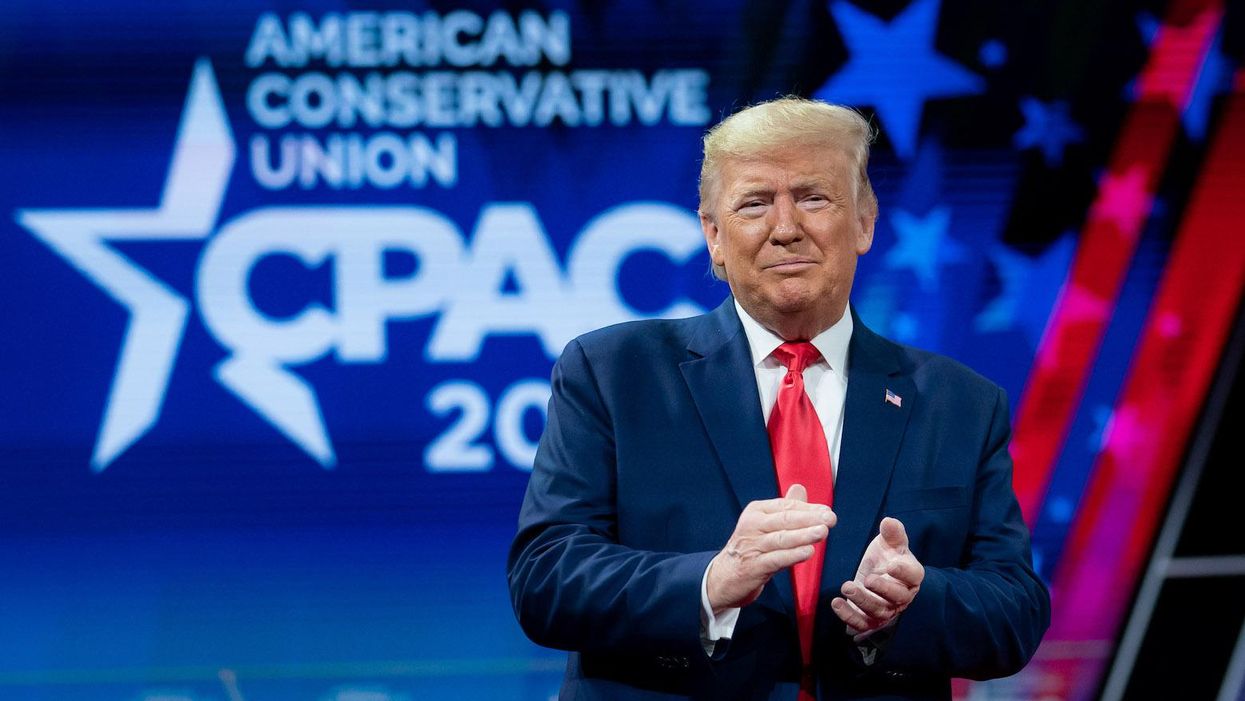 From Georgia to Arizona to Iowa, Republicans in state legislatures have been pushing bills designed to make it harder to vote — all the while claiming that their goal isn't voter suppression, but election security. But liberal Washington Post opinion writer Greg Sargent, in a column published this week, emphasizes that anyone who doubts that Republicans are for voter suppression need only listen to what former President Donald Trump has been saying.

"The Republican strategy for retaking power depends in no small part on undertaking maximum voter suppression and other anti-majoritarian efforts all over the country — while piously pretending this has nothing to do with diluting the impact of Democratic-aligned voters or keeping them from casting ballots at all," Sargent explains. "The problem is that Donald Trump keeps giving away the game."

Although Trump's Twitter and Facebook accounts are still suspended indefinitely, it isn't hard to find out what is on his mind. The former president still gives interviews to right-wing media outlets, including Fox News — and he was among the speakers at the recent 2021 Conservative Political Action Conference in Orlando, Florida.

"Trump has already told us what standing for 'election integrity' really means: making it harder to vote for the express purpose of making it easier for Republicans to win future elections," Sargent warns. "Trump made this explicit during his Conservative Political Action Conference speech. He declared that the GOP must be the party of 'election integrity' and that this means reversing efforts to make it easier to vote wherever possible and that this is an 'urgent' matter facing the GOP."

Sargent continues, "Speaking about the 2020 election, Trump said, 'We can never allow this to happen again.' It is 'urgent' for the GOP to make it harder to vote wherever possible, in the name of 'election integrity,' and the 2020 election loss drove this home."

According to Sargent, the voter suppression bills being proposed in state legislatures all over the U.S. are "inseparable" from Trump's efforts to overturn the 2020 election results.

"The call for 'election integrity' is now inseparable from the claim that the election was stolen from Trump," Sargent explains. "That's a lie, but the fact that so many Republican base voters believe it — which Trump and Republican officials themselves brought into being — is itself the stated justification to continue…. The same justification Trump used to incite an effort to violently subvert the 2020 election's conclusion is now being used to manipulate future elections, by preventing as many Democratic-aligned voters — untold numbers of them African- American — from voting as possible."