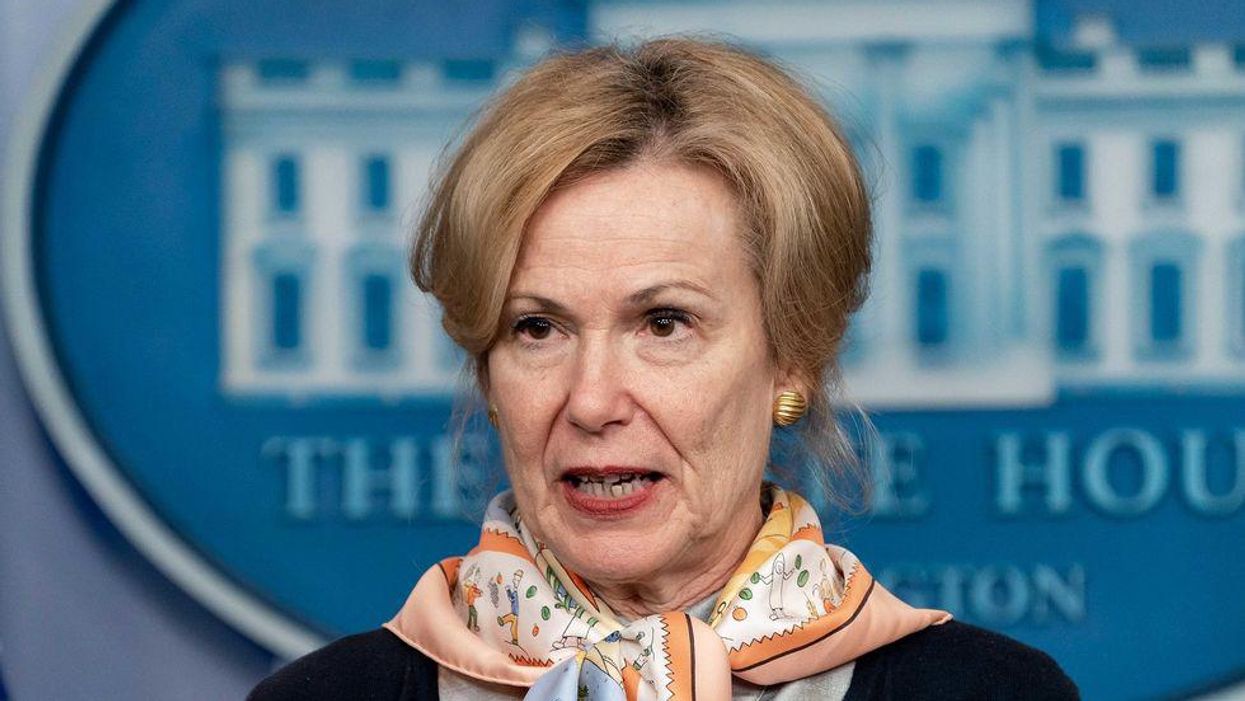 The "It wasn't my fault" tour is in full swing.

We heard from Robert Redfield, former director of the CDC and one of Trump's prime stooges during the COVID-19 pandemic, venturing that that if only China had been a little more forthcoming, the U.S. response under Trump would have been so, so drastically different.

Speaking Saturday to CNN, and rather than trying to justify his own abysmal performance during the worst public health crisis the country has experienced in over a century, he instead chose to repeat the discredited and debunked "lab myth:"

Without citing any evidence to back up his claim, Redfield also told Gupta he believes the pandemic originated in a lab in China that was already studying the virus, a controversial theory that the World Health Organization called "extremely unlikely" and for which there is no clear evidence.

Still, Redfield filled up the Internets up with words, and maybe, just maybe, he will be able to salvage his career, working quietly cleaning bedpans in some nondescript medical hell-hole somewhere in the American "heartland." Which would be far more than he deserves.

But this is really, really just too much for any words:

Dr. Deborah Birx, who served as the White House coronavirus response coordinator under the Trump administration, reveals her chilling conclusion in a new CNN documentary that the number of coronavirus deaths could have been "decreased substantially" if cities and states across the country had aggressively applied the lessons of the first surge toward mitigation last spring, potentially preventing the surges that followed

In other words, mistakes were made "last spring." If some mysterious and unnamed "others" in those "cities and states" had just not been complicit in those mistakes, so many people would be alive right now!

"I look at it this way. The first time we have an excuse," Birx says. "There were about a hundred thousand deaths that came from that original surge. All of the rest of them, in my mind, could have been mitigated or decreased substantially."

In "her mind" the number of deaths could have been "mitigated or decreased substantially."

Well, what exactly was in her "mind," last spring? How hard would it have been for a 64 year-old physician and diplomat, with a career fully established, well ensconced and secure in her position, to speak out against what amounted to a politically-motivated, contrived agenda that she knew full well would result in the deaths of hundreds of thousands of Americans?

I guess that prospect was just too daunting to contemplate at the time. As the New York Times reported, during that exact time — "over a critical period beginning in mid-April" — where she could have made any difference, Birx was little more than a cheerleader for Trump's malfeasance:

For scientific affirmation, they turned to Dr. Deborah L. Birx, the sole public health professional in the Meadows group. A highly regarded infectious diseases expert, she was a constant source of upbeat news for the president and his aides, walking the halls with charts emphasizing that outbreaks were gradually easing. The country, she insisted, was likely to resemble Italy, where virus cases declined steadily from frightening heights.

"[F]ully embracing her role as a member of the president's team," as the Times reported back in July of last year, she positively reveled in her newfound status, even providing some useful buzzwords for Trump to try to explain away the virus' mounting death toll, as he intentionally and deliberately discouraged the states — with her full knowledge, over and over -- from doing anything to mitigate it:

Dr. Birx would roam the halls of the White House, talking to Mr. Kushner, Ms. Hicks and others, sometimes passing out diagrams to bolster her case. "We've hit our peak," she would say, and that message would find its way back to Mr. Trump.
Dr. Birx began using versions of the phrase "putting out the embers," wording that was later picked up by the press secretary, Kayleigh McEnany, and by Mr. Trump himself.

So during the time that she now says deaths from COVID-19 "could have been mitigated or reduced substantially," Birx was doing essentially nothing to achieve that end. In fact, based on the reporting of record, she knowingly acquiesced in making the pandemic even more lethal.

"The malicious incompetence that resulted in hundreds of thousands of unnecessary deaths starts at the top, with the former President and his enablers," the congressman tweeted. "And who was one of his enablers? Dr. Birx, who was afraid to challenge his unscientific rhetoric and wrongfully praised him."

There's nothing more sickening than watching people desperately trying to redeem their reputations in the wake of a catastrophe they themselves helped to create.

But, I suppose they can always say they were "just following orders."