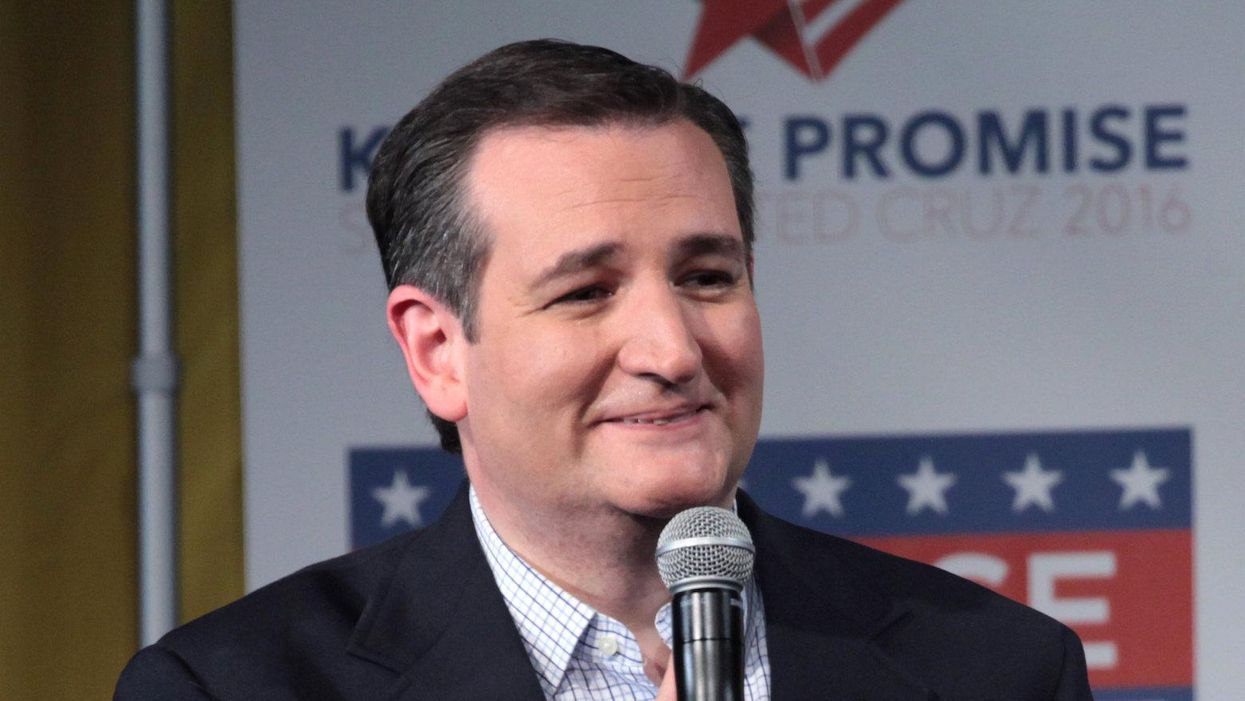 U.S. Senator Ted Cruz (R-TX) on Tuesday apparently tried to make a soundbite speech for Fox News while falsely characterizing the LGBTQ Equality Act and its impact on "religious freedom." Judiciary Committee Chairman Dick Durbin (D-IL) was not going to allow Cruz's political grandstanding get in the way of an important confirmation hearing.

Cruz, under fire for months now over various scandals, including his role in the January 6 insurrection, has gone as far as doing a photo op showing him holding a case of bottled water after his Cancun excursion when he left millions of his constituents in the middle of a sub-freezing winter storm without power or water.

Gupta, the president and CEO of the Leadership Conference on Civil and Human Rights, is President Joe Biden's nominee to be Associate Attorney General. Cruz falsely framed his question, trying to back Gupta into a difficult position while not letting her complete her answer.

"Do you agree with the provisions stripping RFRA's religious liberty protections from Americans?" an argumentative Cruz asked Gupta.

The LGBTQ Equality Act does not "strip" the Religious Freedom Restoration Act's religious liberty protections from Americans. What it does is say the law cannot be used as the basis for anti-LGBTQ discrimination. Cruz has attacked LGBTQ activists in year past, claiming they are waging "jihad" on Christians.

Gupta tried to answer and present her position. She did not get far.

"Senator, let me begin by saying that religious liberty is incredibly important to me. I am a person of faith. My family is one of deep and abiding faith. And this country's founding freedom was rooted in religious liberty. I have defended religious freedom throughout my career when I was at the Justice Department I launched an interagency effort to protect religious liberty –"

"I appreciate that but our time is limited –" said Cruz, not wanting Gupta's background to be advertised, and cutting her off.

"Senator, Senator, it is only fair to allow her to complete her answer," Chairman Durbin told the Texas Tea Party Senator.

Cruz was not about to let Durbin set the rules.

"Mr. Chairman, I understand that she has things she wants to say but I asked if she supports the repeal of RFRA," Cruz said, admitting that he's lying about the LGBTQ equality Act, which does not repeal the Religious Freedom Restoration Act.

"I'm asking you allow her to answer," Durbin again stated.

"She was not answering," Cruz claimed, unfairly. "She's welcome to answer the question. The question is, do you support the Equality Act's repealing RFRA's protection of religious liberty for Americans?" Cruz said, again falsely stating what the LGBTQ Equality Act does.

Cruz again was not satisfied and interrupted Gupta again.

"Let me try again for a third time. Do you support the Equality Act's repeal of RFRA's religious liberty protections?" he asked, again lying about what the legislation does.

"Senator, if confirmed as Associate Attorney General, my duty will be to enforce laws to protect religious liberty and the anti discrimination laws that the Justice Department –"

And once again, Cruz interrupted Gupta.

Okay so you're declining to answer that as well."