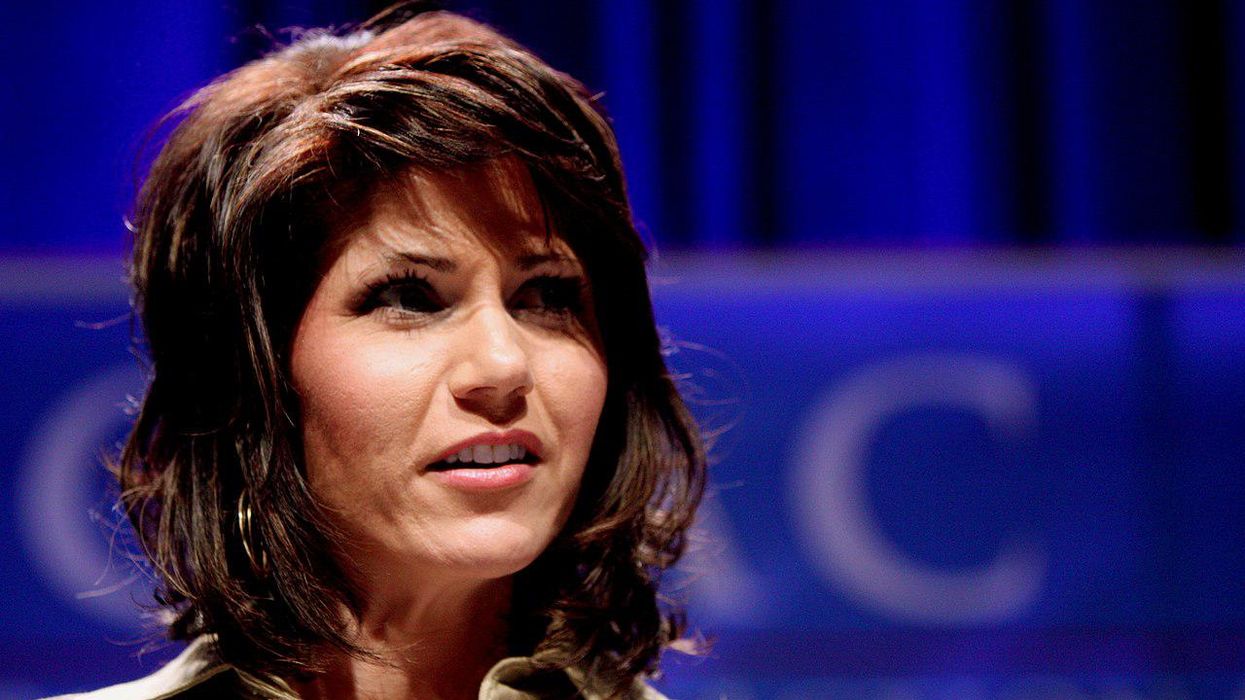 In South Dakota, the state's Republican attorney general, Jason Ravnsborg, has been facing misdemeanor charges after fatally striking a man with his vehicle in September 2020. And now, journalist Aaron Keller reports in Law & Crime, a judge has ordered Gov. Kristi Noem and other state officials to stop releasing evidence that could influence the case.

Keller reports, "South Dakota Judge John Brown, of the state's Sixth Judicial Circuit, agreed with a motion filed by Ravnsborg's attorneys to, as the judge explained, 'preclude the release of criminal investigation information' in the future. But the order also forced the state to backpedal on the release of the widely viewed interrogation video."

Ravnsborth is facing three misdemeanor charges: careless driving, operating a motor vehicle while using a mobile device, and a lane changing violation. In September 2020, Ravnsborth was driving home from a political event when he fatally struck 55-year-old Joseph Boever; the South Dakota attorney general, however, has maintained that he believed he hit a deer and didn't realize that he hit a man.

Brown ordered that "the Department of Public Safety, law enforcement, or any member of state government, including Gov. Kristi Noem, (be) precluded from producing any further criminal reports, interviews, test results, digital media, photographs, videos, statements, or anything whatsoever related to the above-captioned matter to the public."

In his ruling, Brown also said, "(The) links to the law enforcement video interviews of Jason Ravnsborg to information having already been made public should be removed by the South Dakota Department of Public Safety and any and all other state agencies having such links to prevent the public from having access to information which would be hearsay at a trial of this matter."

This case, according to Keller, "keys up an age-old battle between the Sixth Amendment rights of criminal defendants to be tried by 'impartial' juries and the 1st Amendment rights of others — even prosecutors — to keep the public reasonably informed about ongoing cases. Ravnsborg, as the state's chief law enforcement officer, occupies a position normally used by others in similar roles to release information prior to trial — but Ravnsborg, the defendant, is now arguing against such releases."

Keller notes that "Ravnsborg's toxicology test results were also among the data the state pulled from the web pursuant to the judge's order."

Ravnsborg called 911 after the September 12, 2020 incident, reporting that he had "hit something." The 911 dispatcher, named Ally, asked him if he was injured; Ravnsborg replied, "I am not, but my car sure as hell is."

Here is a recording of that conversation: