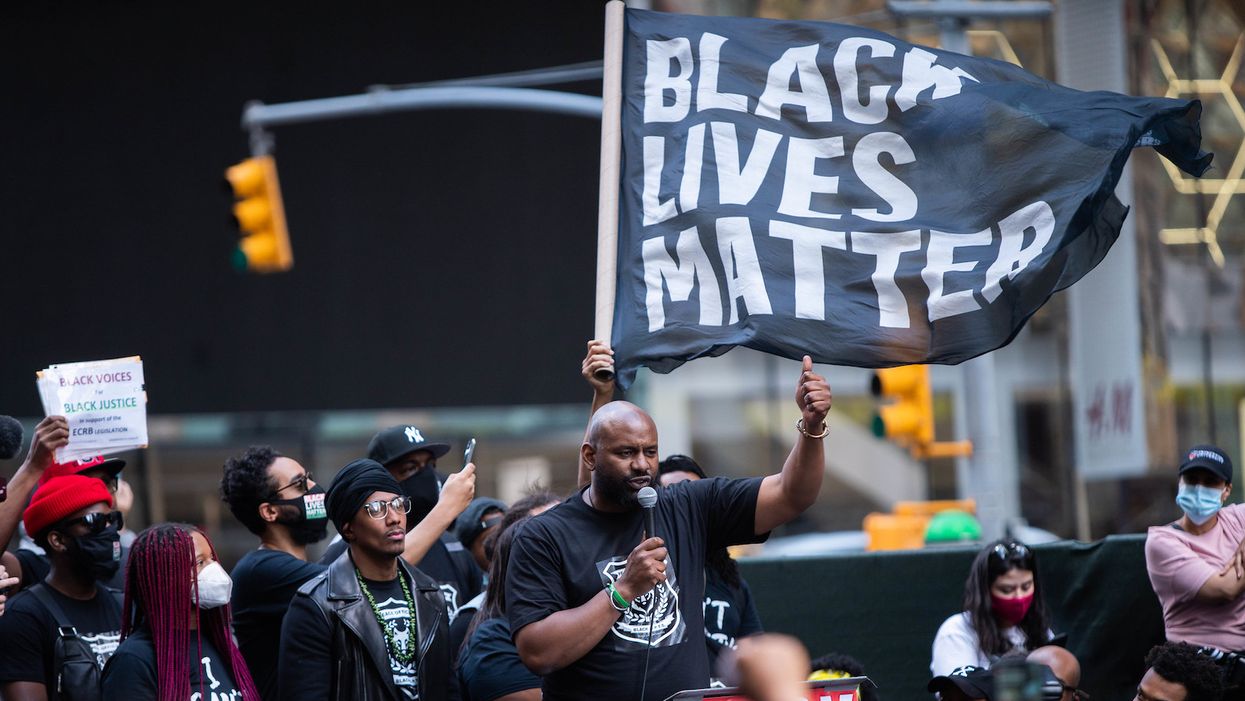 Decrying the passage of House Bill 1 in the Florida legislature on Friday, the state's ACLU chapter warned that if the undemocratic anti-protest bill pushed by Republican Gov. Ron DeSantis is passed by the state Senate and signed into law, it would "silence and criminalize" people who want to exercise their First Amendment rights to peacefully advocate for social change.

"It is shameful that this bill has passed in the House," Micah Kubic, executive director of the ACLU of Florida, said in a statement. "It is clear certain legislators are more interested in earning political points with the governor than upholding the constitutional rights of their constituents."

"We've said it before and will state it again," Kubic continued: "This bill is not intended to increase public safety. It is not intended to address any public need. Over 95% of protests across the state of Florida have been peaceful."

Kubic noted that "HB1 and its companion bill, Senate Bill 484, represent a blatant attempt to silence and criminalize speech that runs counter to the political agendas of those currently in power in Florida."

"It is a political stunt designed by Gov. DeSantis that will further cultivate the disparate justice we've seen administered in Florida for years," he added. "It is a rebuke of a year of historic expression where millions of people joined together to protest the continued killings of Black people at the hands of police."

As Common Dreams reported earlier this year, progressives have been sounding the alarm that Republican lawmakers in multiple states are exploiting the deadly January 6 attack on the U.S. Capitol by a mob of then-President Donald Trump's supporters to push for anti-protest bills, which critics say have nothing to do with stemming the tide of far-right extremism and everything to do with suppressing left-wing dissent and quashing protests against police brutality, fossil fuel pipelines, and more.

In an op-ed published earlier this year, Erwin Chemerinsky, dean of the UC Berkeley School of Law, and Ngozi Nezianya, counsel at Protect Democracy, argued that "Florida's bill would use the tragic events to dress in sheep's clothing DeSantis' wolfish intent to become the arbiter of free speech."

In an op-ed published earlier this week, Gail Johnson, an at-large city commissioner in Gainesville, argued that "Gov. DeSantis wants to undermine our ability to hold our government accountable." She urged state lawmakers to reject the bills, which attack "our collective right to protest" and use preemption to "block local leaders from doing our jobs."

"The people of this great state have a fundamental right to free assembly. Our freedoms are non-negotiable," Johnson added. "There's no harm from allowing people to march freely, peacefully and unperturbed, but there is harm when our governor ignores the crises right in front of him, in favor of pursuing legislation that undermines our local power and silences our voices."

In his statement, Kubic said that "giving those in power the ability to quash dissent is perilous, extremely unwise, and profoundly un-American. And yet, that is what Gov. DeSantis and certain legislators are attempting to do."

"It is now up to the Senate," he added, "to heed the voices of Floridians, uphold their duty to the Constitution, and stop this bill from ever becoming law."