'Convinced': Scientists warn of the cancer risk from a popular weedkiller 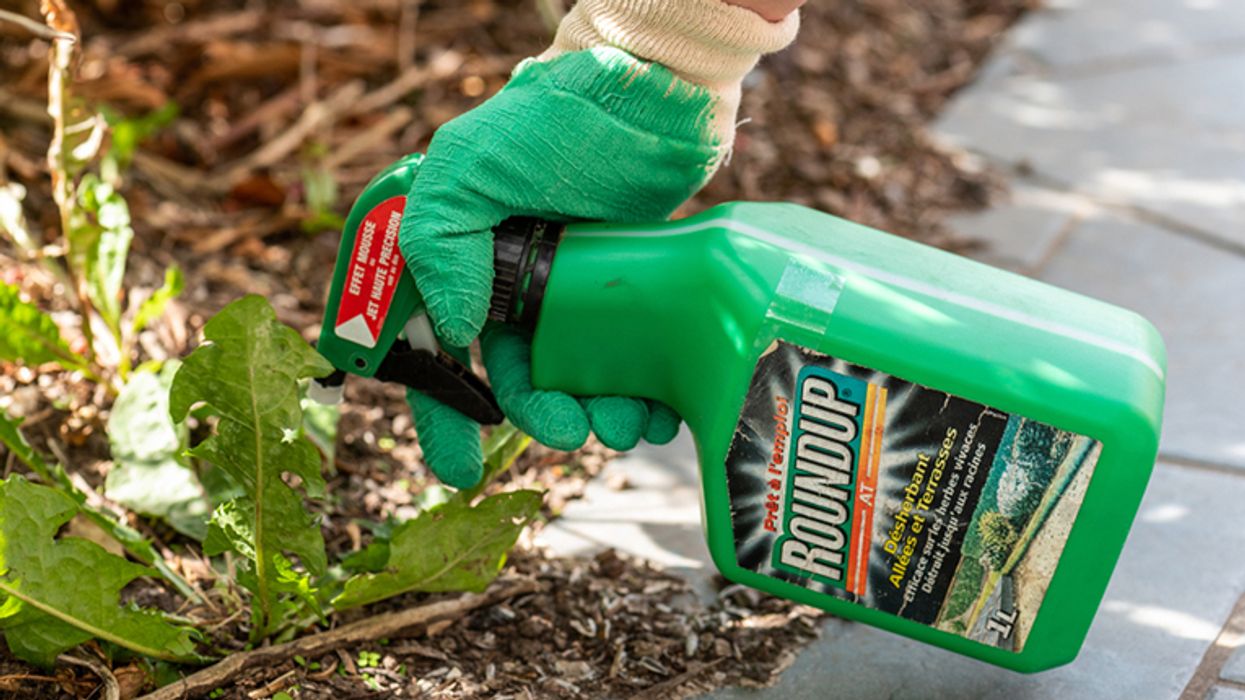 Glyphosate is a broad-spectrum herbicide used to kill weeds and grasses that compete with food crops. First registered for use in the United States in 1974 by agrochemical giant Monsanto under the brand name Roundup, it is one of the most widely used weedkillers in the nation, from large-scale industrial farms to lawns and home gardens. The chemical is extremely effective at killing weeds, especially when used on Monsanto's "Roundup Ready" crops, such as soy, corn, canola, alfalfa and cotton that have been genetically modified to be resistant to glyphosate. More than 90% of corn, soybeans and upland cotton grown in the U.S. have been engineered to be resistant to herbicides like Roundup, according to the U.S. Department of Agriculture.

But a growing volume of scientific research has pointed to the negative impact that glyphosate has on human and environmental health. In 2014, for example, researchers at the International Agency for Research on Cancer (IARC) in Lyon, France, the cancer research arm of the World Health Organization, conducted a meta-analysis of more than 40 studies covering nearly three decades of research on the relationship between non-Hodgkin lymphoma (NHL), a type of cancer, and occupational exposure to agricultural pesticides. They concluded that there is "consistent evidence of positive associations" between glyphosate and an increased risk of NHL. The following year, IARC classified glyphosate as "probably carcinogenic to humans," noting that "Case-control studies of occupational exposure in the USA, Canada, and Sweden reported increased risks for non-Hodgkin lymphoma that persisted after adjustment for other pesticides."

The sheer amount of glyphosate that has been used across the globe is stunning. In 2014, farmers sprayed enough of the herbicide to cover every acre of cropland in the world with nearly a half-pound of it, according to a 2016 study published in Environmental Sciences Europe. "No herbicide in the history of the world has ever been used this heavily," said the study's author Charles Benbrook, an agricultural economist. "It's a completely unprecedented case."

Since the IARC classification in 2015, several countries have banned or restricted the use of glyphosate. Last year, Austria became the first nation in the European Union (EU) to vote to ban its use completely (though the European Commission (EC) blocked the planned ban). Germany announced that it will be phased out by 2023. Nearly 20 other countries currently have some legislation around glyphosate, including France, the Netherlands, Italy, Belgium, Saudi Arabia, Thailand and Vietnam. The EC has approved its use in the EU until December 2022.

In the United States, individual states and municipalities have also moved to ban or restrict its use. In 2017, California became the first state to issue an official warning about glyphosate by adding the chemical to its Proposition 65 list of cancer-causing chemicals. Dozens of counties, cities and townships across the nation have adopted some sort of restrictions that limit or ban the use of glyphosate. Every single state has a Change.org petition requesting its governors to ban glyphosate. Several environmental, public health and consumer advocacy groups, including Friends of the Earth Action, Food & Water Action, Progress America and Corporate Accountability have sponsored a public petition urging the Environmental Protection Agency to ban the use of glyphosate.

There are also rising concerns about glyphosate's impact on wildlife and the natural environment. In 2019, researchers at the University of Florida published a study on the persistence of glyphosate in the environment. They found that the chemical accumulates in topsoil and has been detected in groundwater and surface water due to pesticide runoff from farms. "Owing to the relatively high mobility of glyphosate, the likelihood of a rise in surface and groundwater content in tandem with herbicide use is high," the study authors concluded. "Hence, potential routes of exposure into the environment, as well as the consequent implications on animals and humans, need to be explored more thoroughly."

Other research has revealed that exposure to glyphosate can impact the metabolism and reproductive functions of a variety of wildlife, including mussels, crayfish and other aquatic invertebrates. Studies also suggest that glyphosate exposure can harm the navigational ability and gut bacteria of bees, which are critical for crop and plant pollination. Researchers have also found that the herbicide causes neurological harm to mosquitoes, which are an important food source to a myriad of other species, including bats, birds, reptiles, amphibians and other insects, and also serve as plant pollinators.

Still, much more research is needed to know the full impacts of glyphosate on wildlife and the natural environment. "We've barely begun to investigate the microbiomes of animals and soil as possible targets for glyphosate toxicity," Nico van Straalen, an ecotoxicologist at Free University Amsterdam in the Netherlands, told Environmental Health News in 2019. And that's why the current body of research should trigger the use of the precautionary principle, a philosophical and legal approach used to pause the use of a new product or process when its ultimate impacts are unknown or disputed.

"When an activity raises threats of harm to human health or the environment, precautionary measures should be taken even if some cause and effect relationships are not fully established scientifically," said the International Federation of Gynecology and Obstetrics (FIGO), a nongovernmental organization focusing on women's health, in a 2019 statement. The group, which holds official consultive status with the United Nations, added, "We recommend that glyphosate exposure to populations should end with a full global phase out."

But while the pressure to eliminate glyphosate from store shelves and the food system in general mounts in tandem with the research revealing its negative effects, the market forces supporting its continued use are strong. Roundup is the bestselling weedkiller, accounting for 25% of all herbicides sold worldwide.

In 2015, Monsanto "made nearly $4.76 billion in sales and $1.9 billion in gross profits from herbicide products, mostly Roundup," notes financial blogger Maxx Chatsko on the Motley Fool. Unsurprisingly, Monsanto mounted a massive disinformation campaign to hide Roundup's potential link to cancer. "We now know they had pet journalists who pushed Monsanto propaganda under the guise of 'objective reporting,'" Tim Litzenburg, a partner with the law firm Kincheloe, Litzenburg & Pendleton who represents several plaintiffs suing Monsanto over Roundup, told the Guardian in 2019. "At the same time, the chemical company sought to amass dossiers to discredit those journalists who were brave enough to speak out against them."

In 2016, Bayer, a German multinational pharmaceutical company, took over Monsanto. But the $63-billion acquisition has been called a "merger failure" primarily due to the more than 13,000 legal claims concerning the fact that Monsanto did not warn farmers and consumers of its product's potential carcinogenic properties.

Even if glyphosate is banned on a large scale, the majority of farmers will turn to other herbicides, the effects of which will likely also be debated. "It's probable [the glyphosate issue] would have happened with whatever herbicide had been associated with the [genetically engineered] crop revolution," said Benbrook. "It just happened to be glyphosate."

And then there's Mother Nature, who in the end, always wins. Perhaps the ultimate solution is to eliminate chemicals from the way we grow our food and move toward organic farming, which not only has the potential to be scaled up to compete with industrial farming but is much less harmful to human and environmental health—if only the political will were there to make the transition. The Rodale Institute, a nonprofit that supports organic farming research, says that "the myth that organic food can't feed the world isn't just wrong, it's downright counterproductive."

"Plants will evolve resistance to anything," Franck Dayan, a weed scientist at Colorado State University in Fort Collins, told ScienceMag. "Whatever we do, we'll have to face the way nature works."