How Republicans are exploiting the media's big weakness 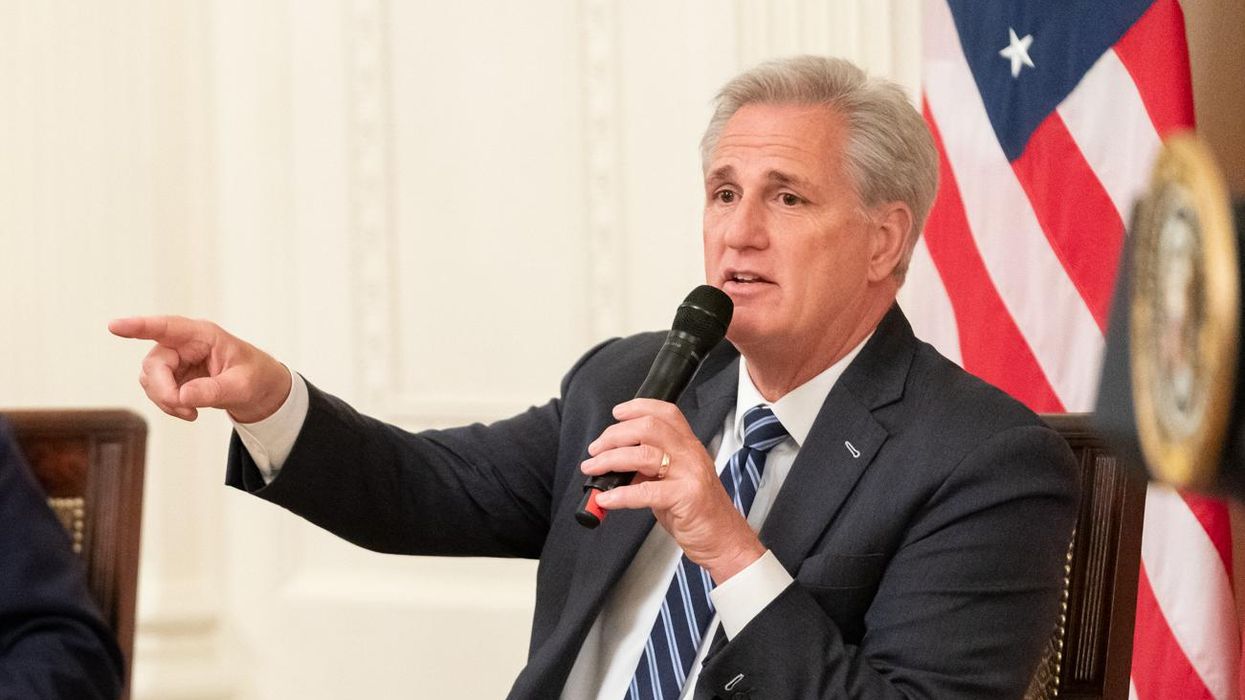 It was inevitable that a crisis at the U.S. border with Mexico would refocus the media away from the ongoing pandemic and the consequential economic fallout. Those are old stories and it appears that most people believe the nation is "rounding the turn," as Trump used to weirdly say. The immigration story, however, while one that repeats itself every few years, most recently in 2019, offers up a deeply satisfying new narrative for the media: "Donald Trump was right."

Never underestimate the overwhelming incentive for some in the press to seize on a storyline that allows them to prove that they are not the "liberal media" (or in today's parlance "the fake news media.") The situation at our southern border provides a perfect platform for them to show their even-handedness. Unfortunately, as with most such media moments, it's not even-handed in the least.

First of all, it is true that the situation at the border is a humanitarian crisis. The most acute aspect of it at the moment is the record number of unaccompanied minors — somewhere around 15,000 and growing — who are now under U.S. government protection as they await a judicial resolution to their asylum claims. This is a reversal of the Trump administration's cruel policy of forcing people to live in squalid refugee camps on the other side of the border. Needless to say, the Biden administration is scrambling to deal with this huge surge of children and teenagers. Obviously, they need proper shelter, medical care and expeditious resolution of their cases which, in most situations, means they are released into the care of family here in the U.S. or are placed with well-vetted sponsors. It is a challenge, to say the least. They are, by most accounts, moving as quickly as possible.

The main gripe from the news media is that the administration has refused to use the word "crisis" (they have since acquiesced to that demand) and they are not being transparent about how the children are being treated, raising suspicions even among immigrant advocates that they are hiding something. The administration says they are protecting the privacy of the children but it's obviously better to show the scope of the challenge and, hopefully, show that they are meeting it quickly. Worrying about "optics" in a situation like this is counter-productive. But let's be clear. The current hysteria is being ginned up by the shameless Republicans who are clutching their pearls over the alleged mistreatment of kids even as they are insisting that Trump's cruel policies should be immediately reinstated as if they were highly successful. They were not. This current surge has been coming on for many months, as MSNBC's Mehdi Hassan pointed out in this interview:

To the extent the border was "closed" under Trump, it was due to the pandemic and only applied to the normal cross-border businesses which, for all of the hand-wringing by Republican politicians about the economy, never seemed to come on their radar. These towns and the people in them from both countries have been suffering from the border being closed but the migrant surge was growing all through 2020. And, as we know, this isn't the first time this has happened. For a number of complicated reasons, there will from time to time be surges of migrants, often families or unaccompanied minors from Central America, to the border. From 2013 and 2018, between 300 and 450 thousand asylum applicants came to the border each year and generally speaking, there is more or less attention to the problem depending on where the crisis peaks in the election cycle. You may recall that in 2014 there was a surge of unaccompanied minors that caused a massive paroxysm on the right which led to the loss of one very powerful Republican House member as well as a disgusting display of racist rhetoric by the usual right-wing media suspects. In fact, that period was one of the leading factors in the rise of the demagogue Trump who rode to the White House spewing lurid fears about immigrant rapists. The "caravan" hysteria of 2018 was Trump's main mid-term tactic. It did not pay off at the polls but did manage to inspire a mass murder.

Today, the GOP is shrieking that Biden has declared the border to be open (it is not) and that it's his promise of a humane border policy that is driving people to apply for asylum. If that's true it would seem to be important for the press to at least address the fact that 2019 had by far the highest number of apprehensions in over a decade. And it sure as hell wasn't because of Trump's generous immigration policies.

Journalist Heather Timmons of Reuters offered some context on Twitter that shows why so many people who have followed this issue for years are frustrated with the current coverage. It's not that things aren't bad at the moment, they are. But put in historical context, this specific crisis is par for the course. She notes that apprehension levels are lower than in the Trump administration, peaking at that a massive number in 2019, and much lower than during the 2000s, a period when there was quite a bit of active bipartisan cooperation on the subject but which, sadly, came to an end as the partisan acrimony accelerated at the end of the Obama administration.

The Republican party is now solely committed to politics via culture war, using media, state legislatures and the federal courts. And nothing gets their culture warriors' juices flowing like racial unrest and immigration. Sure, rending their garments over Mr. Potatohead is lots of fun, but this is what goes directly into the right-wing lizard brain. They are the ones feeding this story which you can easily tell by such fatuous nonsense as the immigrant-hating extremist Stephen Miller declaring the Biden administration "morally monstrous."

The media must cover the story, of course. But it doesn't have to pull theatrical stunts as ABC did by sending its entire panel down to the border to absurdly seat them in front of the "wall" for its Sunday show. Neither does the Washington Post need to headline a big feature with the grossly provocative "'No end in sight': Inside the Biden administration's failure to contain the border surge" which ignores their own paper's own reporting last fall about the surge already happening under the Trump administration. They should leave this sort of thing to Fox News, which knows how to make a profit at it.

The mainstream media can educate the public without ratcheting up the hysteria by calmly providing the historical context for this surge and all the ones that came before. If they fail to do this we're going to see yet another surge of dangerous, right-wing anti-immigrant demagoguery injected into the mainstream of American politics at a moment when feelings are running very high and there is bloodlust in the air. They need to tone it down for the sake of the people who are going to pay the price if it gets out of hand.