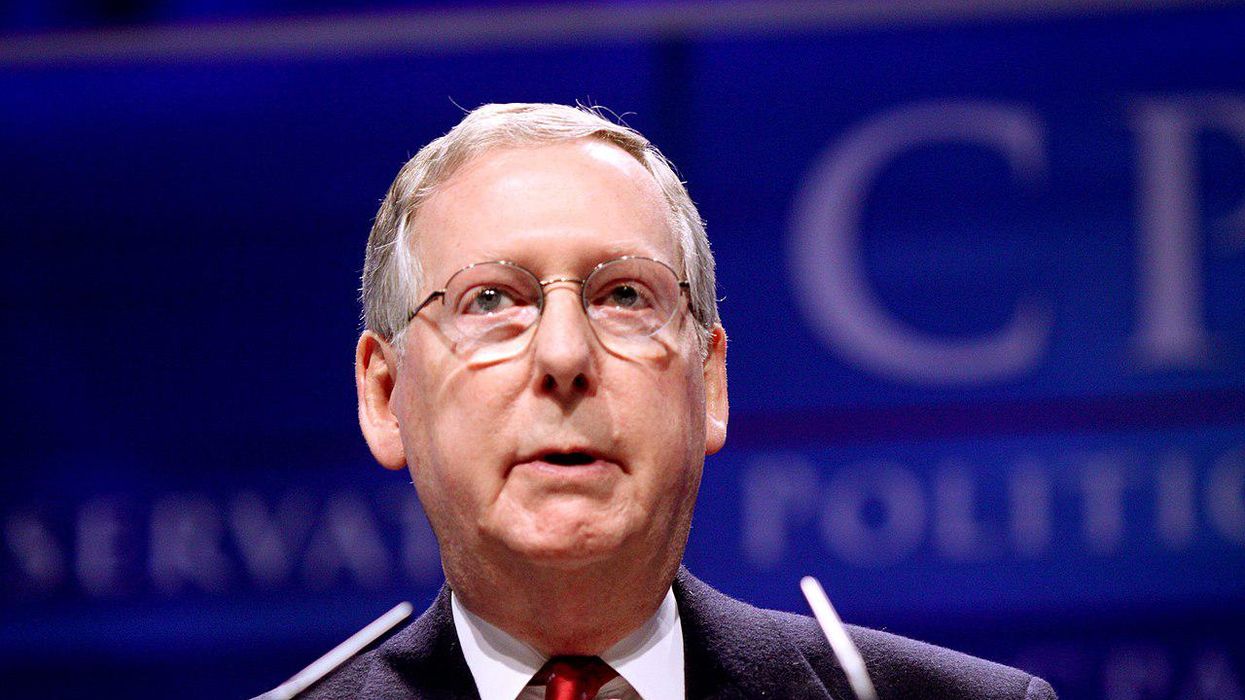 When the American Rescue Plan Act of 2021 — a $1.9 trillion coronavirus relief package — was passed by U.S. Senate over the weekend, not one Republican senator voted for it. Liberal Washington Post opinion writer Greg Sargent, this week in his column, argued that the bill is not only designed to help blue states, but Americans in general. And he slams GOP opposition to the bill as a classic example of Republicans harming their own voters.

"When every Senate Republican voted against President Biden's $1.9 trillion rescue package over the weekend," Sargent explains, "it revived a question that analysts have asked about the modern GOP for decades: Why do so many conservative Americans vote against their own economic interests? A new analysis by three leading political scientists theorizes this question in a fresh way: by comprehensively analyzing the political economy of red states, relative to that of blue ones. In so doing, they have captured some striking truths about this political moment."

That analysis was authored by Jacob Grumbach, Paul Pierson and Yale University's Jacob Hacker, who told Sargent, "Red America is falling farther behind, but the politicians who represent it at all levels have gotten more unified on an economic agenda that hurts the people who live there."

Sargent notes that the elements of the American Rescue Plan Act of 2021 include "large stimulus checks to most individuals, extended unemployment benefits, a big infusion of aid to state governments, and a new child cash allowance that could cut childhood poverty in half" — all of which, the columnist notes, are as helpful to people living in red states as they are to people living in blue states.

The Grumbach/Pierson/Hacker analysis, according to Sargent, "brings deep historical context to this problem."

Sargent explains, "For decades throughout the 20th century, it notes, the industrial economy — combined with large federal expenditures, particularly in the South — drove a 'great economic convergence,' in which poorer states steadily caught up with better-off ones. But more recently, the development of the knowledge economy, whose benefits are largely concentrated in cosmopolitan hubs, has reversed this trend. Meanwhile, in many red states — mostly in the South — the model of weak unions and low wages, which made them competitive for business inside the national market, is faltering in the face of globalized production."

The analysis of Grumbach, Pierson and Hacker reads, "Blue America is increasingly buoyed by the knowledge economy …. Red America is struggling to find a viable growth model for the 21st century."

According to the political scientists, "low road states" that have a lot of people who are struggling economically have something in common: right-wing governance.

"Consider the rescue package," Sargent writes. "It would provide a boost in financial assistance for people who get health insurance through the Affordable Care Act's exchanges. Those are people who might be struggling to afford health care amid the current economy, many in red states. Yet Republicans uniformly voted against this, after spending years trying to repeal the ACA with no alternative vision — and even as many red states have still refused to take federal money to expand Medicaid."

According to Hacker, Republicans use their advantage among rural voters in a way that only hurts those voters.

"Republicans enjoy a huge advantage because the Senate overweights rural areas and because Democratic voters are packed into urban areas, which is made worse by gerrymandering," Hacker told Sargent. "The tragic irony is that this huge rural bias also helps Republicans get away with ignoring the economic needs of their own constituents."