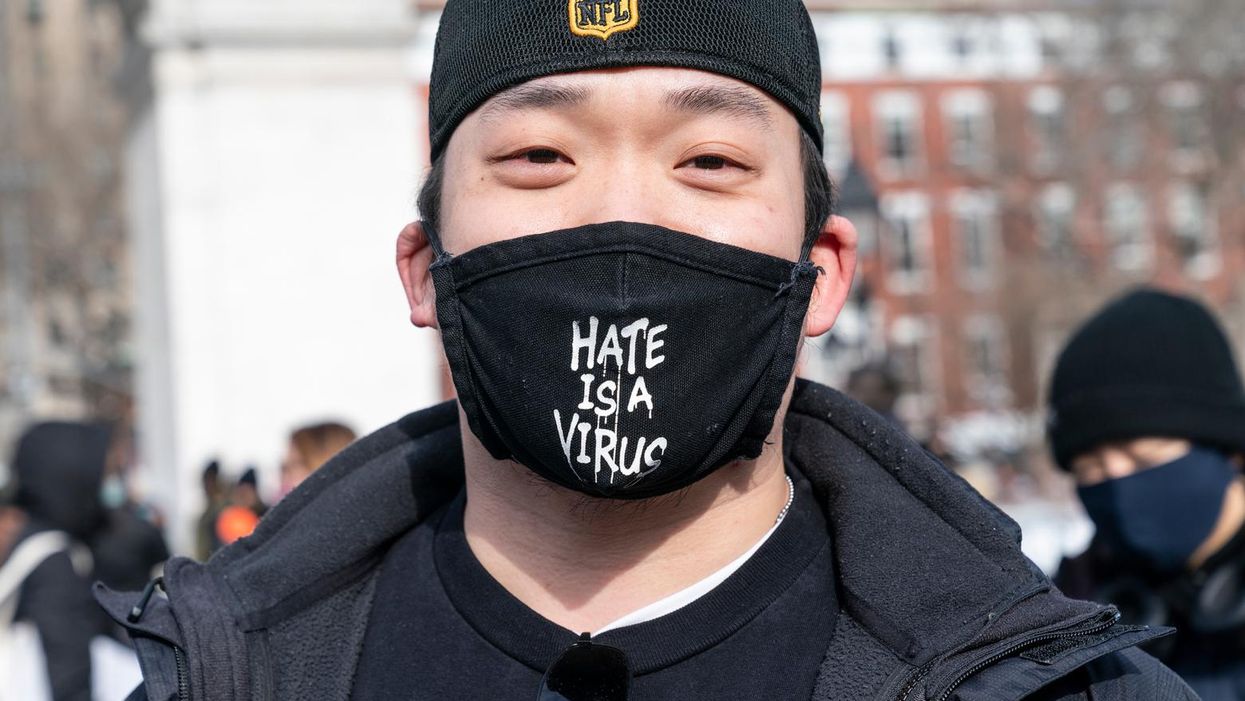 The United States is awash in hate. From the shootings at three Atlanta-area spas to the avalanche of voter-suppression bills sponsored by Republican lawmakers in 43 states in the aftermath of the November election, racial minorities and historically oppressed communities find themselves, once again, the objects and victims of hate.

Donald Trump may have gone to seed at Mar-a-Lago, but the hate he inspired lives on. If anything, the situation is becoming more dire. Hate in America is no longer the province of the kind of small extremist groups tracked by the Southern Poverty Law Center. The Republican Party, having been transformed by Trump, has also become an agency of bigotry and hate.

It's incumbent upon all of us to ask why this has happened. Unfortunately, there are no simple answers, and no simple remedies.

Racism and xenophobia, of course, are nothing new. They have a long and inglorious history that began with the European colonization of America and the arrival of the first slave ship in Virginia in 1619. Any attempt to understand the current uptick of hate must come to terms with this sad and awful legacy.

In general, and to their credit, academics, pundits, politicians and activists on the progressive left have done a commendable job in exploring this history, and in linking hate and bigotry to the inequalities of capitalism and the shortcomings of our legal system. The same cannot be said, however, of the left's understanding of the psychology of hate.

This is especially regrettable because there is a rich literature on the subject, ranging from the works of the Marxist psychoanalyst Wilhelm Reich to the writings of Hannah Arendt, Herbert Marcuse and Erich Fromm, and more recently, the essays of the cognitive linguist George Lakoff. You don't need an advanced degree in psychology to read, appreciate and absorb their insights into the appeal and allure of fascism and other forms of authoritarianism.

But perhaps the best introduction to the psychology of hate can be found in the 1931-1932 correspondence between Albert Einstein and Sigmund Freud. Although Einstein and Freud only met face-to-face once, in 1926 in Berlin over the Christmas holidays, they exchanged ideas in a little-known set of letters in which they addressed the nature of war, hate and violence in the uneasy quiet before the Holocaust and World War II.

I came across the letters four years ago as I tried to comprehend Trump's improbable electoral victory. What I learned helped prepare me for the dark years of Trumpism that lay ahead.

Einstein initiated the exchange with Freud at the request of the International Committee on Intellectual Cooperation, an agency of the League of Nations created in 1922 to generate cross-disciplinary dialogue between scientists, researchers, teachers, writers and artists.

The committee invited Einstein to start a dialogue with a scholar of his choosing. Einstein selected Freud, to whom he wrote in April 1931.

In his introductory letter, Einstein invited Freud to reflect on the "evils of war" in light of Freud's theory of "how inseparably the aggressive and destructive instincts are bound up in the human psyche with those of love and the lust for life." In a subsequent letter written in July 1932, he asked if there was "any way of delivering mankind from the menace of war" once and for all, and if hate could ever be erased from society.

Freud delayed his response, apparently out of concern that his ruminations would appear overly pessimistic. "All my life," he reportedly told a League of Nations official about Einstein's effort to reach out to him, "I have had to tell people truths that were difficult to swallow. Now that I am old [he died in 1939 at age 83], I certainly do not want to fool them." Nonetheless, he promised to answer Einstein's query.

Finally, in September 1932, Freud penned his reply, offering a concise distillation of his famous theory of the instincts:

"You are amazed that it is so easy to infect men with the war fever, and you surmise that man has in him an active instinct for hatred and destruction, amenable to such stimulations. I entirely agree with you. I believe in the existence of this instinct and have been recently at pains to study its manifestations. In this connection may I set out a fragment of that knowledge of the instincts… We assume that human instincts are of two kinds: those that conserve and unify, which we call 'erotic' (in the meaning Plato gives to Eros in his Symposium)… and, secondly, the instincts to destroy and kill, which we assimilate as the aggressive or destructive instincts. These are, as you perceive, the well-known opposites, Love and Hate, transformed into theoretical entities… Each of these instincts is every whit as indispensable as its opposite, and all the phenomena of life derive from their activity, whether they work in concert or in opposition."

After summarizing his theory, Freud added, "The upshot of these observations… is that there is no likelihood of our being able to suppress humanity's aggressive tendencies.… It is all too clear that the nationalistic ideas, paramount today in every country, operate in quite a contrary direction."

But all was not lost, Freud cautioned. Although war and aggression could never be completely eliminated, mitigating measures could be taken, emphasizing reason, culture, empathy and community. "From our 'mythology' of the instincts," he wrote, "we may easily deduce a formula for an indirect method of eliminating war. If the propensity for war be due to the destructive instinct, we have always its counter-agent, Eros, to our hand. All that produces ties of sentiment between man and man must serve us as war's antidote… All that brings out the significant resemblances between men calls into play this feeling of community, identification, whereon is founded, in large measure, the whole edifice of human society."

Becoming more concrete, Freud cited the "satisfaction of material needs and enforcing equality between man and man" as an indispensable component of any endeavor to temper aggression. He also endorsed the League of Nations as a means of advancing world peace.

The Einstein-Freud letters were published in 1933 in pamphlet form in German and English editions under the title "Why War?" The rise of Hitler, however, limited the press runs in each language to 2,000 copies.

Although the letters have fallen into obscurity, they offer two abiding lessons for anyone interested in combating the rise of hate in America today. The first is that it isn't enough to rid ourselves of individual tyrants like Trump. The antidote to hatred today, as it was in the 1930s and other times of crisis, is social justice at all levels of society and government through an unflinching commitment to programs and practices that enhance fairness in health care, work, education, housing, income distribution, access to legal services, and other basic aspects of life.

We have made a surprisingly good start on the road to social justice with the election of Joe Biden, but only a start. And that brings me to the second lesson of the Einstein-Freud letters—that the battle against hate is and always will be ongoing and incomplete. "Hate," as I have written before, "is a primal passion. Hate is part of our inherent makeup. We're hard-wired for it and can never entirely free ourselves from its grip."

So, even as we celebrate Trump's ouster, we have to gear up for the many battles that remain. Much as we might wish otherwise, we need to accept the grim reality that the haters among us aren't going away. They're here to stay, and we dare not ever forget that.