'She had crossed over': Friends and family members who became estranged over Trump are still on the outs 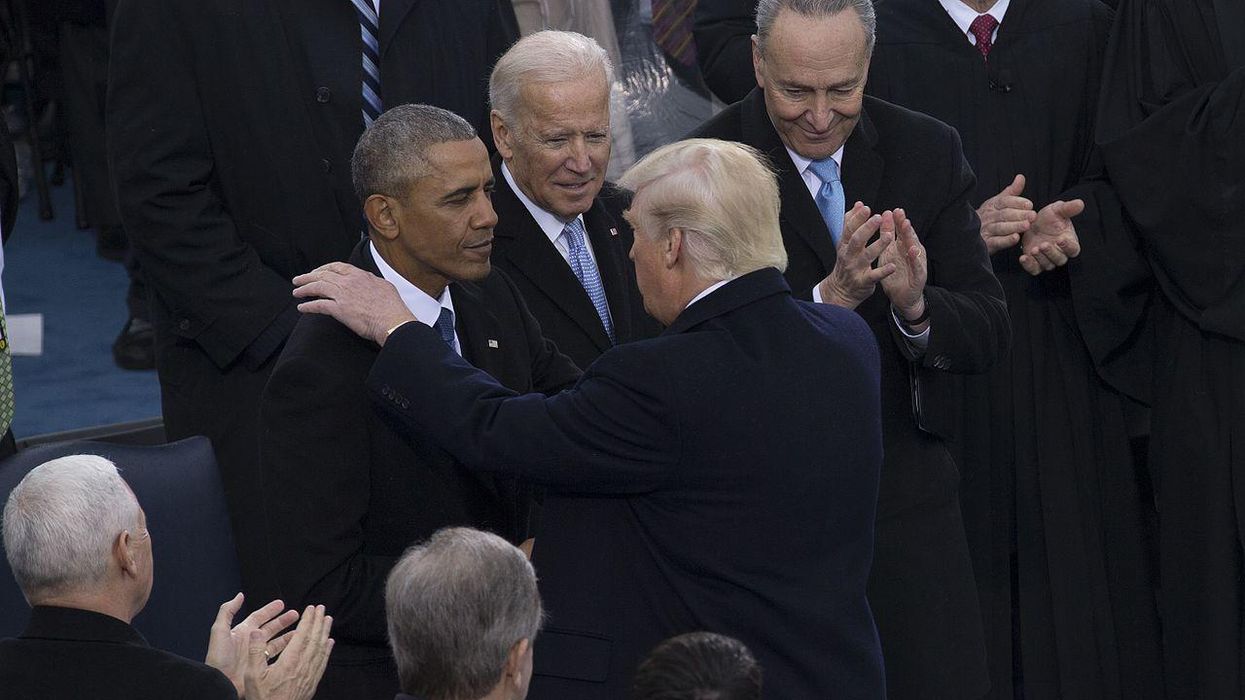 The political world has had its share of couples who agree to disagree: Democratic strategist James Carville and his wife, conservative consultant Mary Matalin (who changed her registration from Republican to Libertarian in 2016), former GOP Congressman Joe Scarborough and his wife, liberal pundit Mika Brzezinski (who host MSNBC's "Morning Joe" together). But Donald Trump's presidency was so bitterly divisive that many friends and family members literally quit speaking to one another because of their political disagreements. And journalist Joe Pinsker, in an article published by The Atlantic on March 30, laments that even though Trump is no longer president, they are still estranged.

"American political discourse was not exactly harmonious five years ago, but over the course of Donald Trump's presidency, it corroded even further," Pinsker notes. "What's called the national conversation is really just millions of people communicating with each other, and if you could tune out all the yelling, you might be able to detect some of the silences that have arisen when two people stopped talking entirely."

I recently interviewed a bunch of people who had relationships fall apart during Trump's presidency. Even though he… https://t.co/fVpXvOI2s7
— Joe Pinsker (@Joe Pinsker)1617121121.0

Pinsker cites 74-year-old Gilbert, Arizona resident and Mary Ann Luna as an example of someone who lost a friend during the Trump years. According to Pinsker, Luna's pro-Trump friend — who she had known for decades — "started parroting Trump in daily conversation" and "making racist remarks." Eventually, the friend quit speaking to her.

Luna told Pinsker, "She had crossed over to a side I had never known or seen before. I will miss the old person, not the new one."

Pinsker describes Corin Goodwin, a 53-year-old communications consultant in Seattle, as someone who "hasn't seen her dad since October 2016, when they had a falling-out over the presidential race, in which he supported Trump and she supported Hillary Clinton."

Goodwin told Pinsker, "When he passes, I don't know if I will even be informed — which really freaks me out."

Pinkster notes that the anti-Trump Helen Nguyen, a 41-year-old software engineer based in San Jose, California, "has had bitter arguments with her dad about" Trump. Nguyen told Pinkster, "I (feel) like we are strangers living under the same roof."

Emily Van Duyn, a professor of communications at the University of Illinois, offers some insights on why many Americans now take it so personally if someone disagrees with them politically.

"Politics isn't just politics anymore," Van Duyn told Pinsker. "Political identity now encompasses so many other things — our social identity, our morals, our values…. I think (Trump's) bombastic approach to social mores, in many ways, forced people to have a reckoning around, 'Oh, my spouse supports Trump — what else does that encapsulate now? If he supports Trump, does he also hate me as a woman?'"

Over the years, President Joe Biden has never had an "us versus them" approach to politics. Biden has attacked Trump with a vengeance, but he has stressed that he doesn't view conservatives in general as bad people — and he famously had a very cordial relationship with the late conservative Republican Sen. John McCain of Arizona. In fact, McCain's widow, GOP activist Cindy McCain, endorsed Biden over Trump in the 2020 presidential election.

But Pinkster stresses that although Biden has avoided having a divisive tone, the bitter divisions of the Trump years haven't gone away.

"The relationships that frayed in the Trump era won't necessarily be mended in the Joe Biden era," Pinsker laments. "Some people I interviewed said that they were open to reconciliation when Trump was president, but several others said they weren't then and aren't now. One of Biden's hopes for the country is 'to turn the page, to unite, to heal.' He's only a few months into his term, but no one I was in touch with has any newfound interest in repairing their relationship now that Trump is out of office and largely out of the news."