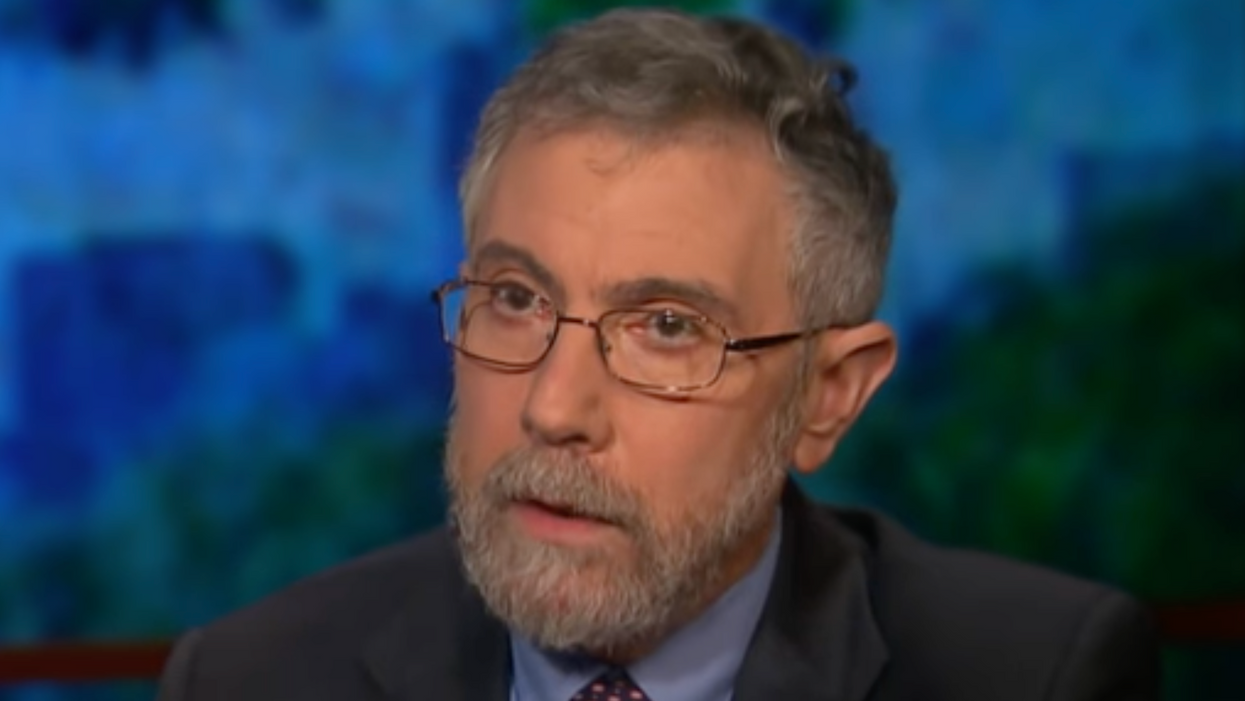 When Republicans defend junk health insurance plans that leave Americans bankrupt during an illness or variable-rate energy plans in Texas that result in $16,000 bills during severe weather, they use words like "options" and "choice." But liberal economist Paul Krugman, this week in his New York Times column, argues that Americans shouldn't be encouraged to choose options that can leave them in financial ruins.

Krugman comments, "Dan Patrick, the lieutenant governor of Texas, is clearly what my father would have called a piece of work…. He suggested that Texans who found themselves with $17,000 electricity bills after the February freeze had only themselves to blame, because they didn't 'read the fine print.' Funny, isn't it, how politicians who denounce liberal elitists sneer when ordinary Americans get into trouble? But something else struck me about Patrick's take on supersize power bills: How did we become a country where families can face ruin unless they carefully study something as mundane, as normally routine, as their electricity contract?"

The Times columnist goes on to lament that unregulated electricity in Texas "isn't a unique example" of an option that can prove disastrous.

"Many people end up with heavy financial burdens because they chose the wrong health insurance plan — yet even experts have a very hard time figuring out which plan is best," Krugman observes. "Using an out-of-network health care provider can also lead to huge medical bills. Wait, there's more. One cause of the 2008 financial crisis was the proliferation of novel financial arrangements, like interest-only loans, that looked like good deals but exposed borrowers to huge risks."

Krugman continues, "What these stories have in common is that they're snapshots of a country in which many of us are actually offered too many choices, in ways that can do a lot of harm."

Middle-class Americans now face the kind of cognitive burdens that used to be restricted to the poor https://t.co/35NDqUDjVj
— Paul Krugman (@Paul Krugman)1614687188.0

"It's true that both Economics 101 and conservative ideology say that more choice is always a good thing," he said. "The spread of this ideology has turned America into a land where many aspects of life that used to be just part of the background now require potentially fateful decisions.

Krugman stresses that in some cases, having more options is a plus. But in others, it can be disastrous.

"I don't miss the days when all home phones were owned by AT&T and customers weren't allowed to substitute their own handsets," Krugman notes. "But the argument that more choice is always good rests on the assumption that people have more or less unlimited capacity to do due diligence on every aspect of their lives — and the real world isn't like that."

Krugman adds, "In the real world, too much choice can be a big problem. The lesson of subprime mortgages, health insurance — and now, Texas electricity — is that sometimes, people offered too much choice will make bigger mistakes than they imagined possible."