Libertarians mocked for freaking out over 'dystopian' vaccine passports: 'Have these people never attended school?’ 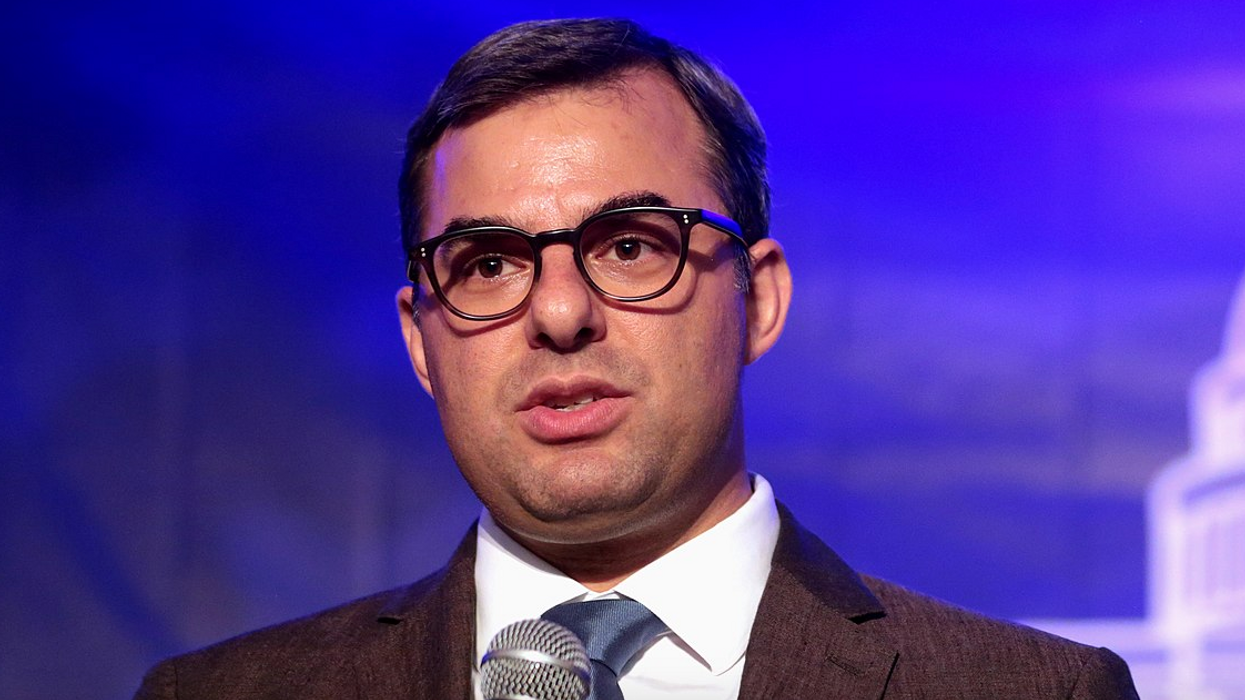 Lead by former Republican Congressman Justin Amash, libertarians across the U.S. are in absolute freak-out mode over "vaccine passports," an initiative being created and worked on by 17 private companies – but not the federal government – as a way for businesses to protect themselves, their employees, and their customers by knowing who has been vaccinated against the deadly coronavirus that has killed more than 550,000 Americans.

While not a Biden administration initiative, the White House supports the poorly-named "passports" and is co-ordinating efforts to develop and roll them out.

The travel and tourism industry, and businesses like restaurants, concert facilities, and others where large numbers of people gather are anxious to re-open fully and safely, but proof of vaccination apparently is just too much for libertarians and many conservatives, including Reps. Marjorie Taylor Greene and Jim Jordan, to handle.

Amash on Twitter is calling the idea of the passports "dystopian."

To be clear, the federal government is not requiring anyone to be vaccinated, contrary to conspiracy theories circulating. Nor is it requiring the passports and it is not involved in maintaining the data.

"Vaccine passports are not a new idea," US News reports. "Frequent international travelers might be familiar with vaccine cards, which are typically a yellow paper showing a persons' vaccinations. Certain areas require proof of vaccination against illnesses like yellow fever or tuberculosis."

US News also notes that "Andy Slavitt, a senior adviser to the White House coronavirus team, said on Monday that it's not the role of the government to create such a passport or hold that kind of data on its citizens."'

Amash and others, especially libertarian groups, are being mocked on social media for apparently not realizing that state and local governments in the U.S., and the federal government along with governments around the world for at least a century have required proof of vaccinations against many diseases.

@cmclymer As it happens, vaccine passports are yellow. Anyone who travels regularly to “exotic” destinations is fam… https://t.co/E9ZRa0jwUP
— Karen Leavitt (@Karen Leavitt)1617093014.0

These clowns can’t even get their own abuse of analogies right. If the vaccinated folks are the ones wearing the st… https://t.co/cqO0RH0RiS
— Sheer Ganor (@Sheer Ganor)1617076351.0

Interesting that so-called libertarians focus exclusively on their individual "freedom" but never on the costs of t… https://t.co/aswlabVJrh
— Asha Rangappa (@Asha Rangappa)1617112901.0