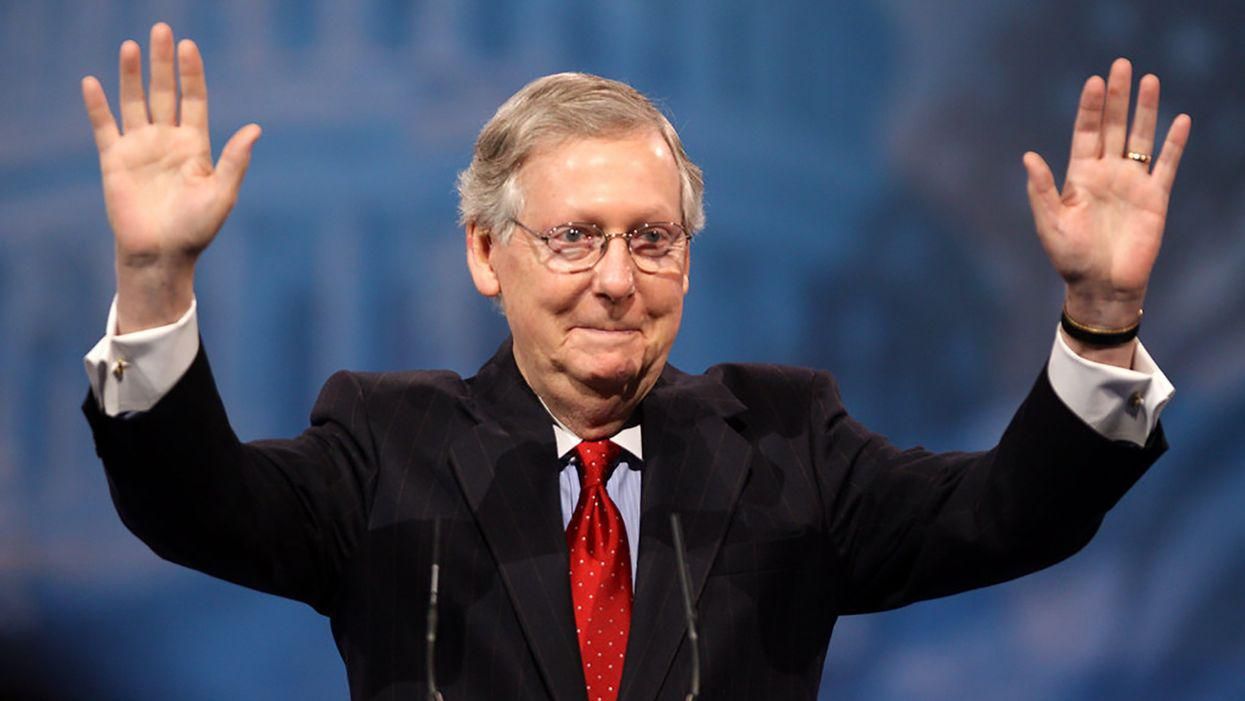 Last week, Senate Minority Leader Mitch McConnell made headlines with the ridiculous statement that the filibuster has "no racial history at all. None. There's no dispute among historians." That required immediate cleanup from his communications staff, who had to interpret for McConnell. The origins of the filibuster, they said, were what he was talking about. Which is ridiculous, on all counts.

The origins of the filibuster were ignominious, to be sure, but only because it was Aaron Burr who inadvertently created it. After having killed Alexander Hamilton in that duel, Burr was still vice president and for some reason senators were paying attention to him. Burr, as vice president, thought that the Senate rules were too messy and cluttered. He suggested that the previous question motion could be jettisoned because it wasn't really being used.

The motion is still used in the House. It's how a simple majority ends debate. But the handful of senators who had all known each other forever figured they could work stuff out without that rule, so away it went. For a century or so that was pretty much fine.

Until after the Civil War. Go figure.

This is where the McConnell flack's explanation really does McConnell no favors, because in reality the modern origins of the filibuster and how it's developed since Reconstruction is absolutely racist, and there is no way any objective person can paint that history as anything else.

"You start to see civil rights bills pass the House in the 1920s, and it was consistently used to block them," Adam Jentleson, a former aide to Sen. Harry Reid and the author Kill Switch, a history of the filibuster, told Vox. "If there was any ambiguity in the antebellum era, it certainly shed that during the Jim Crow era—where it was widely taken for granted that the filibuster was directly tied to [blocking] civil rights." Kevin Kruse, a historian of race and American politics at Princeton University, agrees. "It's been a tool used overwhelmingly by racists."

Political scientists Sarah Binder and Steven Smith have also studied the filibuster, particularly how it's been used since 1917 when the Senate adopted a cloture rule—the ability to break a filibuster with 67 votes. Binder writes, "Of the 30 measures we identified between 1917 and 1994, exactly half addressed civil rights—including measures to authorize federal investigation and prosecution of lynching, to ban the imposition of poll taxes and to prohibit discrimination on the basis of race in housing sales and rentals." She adds, "Keep in mind, the 20th century filibuster scorched many civil rights measures beyond those that it killed outright."

The thing is, McConnell knows all this. He knows it very well, and until he declared that Democrats calling it a "Jim Crow relic" is "an effort to use the terrible history of racism to justify a partisan power grab in the present," he admitted the truth publicly. In writing. Saladin Ambar, an associate political science professor at Rutgers, quotes McConnell from just two years ago in McConnell's book, The US Senate and the Commonwealth.

When he wrote that book in 2019, he recalled how as a 22-year-old intern in the Senate, he watched his boss, Sen. John Sherman Cooper of Kentucky, help break a filibuster of the Civil Rights Act. "I saw that those who wrote to Senator Cooper were overwhelmingly opposed to the pending civil rights legislation. But Senator Cooper was undeterred," McConnell wrote. "He actively lobbied his colleagues to oppose the Southern Democratic filibuster being carried out against the civil rights legislation. I was exhilarated as I watched him take this courageous stance."

Now the attempt to maintain and expand those civil rights McConnell was so excited about has suddenly become a partisan power grab. As Georgia Republicans were preparing to enact a new and sweeping discriminatory voter suppression law, McConnell stood in front of the nation and declared, "States are not engaging in trying to suppress voters, whatsoever."

His historical revisionism is surpassed only by his histrionics over the likely end to the filibuster as his favorite tool. "These folks are not interested in compromise, they're interested in passing all of their bills to remake America," McConnell said in an interview last week. "It may not be the panacea that they anticipate it would be, it could turn the Senate into sort of a nuclear winter, where the aftermath of the so-called nuclear option is not a sustainable place." He'll go to any lengths, he's promising, to stop Democrats from ending the racist filibuster in order to stop racist voter suppression and restore democracy. All the while declaring that Republicans aren't acting on white supremacy.