The militarization of society is trapping us in a paralyzed republic 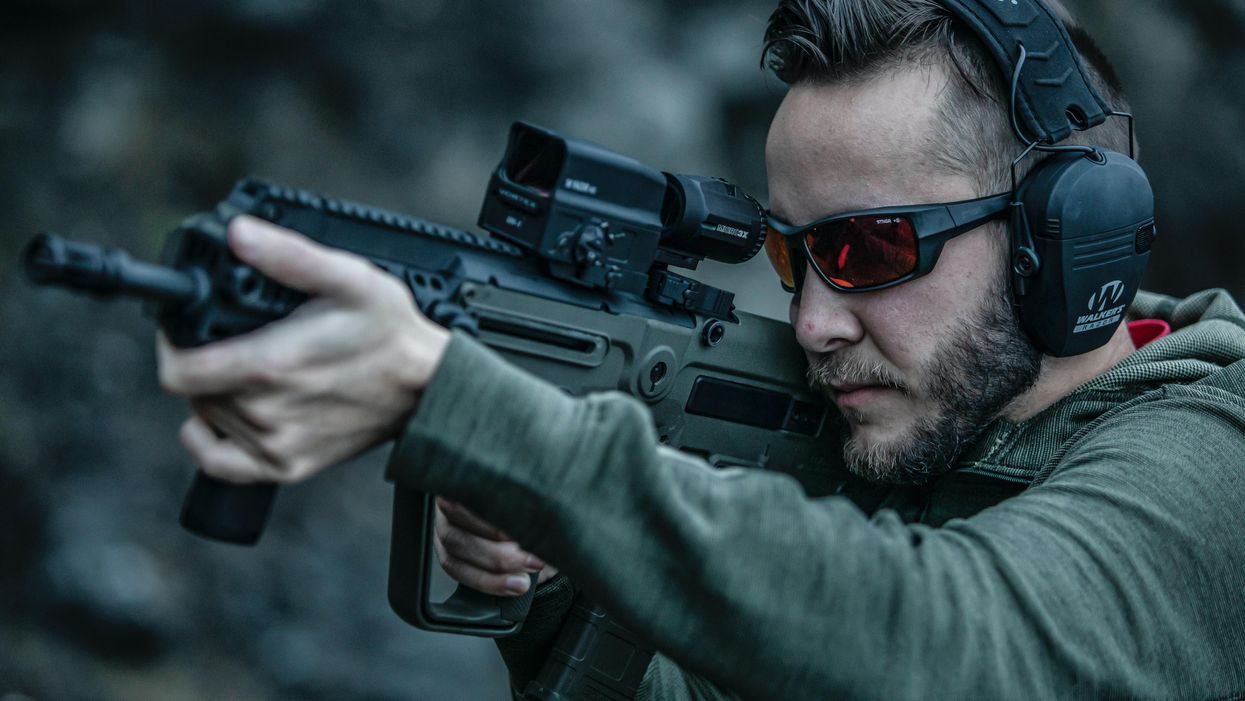 The Republicans in the US Congress insist it's a constitutional Second Amendment issue. The Democrats insist it's a commonsense safety issue. The press corps, which prefers binaries as a matter of professional convenience, frames the question just like that, as a tension between the right to bear arms and the right to peace. As long as that framing holds steady, there's no way for the conflict to be resolved (which is, as I mentioned Monday in an unrelated context, exactly how the press corps likes it).

This framing is useless. How is a free republic supposed to react in good faith to bloody massacres like the one last week in Atlanta and the one this week in Boulder, Colorado,1 if the conflict between diametric rights is forever deadlocked? Well, the answer is obvious. It does not. It is paralyzed. It has been for going on two decades now. A problem of democracy cannot be solved democratically even as the problem continues killing wholesale. It's no wonder many Americans have turned to military solutions to democratic problems, which, of course, make nearly everything worse.

We must concede this free republic of ours is not free. To be sure, some within it believe they are free—white men, for the most part, who make a fetish of stockpiling as many weapons of destruction as they can. But these people are not free. They are not only trapped by their own delusions, paranoia and fear, they are trapped in the same paralyzed republic the rest of us are trapped in. They are subject to the same risk of carnage, injury and death. The difference? They choose to make-believe they are free.

If we understand regular spasms of mass murder like the one in Atlanta last week and the one in Boulder this week as problems of democracy, and if we recommit to the principle that problems of democracy demand democratic solutions, we can see, I hope, that the issue is not one of individual liberties locked in struggle with no end in sight. There is a way forward—a democratic, equitable and constitutional way leading to greater freedom for all. There is a way forward if we choose to see one exists.

Democracy as faith, hope and freedom put in practice is not a way out of the dangerous situation we are all currently trapped in. Why? For the Republicans, democracy itself is "dangerous." It produced the first Black president. It will produce a new racially heterogeneous majority to replace the old racially homogeneous majority. It gives power, with enough time and effort, to those who had been subjugated to it. Such problems can't be solved democratically. They can only be solved by force.

When you expand the gun rights vs. gun safety frame, you can see the issue has played out in a historical context. The expiration of the assault weapons ban, in 2004, took place in the aftermath of the terrorist attacks of Sept. 11, 2001, which is to say, it took place as the country's conservative leadership at the time encouraged, promoted and later institutionalized the militarization of civil society and domestic affairs. The expiration was not the cause of our current bloody malaise. It was part of a larger trend in which militarized violence inside and outside the ranks of law enforcement became a legitimate and broadly accepted tool for solving democracy's problems.

We don't normally think of the militarization of American police departments as being linked to shooting massacres, but they are. Like the expiration of the assault weapons ban, they are part of the larger political trend, in the wake of the terrorist attacks of Sept. 11, 2001, in which militarized violence became an appropriate response to the outcomes of democracy. On the one hand, police became "warriors" constituting the thin blue line between "civilization" and "barbarism." On the other hand, white-power paramilitaries became "sovereign citizens" fighting against "tyranny." For both, the goal is "freedom," but the consequences have been, on the one hand, massive civil rights violations or even murder (in the case of George Floyd) while on the other, an attempted coup d'etat by a weak former president too vainglorious to admit defeat.

That some shooters are not white men is a distinction without much difference. They have been caught up in the stream of anti-democratic history, as you and I have been as inhabitants of a republic totally incapable of solving the plague of mass death. The world has always featured crazies and cranks. The militarization of American civil society, however, means these crazies and cranks don't need democracy to solve their problems. The option of reaching for a gun is always available to them. Their crimes are a result of that militarization. Therefore, militarization—the "good guys with guns"—is not going to solve the problem. It will only make the problem worse.