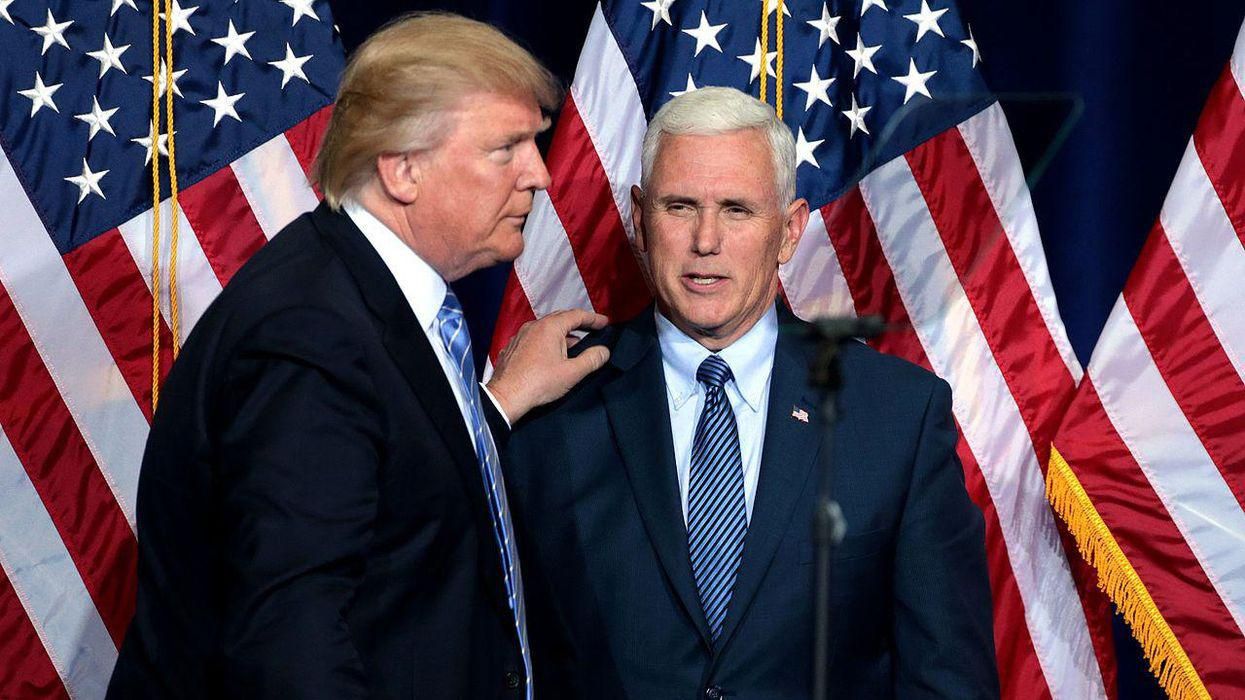 According to a report from the Associated Press, former Vice President Mike Pence is working on getting back in the public eye, reportedly with plans to make a presidential run in 2024.

However, as the report notes, his path to a possible Republican Party presidential nomination is fraught with landmines, the largest of which could be Donald Trump's indifference to his campaign or, worse still, the former president still blaming him for not attempting to overturn the 2020 election.

The report notes that Pence is emerging from the wreckage of the failed 2020 campaign with a possible book deal, a contract with a speaker's bureau and the admiration of fellow Republicans for sticking it out for four years under the unpopular former president.

"The former vice president is steadily reentering public life as he eyes a potential run for the White House in 2024. He's joining conservative organizations, writing op-eds, delivering speeches and launching an advocacy group that will focus on promoting the Trump administration's accomplishments," the report states before pointing out that Pence has already encountered a bump in the road when Trump didn't mention him when he listed off some possible contenders.

According to AP's Jill Colvin, "Trump's neglect in mentioning Pence during a podcast interview earlier this month signals the former vice president's unique challenge. For someone who built a reputation as one of Trump's most steadfast supporters, Pence is now viewed with suspicion among many Republicans for observing his constitutional duty in January to facilitate a peaceful transfer of power to the Biden administration, a decision that still has Trump fuming."

With Republican strategist Alice Stewart suggesting that Pence has "... a way of splitting hairs and threading the needle that has paid off in the past," the report notes that his allegiance to the former President may not do him any good if the unpredictable ex-president keeps harping on what he believes was a stolen election and assign partial blame to Pence.

"Skeptics, meanwhile, see another old, milquetoast white man saddled with Trump's baggage, but without his charisma. For these critics, Pence is a sycophant who debased himself for four years to avoid Trump's wrath — only to take the blame when Trump insisted, wrongly, that Pence could unilaterally overturn the results of the 2020 election," the report states. "The anger at Pence took a dangerously personal turn on Jan. 6 when rioters paraded through the Capitol chanting 'Hang Mike Pence' as a mob outside set up a makeshift gallows."

According to longtime Republican pollster Whit Ayres, "In many ways I think his future's in Trump's hands," adding that should Trump continue to blame Pence for not blocking certification of Joe Biden's win, "he's toast."

The AP, report adds, "In the meantime, Pence has tried to project the impression that he and the former president have mended fences, referencing their conversations at a meeting last month with members of the conservative Republican Study Committee."